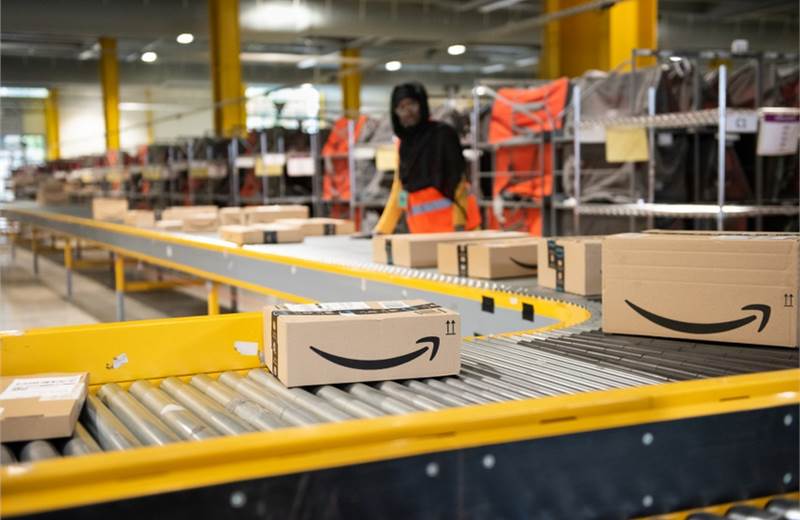 Amazon's growth from the Covid pandemic appears to be tapering. While we've become used to tech giants such as Amazon posting robust quarterly numbers over the past couple of years, the tech giant's latest earnings suggests some of this sheen may now be fading, as macroeconomic headwinds, Russia's invasion of Ukraine and China's Covid struggles hobble its business.

Its advertising business still managed to outpace other big tech platform rivals by growing 25% year-on-year. But this pace is sharply down from the 75% growth from a year ago.

While Amazon did post a $3.8 billion loss for the quarter (its first in seven years), this figure was attributed to losses from its investment in Rivian, the electric car venture, other figures pointed to increasing softness in the tech giant's business. For instance, the firm's North American and international consumer businesses both posted operating losses for the first quarter. Then, sales at the core Amazon.com online business fell by 3%. Their forecast was muted too—revenue is predicted to grow 3-7% in Q2 compared to double-digit growth rates in the past that reached as high as 42%.

“The pandemic and subsequent war in Ukraine have brought unusual growth and challenges,” said Andy Jassy, Amazon CEO in a media statement. Elsewhere, macroeconomic headwinds and a pandemic overhang in China buffeted Amazon's business in the past quarter.

"Line haul air and ocean shipping rates continue to be at or above the rates in the second half of last year, which were already much higher than pre-covid levels," Brian Olsavsky, chief financial officer for Amazon told analysts in a post results review. "Some of this is due to the impact of the Omicron variant in China and labour shortages at point of origin, and the start of the war in the Ukraine has contributed to high fuel prices."

As an example, he noted that that the cost to ship in overseas containers more than doubled compared to pre-pandemic rates. "Combined with the year-over-year increases in wage inflation, these inflationary pressures have added approximately $2 billion of incremental costs when compared to last year," Olsavsky added.

For the past quarter, revenue was up 7%, versus 44% in the year-ago period. This is the slowest growth for Amazon since the dotcom bubble burst in 2001. The growth in revenue was driven by its web services business, which grew at 36.5% to $18.4 billion, accounting for 56% of its revenue.

As growth cools, CEO Jassy also pointed to a change in thinking at Amazon. "Our consumer business has grown 23% annually over the past two years, with extraordinary growth in 2020 of 39% year-over-year that necessitated doubling the size of our fulfilment network that we’d built over Amazon’s first 25 years—and doing so in just 24 months," he added. "Today, as we’re no longer chasing physical or staffing capacity, our teams are squarely focused on improving productivity and cost efficiencies throughout our fulfilment network."

As growth cools, the company is now switching to cost conservation mode, CFO Olsavsky admitted. "We have lowered our operation's capital expenditures for 2022," he told analysts. He estimated that around two-thirds of the $6 billion in incremental costs "are within our control" and Amazon is "focused on rightsizing our cost structure and driving out any cost inefficiencies."