Shell Lubricants has launched a TV campaign titled ‘Mera Mehnati Hamsafar’ (My hard working companion) for its brand of engine oils Shell Rimula. The TVC created by JWT Pakistan has been on air since 1 September and will run for a month.

A film titled ‘Ration’ opens at a harbour, where goods are being loaded on a truck. The truck sets off and starts its climb atop a mountainous terrain. The driver, who is the protagonist of the story, stops to help another truck that has broken down. He hands his counterpart some Shell Rimula oil and refers to it as ‘Mera mehnati humsafar’. A visual and voice over explain the benefit of the product. The next frame shows the goods from the truck being offloaded at a ration depot. A grateful old man who has just picked up his ration supplies walks over to the driver to express his appreciation of the driver’s efforts in reaching the supplies. The voice over and a super sign off while the truck embarks on another journey: ‘Shell Rimula. Mehnati itna, aapke jitna’ (Shell Rimula – As hardworking as you).

A second film shows the protagonist transporting medicines to a far away region.

On the campaign, Mansi Tripathy, head, marketing, Shell Lubricants India, said, “We are really proud and happy to be launching this new TVC for Shell Rimula which celebrates the hard work endured by the truck drivers. The technology of Shell Rimula heavy duty diesel engine oil helps reduce engine wear up to 35 per cent.”

Muhammad Adil, creative group head, JWT Pakistan, added, “In the recent campaign of Shell Rimula which revolves around the theme of ‘Mera Mehnati Hamsafar’ we have tried to highlight the hard work a truck driver puts in, day and night, away from his family and loved ones, alone on the road, by himself. The TVC acknowledges a trucker who becomes instrumental in supplying essential goods to people and making their lives better and raises his profile from just a carrier of goods to that of a carrier of hope and happiness.”

“We have tried to depict how Shell Rimula is the trusted partner of the trucker who keeps going without stopping. Thus establishing how it has become a part of everyone’s life,” he explained. 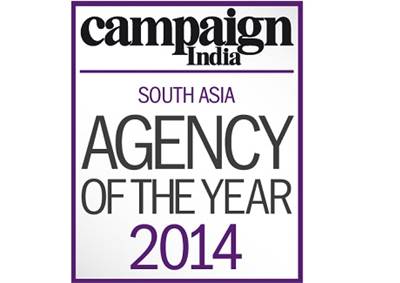 Agency of the Year 2014: Shortlists announced