Hyundai i20 spooks a ‘ghost’ with its features

Hyundai, a partner of the ICC, has launched a series of initiatives leveraging the ongoing ICC Champions Trophy 2013.

Created by Innocean Worldwide, the initiatives include two digital films, one to promote the Hyundai i20 and the other to showcase the brand's association with the ICC as a partner. The videos are being run on Facebook, Twitter, YouTube and Hyundai's corporate website.

On the digital activities, Nalin Kapoor, group head - marketing, Hyundai Motors India, said, “The audience on digital media is quite different from the one consuming conventional media. We thought of creating digital film which is targeted at younger audience present on internet. The idea was to create buzz, virality, engage with the consumers using humour and at the same time communicating features.”

On using digital, he added, “The beauty of the digital media is that unlike the TV advertisements in which we have a limit of 20 or 30 seconds, the duration of commercial for digital media can be increased which gives enough time to the advertiser to build and communicate the story; and to the consumer to engage and digest the brand essence. The digital film is already there on major video platforms like Youtube, social media pages on facebook, twitter and also on our corporate website. We have already received three lakh-plus views within four days of uploading the video on web.”

Besides the digital films, a TVC has also been rolled out.

In the TVC, a man is shown sitting on a bench and reading a newspaper, accompanied by a dog. A Hyundai i20 stops close to him and two cricketers step out of it. He's alarmed as the cricketers are followed by a television crew consisting of cameramen and commentators. They soon get back into the car. Just as he gets back to reading the paper, a group of supporters are then shown charging towards the car. They enter the car, kindling the protagonist’s curiosity. He peeps into the car and sees a cricket match going on through the window. He decides to join in and steps into the car. In the next scene, he's shown in a stadium enjoying a cricket match.

Hyundai has also rolled out an anthem, print ads and billboards for the tournament. The automobile player will also send 10 Hyundai customers to England to watch the tournament, courtesy a contest. 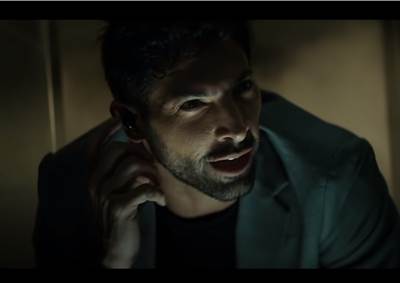 Hyundai's i20 helps agent complete his mission before time 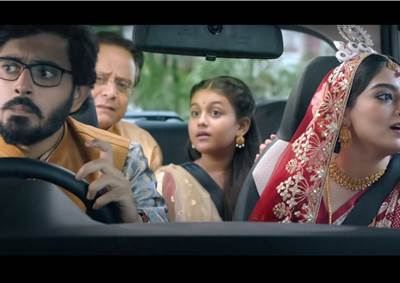