Ford is to launch its first all-electric SUV, the Mustang Mach-E, with a multichannel campaign, "Watch me", created by BBDO Germany.

For 2021, Ford has committed 70% of its 2021 passenger vehicle marketing spend to three brands; the Mustang Mach-E, the Kuga range and the Puma EcoBoost hybrid.

“It’s a big change in terms of where we're investing our money," said Peter Zillig, marketing director of Ford of Europe. "Clearly we're still selling vehicles like Focuses and Fiestas, but we will manage those through other channels, at a more efficient media cost. Our big money is going behind those three nameplates, because they are the biggest articulation of our electrified future.”

The 'Watch me' campaign is designed to fit with Ford’s "Bring on tomorrow" branding, which the company introduced through BBDO across Europe at the end of the 2019. Geared towards electrification, the positioning is described by Zillig as “a beacon for where this great company is headed”.

According to Zillig, Ford is already reaping the benefits of this investment strategy, as 46% of passenger car sales in Europe in Q1 of 2021 have been electrified vehicles.

'Watch me' which will be released in the UK from 14 May, features a young woman driving while lip-syncing to James Brown’s 1970 track Call Me Super Bad. As she passes bystanders including shoppers, street musicians, joggers and a dog walker, they all seem to react and join in with the track, which includes the campaign title, "watch me", in its lyrics.

The 90-second spot, along with edits from six to 60 seconds, will launch on TV and video-on-demand channels, along with social, digital, print, OOH and radio ads.

The campaign was created by Till Diestel, Wolfgang Warzilek, Erick Barrios Hernández, Erin Conboy, Florestan Roesemann, Deepanjali Singh and Dara Kleyer, and directed through Iconoclast by We are from LA, the duo behind music videos such as Happy by Pharrell Williams and Dua Lipa’s Fever. Media buying ishandled by Mindshare and activation by GTB.

The print and OOH imagery is by British fashion photographer Tom Craig, who has worked with celebrities such as Jodie Comer and Michaela Coel, and whose work has featured in publications including Vogue and The Sunday Times, and in campaigns for Louis Vuitton, Alice Temperley, and Mr Porter. It’s the first time Ford has enlisted the skills of a fashion photographer for an ad campaign. 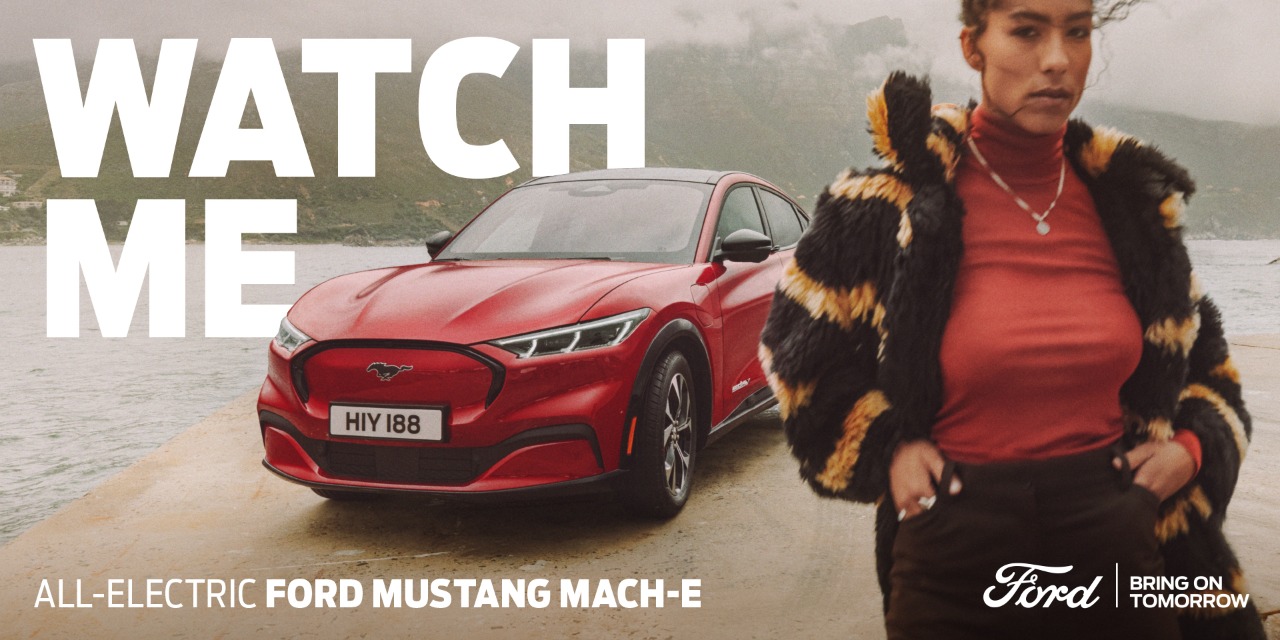 Diestel, chief creative officer at BBDO Germany, explained: "At present all advertising channels are being flooded with electric vehicle campaigns and this intensity will increase even more during 2021.

"We are seeing a large number of similar visuals and campaign mechanics. So we considered it important to adopt a special and innovative approach to the market launch – something worthy of that description. Something that deeply reflects the DNA of the legendary Mustang brand."

Zillig said the work was a positive departure for the electric vehicle sector.

“Customers have been inundated with advertising that all looks and feels the same,” he said. “This insight, combined with the unique soul and ‘swagger’ that the all-electric Mustang Mach-E brings to the category, led us to create this spirited campaign.” 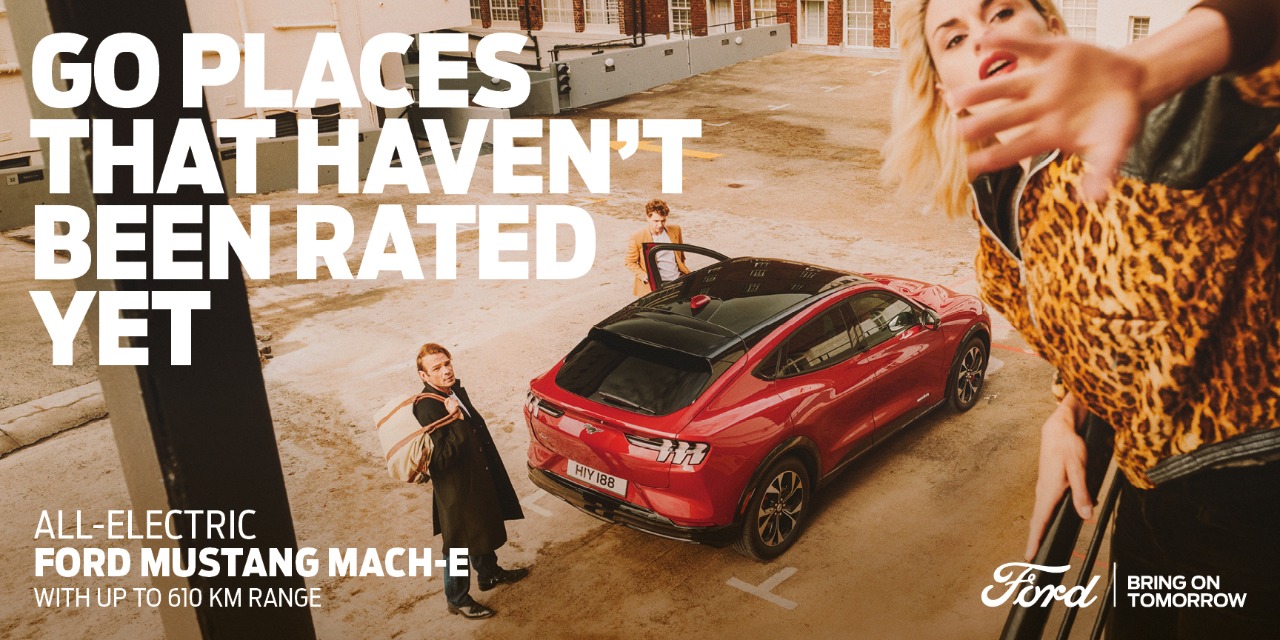 Ford is introducing 17 electrified vehicles in Europe by the end of 2021. By mid-2026, 100% of Ford’s passenger vehicle range in Europe will be zero-emissions capable, all-electric, or plug-in hybrid, moving to all-electric by 2030. 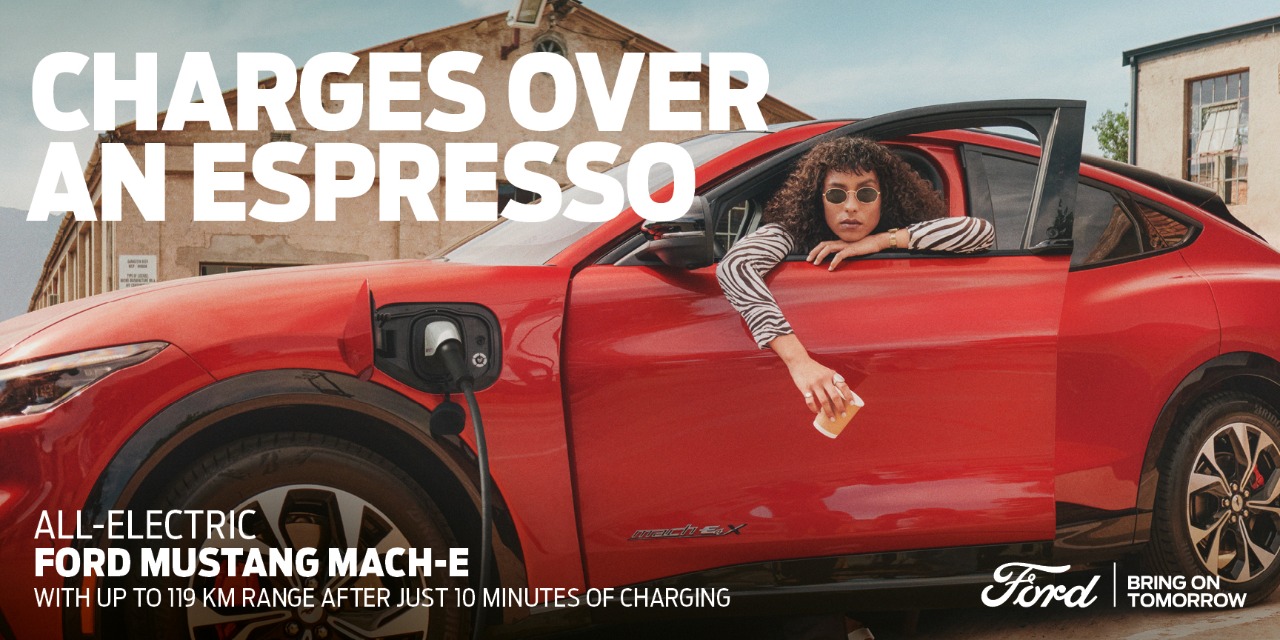 In April, Ford released an ad featuring a virtual cityscape to promote the brand's new Kuga model. This followed "Heartbeat", a campaign for Ford’s vehicle maintenance service, FordLiive, which was released in March by Abbott Mead Vickers BBDO, and depicted Ford’s vans as the red blood cells of the economy.