Barun Das, CEO, TV9 Network issues an open letter to the NBDA board to express his dismay

TV9 Network has decided to exit the News Broadcasters and Digital Association (NBDA). The exit is due to the lack of initiatives the industry body has taken, resulting in further delay in the resumption of news ratings in the country.
In an open letter addressed to the NBDA Board, TV9 Network CEO, Barun Das, expressed his dismay over attempts, yet again, by NBDA to raise doubts over BARC data while aiming to further delay the data release for the news genre.
The NBDA issued a press release on 14 January 2022, demanding that 'before releasing the ratings make systems more transparent, robust and reliable without any manual intervention.'
The NBDA press release was issued after the Information & Broadcasting (I&B) ministry asked BARC to immediately resume news ratings.
The ministry’s decision came at the back of sustained efforts of several news channels, working with various stakeholders - after suffering revenue and credibility loss for more than one year.
Das said, “We, TV9 network, a full member of NBDA, do not subscribe to this view of NBDA Board. This seems to be a viewpoint of select members of NBDA and certainly not that of the entire NBDA. As a full member of NBDA, we have tried to reason with NBDA repeatedly but to no avail. I am not sure whether NBDA wants the ratings to resume at all. The latest NBDA communication only makes a bad situation for the news industry worse.”
He added, "I have been trying to reason with NBDA repeatedly but to no avail. On the contrary, NBDA has been expressing views in public on the most critical issue pertaining to the news genre, which I am complete in disagreement with. Therefore, I am left, with no option but to withdraw from NBDA with immediate effect.”

TV9 gets Barun Das as CEO 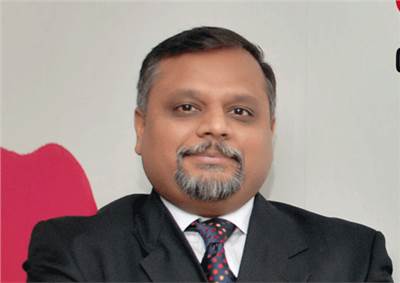