Some brands have built their entire P&L on Zepto: Aadit Palicha

The founder and CEO of Zepto spoke about the genesis of the quick commerce company, what it means to users today and how far it’s expected to grow in times to come

Aadit Palicha, founder and CEO, Zepto, delivered a keynote speech at WPP’s Commerce 2022 event, which was held in Mumbai. Launched in July 2021, Zepto made its entry into the quick commerce market, with two teens (Aadit Palicha and Kaivalya Vohra) as founders.
Stating how the company has always had its doubters, Palicha said, “When Kaivalya and I started this company, the first piece of feedback we got from brands, senior executives and investors was that we were out of our mind to work out a 10-minute delivery model.”
The idea came about during the lockdown when Palicha would help deliver groceries to the elders in his society in Andheri.
He went ahead to share that the brand started to take shape when its first markets were launched in Bandra and Andheri, with quite a few customers using it.
However, he added that he still got negative feedback about the redundancy of fast delivery. “Although we had a few users, it was a very small fraction of the Indian consumer. We were termed as two kids that did not understand customers at all.”
Palicha stated that at the moment, Zepto has more than a million customers, with people using quick commerce on a day-to-day basis.
He added that the doubters continue growing though. "At first, we were told that nobody would want quick delivery. Now that we have the customer base, doubts arise about profitability."
“In this quarter, we launched 25 new stores, where most commerce, retail or online delivery companies have at worst, pulled out or at best stayed back,'' he added.
Busting myths
There is a fallacy about the likes and wants of people in tier two and tier three markets being dramatically different from the rest. Busting this myth, Palicha explained, “What we’re realising is that building a high-frequency use case in Mumbai versus Ahmedabad versus Vizag doesn’t have much of a difference. In fact, your cost structure is significantly lower to operate there, and hence you can charge customers much less. We’re also seeing some very promising early results there.”
The brand finds the traditional retail buying behaviours of the customers shocking. “I have never done a chain of offline grocery, but when I bring people on board, they’re blown away by it. We are seeing a user make two purchases a week on Zepto on average. What we’re seeing is also loyalty in wallet share and the speed at which it happens is unbelievable.”
Speculation of the future
"Quick commerce is going to be phenomenal and is going to take over all the parts of the country, especially where e-commerce, food delivery, live sharing and consumer intent, in general, have spiked", said Palicha.
About what the brand’s future game plan is, Palicha explained, “We’re looking at a sustainable business that’s taking a massive amount of wallet share from customers and has the potential to grow pan India. We’re looking at a journey of not just growth for Zepto, but for the key partners that we’re bringing along the way.”
He also stated that there are brands that have built their entire P&L on Zepto. “Quick commerce will be a big break for FMCG and groceries in commerce. The product market fit, the potential to go pan-India and the sustainability of this model is something we should all feel excited about.”
Palicha also gave examples of Coca-Cola, condoms, and the ice cream brand Magnum. “Today, we’re realising that not only can we change the game of how many times customers can get access to Coke throughout the day, but we can do it exactly in a way that Coca-Cola has envisioned for its brand. We also see a market for those who want instant delivery of condoms after a tiring day at work. And then for those who want to fulfil their cravings for a Magnum late at night. We believe that when someone had to go physically to a store to fulfil those cravings, there's only a 20% chance, but on quick commerce, it becomes 40 to 50%," he said.
Difference between e-commerce and quick commerce
“What we’re doing right now, is we’re going to brands and telling them that we understand our customer to the click. We can tell them what customers are searching for in their category and what they’re usually buying. More importantly, we can also tell them what they’re not buying or not looking at - even after adding the product to the cart and not checking out.”
Palicha stated that Zepto has all these insights which can help their potential clients know what their strategies are, the price points they’re operating at and why customers are not picking them over others on Zepto.
He ended by stating that brands have a huge stake in Zepto, since its proposition puts them in a position where they can access their customers significantly and more frequently, with better touch points. “We make it possible for consumers to not only think about you, but also buy you,” he surmised. 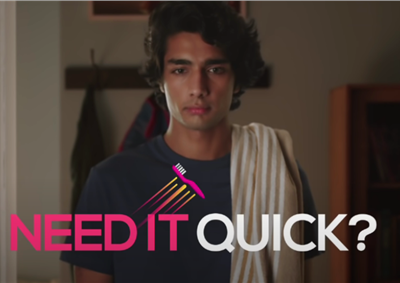