Mindshare, Maxus make it 1,2 at Emvies

It was déjà vu as the jubilant Mindshare team did the victory dance on stage after being awarded Media Agency of the Year at The Advertising Club Bombay’s Emvies 2009. Mindshare won the crown for the second consecutive time after winning two golds, four silvers and six bronze metals notching up 100 points in the final tally.Mindshare struck gold for Best Media Innovation in two categories – in Events, for Wheel’s Touring Talkies Jatra and in Digital for Axe Dark Temptation. 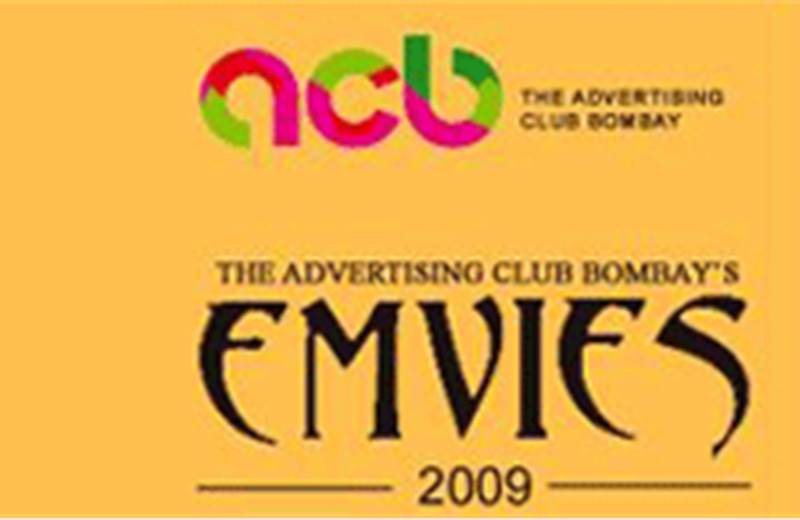 It was déjà vu as the jubilant Mindshare team did the victory dance on stage after being awarded Media Agency of the Year at The Advertising Club Bombay’s Emvies 2009. Mindshare won the crown for the second consecutive time after winning two golds, four silvers and six bronze metals notching up 100 points in the final tally.

Things only got better for other GroupM agencies as Mediacom won three silvers for its work on Gillette Mach 3 and Mediaedge:cia also scooped two metals for both its shortlists.

Mudra Max won the Grand Emvie for its ‘Women on wheels’ campaign for TVS Scooty. It also won a gold in Best Innovation in Direct Marketing for Park Avenue. In all, the agency won two golds and two silvers notching a total of 50 points.

Lodestar Universal stood fourth in the final tally, winning two golds, two silvers and a bronze. It won both its golds for its print and ambient media innovations for Tata Nano.

Two agencies - Lodestar Universal (for Tata Nano) and Mindshare (for Nimbooz) - won the People’s Choice Award for Best Case Study presentation. The RAM award for best radio innovation was won by Maxus for its work on Nokia 5800 Xpress Music.

We’re happy that we’re the second best agency. Last year too, we were at the same spot, so the plan was to maintain that position. As number two, it will make us try harder. The judging this time would have certainly been very tough. In fact, one of our Cannes entries for Tata Sky did not even get shortlisted at Emvies.

I’m absolutely delighted with our consistency over the last two years. What’s gratifying is that Maxus has also been winning and this year Mediaedge:cia, Mediacom have also done extremely well. So something’s certainly working well in our system. The quality of presentations has taken a big leap forward and we’ve invested heavily in training. I was bowled over by the kind of dedication and communication skills that went into it. The radio entries were exceptionally good, but the judges were pretty conservative. Some of the entries deserved gold, but they didn’t get any.

In categories like Integrated Campaign, there was dramatic growth with about 70 entries. It clearly points to the fact that both planners and clients are increasingly looking at media in a 360 degree manner. Digital also saw a big growth. Radio innovation had five shortlists, so it shows that radio has a lot of innovation happening. All that you see at the Emvies is a manifestation of the work that’s happening. So, radio is about integrating content, print is about impact, television is about seamlessly becoming the part of a show.

I think it is fantastic that Madison Media won an award for every category it was shortlisted for. This year, the judges were a bit stingy about the golds. In my opinion, a few more entries were definitely deserving of a gold. Having said that, I think it helps push the standard up. But the quality of the entries wasn’t dramatically better than last year, and I saw a hint of over-dramatization in the presentations. It is important to engage the audience but in doing so, one shouldn’t lose focus on the content or the strategy of the entry.

In such a competitive environment, when every agency has no option but to innovate and is rightfully doing so, these awards certainly mean a lot to us. I wasn’t happy with the way innovations in television were judged - I thought our work on Salaam-e-Ishq deserved a gold. Maybe we should have explained some case studies better. Learning from last year, this year we focused more on the writing of the presentations. We won more bronzes than golds, but I’d have wanted it otherwise.

Lodestar didn’t have many shortlists this year, so this wasn’t one of our best ones, but we’re happy that whatever we did, has got top honours. When we won the Nano account, we knew it was an important moment in history, considering how prestigious the car would be. Our work was simple, yet intelligent. The Nano is an example of a great product. That, along with our campaign, and the PR support contributed to Nano’s successful launch.

The TVS Scooty - Women on wheels campaign is really one of our jewels. As an agency, we want to have fun, make media a little spunkier, and our presentations this year reflected that. A few years back, when I was at Ogilvy, we won seven awards at the Emvies, participating as a creative agency. At Mudra, the idea is to carry the same winning streak forward.

Last year we didn’t win any metals and this year with three silvers, it is a huge improvement. So that gives us confidence to compete even better next year. I’m a little disappointed with the judging though. Especially in the categories in which we won, there was no gold awarded. We got a gold and a silver at Cannes for the same entries (Gillette), and it has gone on to win at all award shows.

This was my first time at the Emvies, since I am not from the media industry originally, and I thought it was an absolutely fantastic experience. Mediaedge:cia had two shortlists and we won both. I feel fabulous about that. However, I do feel a little let down about more of our entries not getting shortlisted since we had entered so many of them! But it also gives us a lot of inspiration to encourage the team. I can imagine what it must be like to walk up to that stage and hold that award in your hand!

When buying jewellery, women want to try it on to see in the mirror how it looks on them. The Femina reader would be a potential TG for Tanishq Aleya. So the agency simply pasted a mirror on the Femina cover. Below the mirror, on the cover is the creative of the Tanishq necklace. Whoever picks up that copy, can experience how the necklace would look on her.

Tata Nano 'How WE SAID IT uncommonly'
Agency Lodestar Universal

R K Laxman’s You Said It cartoon strip in The Times of India featuring the ‘common man’ has rarely ever featured a brand. But on the day of the much-awaited small car launch, Laxman’s 32 sq cm cartoon echoed the common man’s aspirations about the Tata Nano with a simple sketch. The innovation on Amul butter packs, won a Gold in Best Media Innovation -Ambient media.

In small towns, learning to drive a two-wheeler is a difficult task for women. The agency saw an opportunity in this and started a TVS Scooty School in several towns that went on teach women in small towns to ride two-wheelers. After a 6-day driving course, they would earn a license for a nominal amount of Rs 350. This entry also won the Grand Emvie.

Traveling cinema (jatra) is a big hit in rural Maharashtra. Wheel used well-known actress Alka Kubal Athalye as part of a Marathi film Nata Mama Bhachicha, who traveled along with the jatra, gave out tickets to patrons at the entrance and also interacted with them. Various cinema activations and advertising were executed for Wheel at the venues.

The male ego is hurt when somebody points out to them that their shirt is crumpled. In this campaign, the dhobi/the iron man was roped in to insert Park Avenue coupons inside shirt collars. When the user receives his shirts from the dhobi, he finds those coupons, asking him to buy himself a new shirt.

Using the word ‘Victa’ in the lyrics of a popular Bhojpuri song repetitively, apart from multiple brand placements of Tata Sumo Victa in the film’s script, the agency used cinema to make a dent for the brand in the media-dark areas of Uttar Pradesh, Bihar – regions where plain vanilla advertising on TV and print isn’t effective enough.

On 11 November, the agency created a 24-hour long road-block on all the major internet portals, with the Axe chocolate boy (seen in the commercials) crawling across the screen, allowing users to visit the website www.axeffect.com for an interactive experience.

To shake the youth of their slumber and lethargy towards elections and voting, the agency came up with a special series on Channel [V] titled Vote Ya Vaat, that used popular icons, celebrities and common people to urge viewers to vote. A microsite called Jaagore.com was the focal point of the campaign. Also created a character called ‘Soya Soya Chand’ on radio, besides a website www.whysosleepy.com