JWT’s global CEO discusses the shift to non-traditional marketing, cultural integration in a global organisation and providing challenges for both clients and creatives. 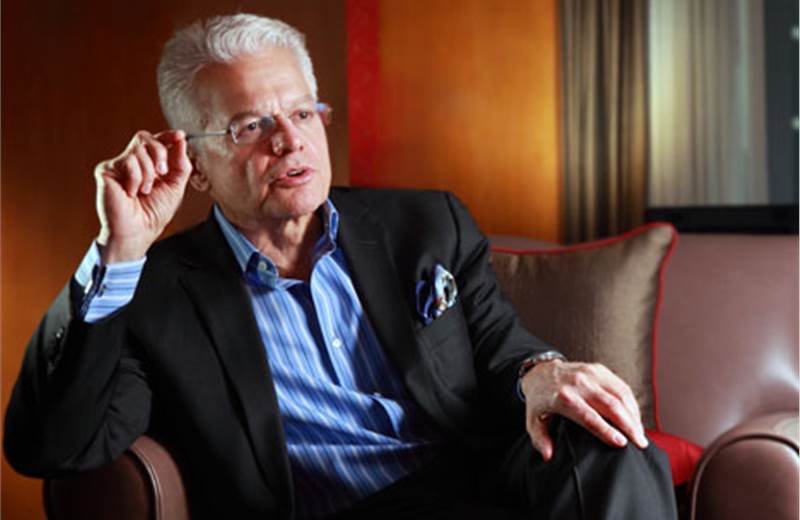 The timing of Bob Jeffrey’s visit to Asia could not have been more awkward. The global CEO of JWT landed in the region just as his agency was trying to make good a massive blunder in its India office. The embarrassing scandal, involving a series of sexually offensive scam ads created in the name of global client Ford, was making headlines globally. And so unsurprisingly, Jeffrey didn’t have India on his Asia itinerary. Neither would he comment on the scandal beyond the official statement that saw the network “deeply apologise for publishing of posters that were distasteful and contrary to the standards of professionalism and decency at JWT”.

On the surface, the crisis did little to damper Jeffrey’s visit to Hong Kong, where he met creative teams and his Asia-Pacific CEO Tom Doctoroff. Speaking on the eve of his 15th anniversary at JWT, Jeffrey showed off the network’s growth in the region, the recent move into Myanmar with Mango Advertising and the creative success of the network at awards shows like Cannes Lions and Spikes Asia in recent years.

He explained how JWT (which started its first Asian operation in India in 1929) saw the region outperform others last year. Much of the growth was led by acquisitions made in non-traditional areas of marketing. Of the 15 acquisitions the WPP agency made in the past decade, more than 60 per cent were in emerging markets — including Indonesia (with digital agency Magnivate), India (Hungama Digital Services), and Pakistan (Converge Technologies).

One of the most interesting — and successful — in the region is Always, which is JWT’s third-largest non-traditional company and China’s leading and largest field marketing company. That partnership formed in 2006 is something of a poster child for JWT. Its already diversified into JVs in other markets, and cited as a case study of how two cultures can be brought together and blended to create a collaborative, high-performance new company.

Atifa Silk: How much of your business is now in non-traditional advertising?

Bob Jeffrey: We started a new journey in 2006 when we realised that JWT was a traditional agency and we began to think about building a very specific non-traditional entity in the spirit of one dominion. We realised that if we’re going to survive and thrive going into the 21st century we need to be much more integrated, and digital couldn’t be an offshoot.

So, a lot of the decisions we’ve made with talent, operation and acquisitions, which we’ve done a lot on in the past few years, have all been driven towards an integrated model. It’s a consistent strategy we’ve followed. And while we’re navigating in the right direction, it will be a continuous journey.

If you looked at our business about eight years ago, our non-traditional business was in the low single digits. Now, on a gross global average it’s about 20 per cent. Some markets are stronger than others. One way to benchmark this would be to look at our pure non-traditional businesses — meaning the companies that we’ve acquired, and that still have their own individual brand names. As a percentage of revenue they’ve gone from single digits to close to 20 per cent. The fact is the pure traditional side of the advertising business isn’t growing in double digits. But when we apply integrated capabilities into our agencies, we see significant revenue growth.

Atifa Silk: Where are you seeing the fastest growth in this area?

Bob Jeffrey: What’s driving the growth of non-traditional advertising is that brands need to grab every opportunity to focus their message and engage shoppers along every point in the consumer journey. We need to help brands connect with consumers where they live, work, play and shop. Almost every CMO is looking closely at digital advertising, and scaling up the budget allocation in their marketing mix. TV is still the heavy hitter in most emerging markets, but digital is growing in leaps and bounds in even the least developed countries. Another non-traditional stream is field and shopper marketing. In developing markets, consumers are still learning about products and brands, and having a presence in the store is critical. Even in developed markets, where consumers are more knowledgeable — and even cynical — shopper marketing is an important, value-added service that our clients rely on.

Atifa Silk: How has JWT’s structure evolved to accommodate acquisitions made in recent years?

Bob Jeffrey: As we have diversified, we haven’t done it in a structurally complex way. When we talk about integration, we don’t have a complicated structure. The flat structure we have is the reason we’re entrepreneurial, despite being this gigantic global network. We don’t have a complicated matrix organisation, and haven’t set up complicated lines of business, which while they may be profitable in their own right, end up causing unnecessary confusion and complexity for clients.

We have to think about what clients need. They need big transformative ideas where creativity can really make an impact on their business. And clients want integration. They have enough complexity, so our role is to really simplify it for them.

Atifa Silk: How do you measure the success of those acquisitions beyond the financials?

Bob Jeffrey: One of the things I’ve learned over the years in terms of acquisitions is that it’s really the whole cultural connection. For example, outside of the rational capability, what does the company provide? We want to acquire companies with a long-term plan. Can the talent that exists within those companies actually be integrated inside JWT?

The worst thing that can happen is if you take a short-term approach towards acquisitions, and you don’t assess the cultural fit, which then makes it very hard to integrate those businesses. If there’s not a sense that people can collaborate from the very beginning, then — even if you have the best set of numbers and capabilities — I don’t want to go there because I just know that there’s going to be too much negative drama. This is my 10th year doing this, so I have been learning over the years about what do to and what not to do. Over the past couple of years we’ve developed a comprehensive criteria about how we want to do acquisition. Digital’s a very fat word and it means so many different things. If we remember that we want to deliver integrated programmes on behalf of brands, then we’re after acquiring companies that have user experience in digital that can dial up our capability and understanding of social.

Atifa Silk: How do you keep creatives motivated?

Bob Jeffrey: We’re good at recruiting very good creative people from good agencies. The biggest challenge we have is the gap between perception and reality. Let’s think about it psychologically. What do creatives want? They want fame. I’m not saying money is inconsequential, but what motivates them is when they get up in the mornings they want to be famous. And, when you start doing work that gets global recognition, or award show recognition, that’s what genuinely inspires them. The problem is in retaining those people, because young creatives get the recognition and the next thing you know they are going to Cannes and getting recruited.

We’re part of a big commercial enterprise, and big commercial enterprises love targets. So not only do we have financial targets, but we have creative targets. So our incentives are not only tied into financial performance, but they’re also tied into creative performance. It’s about aligning behaviour and money, because you can’t say one thing and behave differently when it comes to the allocation of compensation and incentives. Our business is simple in terms of the equation needed for success. What makes it difficult is the casting part. The talent side of our business is the most rewarding, and the most frustrating.

Atifa Silk: When was the last time that a client took a risk?

Bob Jeffrey: I’m constantly preaching that to clients, especially the more conservative ones. There’s a lot that we have to do for clients — change the strategy and positioning, and we have to be rigorous about that. But the other side that has to change is with the client. KitKat, which is part of Nestlé, is a big global company that took a risk. [In October 2012] Felix Baumgartner made an extraordinary jump that broke all sorts of records. Our team in London came up with an idea to hijack it and took it to the client. The idea was to send Felix a KitKat in space using an ordinary weather balloon. The client loved the idea and within 48 hours it was executed.

That’s a good example of innovation beyond traditional advertising and a client trusting and moving fast. The linear process of spending all this time on optimising stuff doesn’t exist any more. Brands need to be much more agile and they need to move quickly and be comfortable with risk.

Atifa Silk: How did you get into advertising?

Bob Jeffrey: I grew up in a huge family and was the oldest of seven kids. My mom was Italian and my father was Irish. I was raised in an environment where my parents were very connected with the community, particularly my mother, who was a community organiser way before Obama. So there was a natural curiosity about the world and a curiosity about people.

I didn’t grow up in college thinking I wanted to be in advertising; in fact, I was an English literature and classics major. I wanted to be a journalist. I was editor of the school paper and did freelance work for New York papers. But I had the good fortune of starting when Bill Bernbach was alive. And I did buy into the premise of the artistic side of advertising. It was on my first trip to Italy that I remember looking at the Sistine Chapel and Michelangelo, and I said, if you’re an archaeologist and you come back to look at the 20th and 21st centuries, you’re not going to look at paintings, sculptures and architecture in the way that we were. You’re going to look at commercial arts, advertising, graphic design and TV.

What’s great about our business is that it’s inherently creative. No matter how successful a business is, it needs creativity in terms of what we do in communications, and that really motivates me. I actually have a moral idealistic context for the business. I believe that it’s important to really push for good, great work; that’s in my DNA.

Atifa Silk: What will the business look like in five years’ time?

Bob Jeffrey: Our business is driven by talent, and so much of our talent is youthful. Everyone talks about digital natives and digital immigrants. In the next five years, the key fact is that more of the work population at JWT will be digital natives. That above-the-line and below-the-line thinking will be eliminated; that mindset won’t be operating much longer.

The two biggest voices in the world are technology and geography. If you’re running any kind of business, you have to deal with technological change. And on geography, when I think about the millennial generation and the generation after them, they’re much more globally connected than previous generations.

I believe agencies have to become more successful at being idea-centric. Innovation is going to go beyond just making ads; it’s going to be about making stuff — products and services, and content. 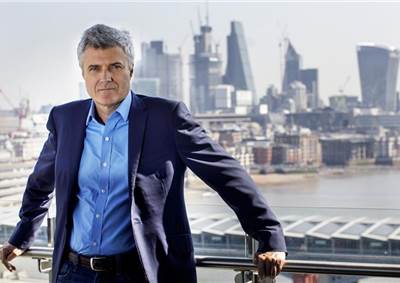 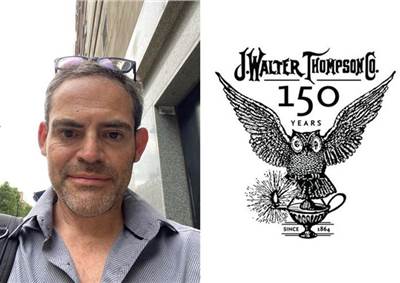 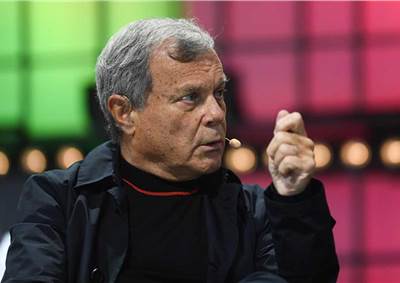