The evergreen appeal of a cute animal can easily translate to ad deals, lucrative brand partnerships, and hundreds of thousands of followers. Here's why pet influencers are a goldmine for brands 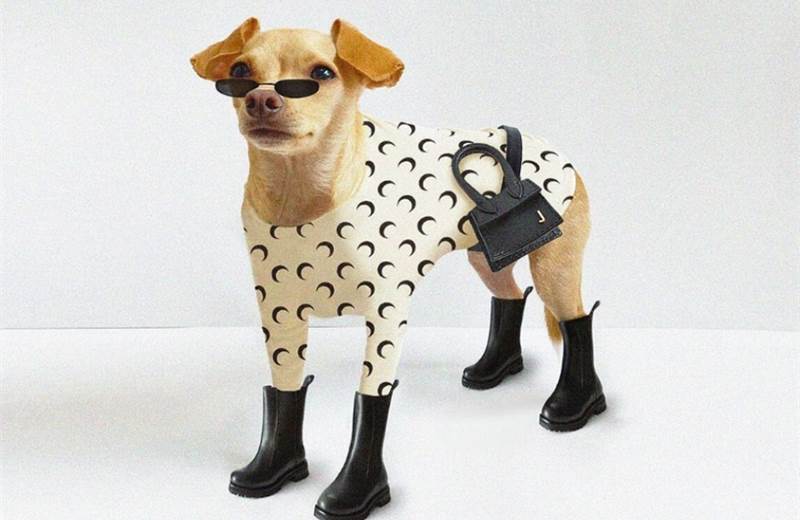 White, gorgeous and impeccably dressed, Sasha and Piper chill on park benches, pose in designer harnesses, sport trendy bandanas, and strut their stuff at casual dates with friends. The duo has endorsements deals with brands like Dyson, Hush Puppies, Hansgrohe among others.

Instagram celebrities in their own right, Sasha recently turned ten, and 'mommy' Carrie Er threw her a lavish party. Sasha wore a bespoke embroidered Burberry bandana, a matching snood, and a string of elegant pearls to complete the look. A customised multi-tiered figurine cake was ordered, and all her besties were present to celebrate her million-dollar presence.

Sasha and Piper are some of Singapore’s most famous four-legged influencers, bringing in dollars, deals, and hundreds and thousands of likes for each #toungueouttuesday post. Sasha and Piper strutting off for a Sunday walk. Photo: lomodoggies

Pet influencers have been around for more than a decade, but during peak Covid, pets—the lesser-seen industry sidekicks-turned-stars—have come to the forefront. Some have even achieved iconic status. Take Neville Jacobs for example, designer Marc Jacobs’ beloved bull terrier who has been called “the hardest working dog in fashion” by T Magazine. For this canine, it’s no dog-eat-dog world out there, just an incredibly fancy one. He bears his father’s famous surname, eats burgers off a tray served by a bowtie-wearing butler, is chauffeured around town, lounges by a pool, has a solid fan base of more than 185,000 followers on Instagram, and appears on covers with Kendall Jenner and Hailey Beiber. 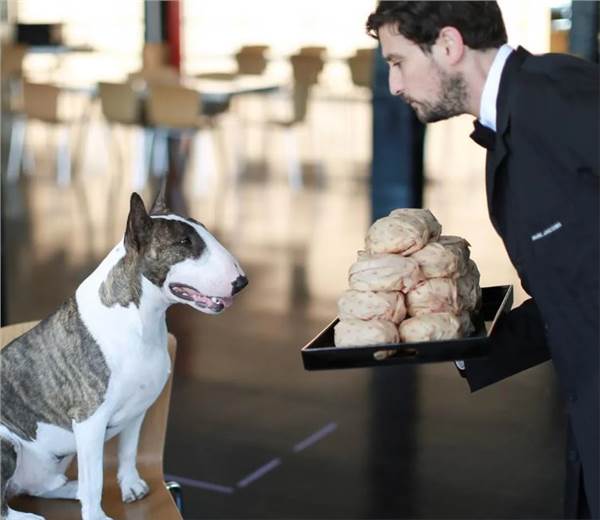 Barking up the right tree

These days, pet influencers (and their owners) with big social media followers are commanding tens of thousands of dollars for creating content for brands.

And it works: Dogs don’t divide opinions, or cause controversies (cue: Li YeFeng’s recent solicitation charges). According to Loni Edwards, CEO and founder of The Dog Agency, the platform that represents more than 150 animal influencers, including Dunkin Ducks (2.1 million followers on TikTok, and Toby Toad (193,000 followers on Instagram), adds that pets offer stronger brand security.

“A human influencer runs the risk of a scandal, gets drunk at a party, tweets or does something offensive," she says.

Whereas dogs are cute, adorable and crowd favourites. As a bonus, they come with a higher engagement rate.

Loki, part husky, malamute and wolf, has had deals with Mercedes Benz, Toyota Grand Prix, and Grounds & Hounds Coffee among several others.

He says: “Just the top 10 influencers across 10 Asian countries on Instagram give brands a reach of 308 million followers. There's nothing more thumb-stopping than cute furry friends to drive engagement.” He also adds that furry influencers help establish an emotional connection with the audience and they can tap into undiscovered audiences.

“With pet influencers, you get light-hearted content, there’s no pseudo-intellectual talks and tips about love or life; and that kind of pure escape is what people come to social media for,” says Pooja Banerjee of Glocal Communications.

And now, these canines' wide reach is serving as a prism into the world of high fashion: John Lewis, Britain’s biggest department store chain, reports dog-coat sales shot up by 420% year-on-year in 2021, with dog-jumper sales up 2,200%.

In mid-December, China’s pet lifestyle brand Vetreska closed its B-series funding at US$20 million. The startup, founded in 2017, boasts many 'viral' products, including the bubble luggage, a suitcase-shaped, breathable pet carrier that resembles a watermelon or a peach.

“China’s pet industry has grown by 30% annually, which is practically unprecedented," says Donald Kng, co-founder of Vetreska. "Coupled with the fact that large foreign direct investment in China invests in the consumption market as well as consumption-focused gross domestic product growth policies in China, it made us an easy choice to start our company there, not to mention the sheer size of China’s population." Montréal-based Tika the Iggy had the front row seats of the New York Fashion Show. The self-proclaimed 'gay icon' was quoted on Instagram: 'I try to remain humble but, I just know I’ll be on the best-dressed list tonight'. Photo: TikatheIggy

The investment arm of Xiaomi also bet on two pet lifestyle brands—Kittens & Puppies and Furry Tail—in late 2019 as part of their smart-home strategy.

Market research provider Euromonitor International finds the global market for pet products other than food, including clothing, is projected to expand from US$28 billion in 2021 to US$32 billion by the last quarter of 2023.

No surprise then that brands like Tommy Hilfiger are going further than chic collars and matching bows. The brand recently announced its first pet collection in collaboration with licensee partner Kanine to hit the runways in 2023. The collection will feature a range of apparels, accessories, and home products in the brand's signature red, white and blue stripes with pops of pink and green. Most recently, Hugo Boss also dipped its paws in the pet category announcing a dog line to launch this Fall. Back in June, Celine succumbed to the craze and recruited creative director Hedi Slimane’s labradoodle Elvis to front a campaign for its upcoming pet accessory series. The LVMH-owned fashion house followed in the footsteps of Hermès, Louis Vuitton, Fendi, Prada, Ralph Lauren, Versace and Moschino, offering an ultra-luxe collection of accessories for pets "rooted in Celine’s rich expertise in leather goods”.

Cashing in on fame

Some furry canines make more than a white-collared executive in a month. According to affable.ai, these influencers can typically make between US$1,000 to US$6,000 per post, but big bucks boil down to the number of followers. “For every thousand followers, pet influencers can command around US$15 per post. The staggering yearly earnings are linked to the followers. With engagement rates as much as 10% to 40% per post, brands can reach new audiences in a creative way,” says Shah.

For your viewing pleasure, here's a list of top dog influencers in Asia, according to affable.ai. Scroll through for some science-backed stress relief. 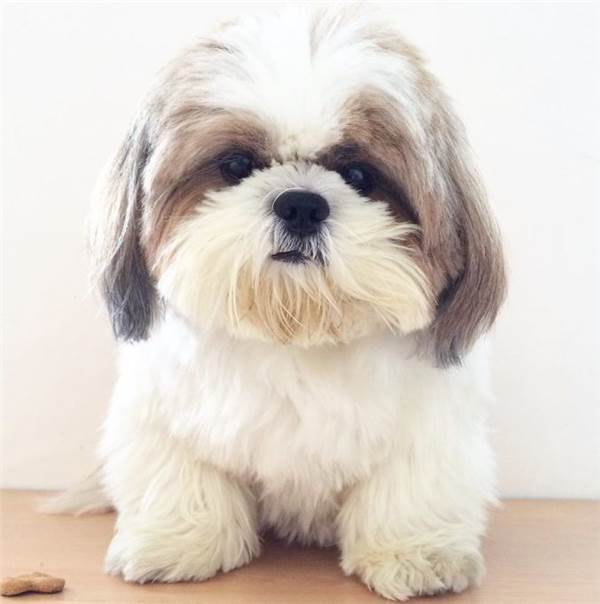 About: A white Labrador from Singapore who has recently relocated to Melbourne. The account has occasional postings of big brothers Milo, Rascal and Princess
Followers: 30,273
Average engagement rate: 0.7% 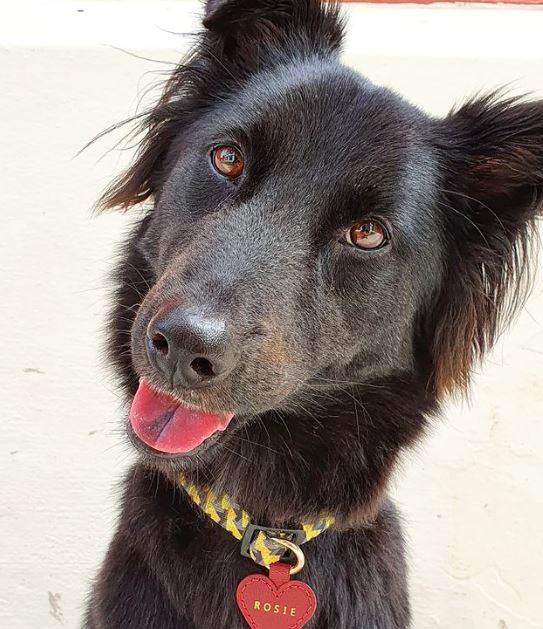 About: A recuse, black fluffy mongrel living her best life in Singapore! Rosie gets a lot of press attention and has featured in Mothership Singapore and Yahoo.
Followers: 28,800
Average engagement rate: 5% 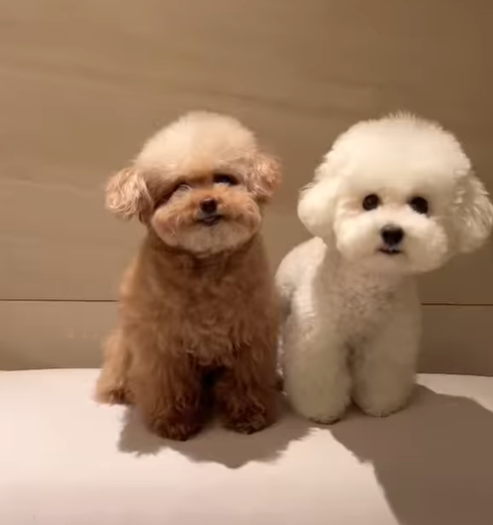 About: These cute poodles recently welcomed a new human to the pack.The red Toy Poodle and the white Toy Poodle who have a wild following on TikTok and Instagram.
Followers: 260,000 on Instagram/ 13325454 on TikTok
Average engagement rate: 18.5% About: 'Public figures' Griffin and Haru have a total of 5 million fan following across social media. Their 'mum' describes them as the 'cutest French potatoes'.
Followers: 432,370 on Instagram
Average engagement rate: 2%

About: Odong, Lotto and Haru are heavily into food, fashion, eye-care products and glittery tutus and bows. When they are not busy travelling, thinking about pet cakes or serving looks, the trio takes time to raise donations for rescue pups.
Followers: 350,000 on Instagram
Average engagement rate: 0.3% 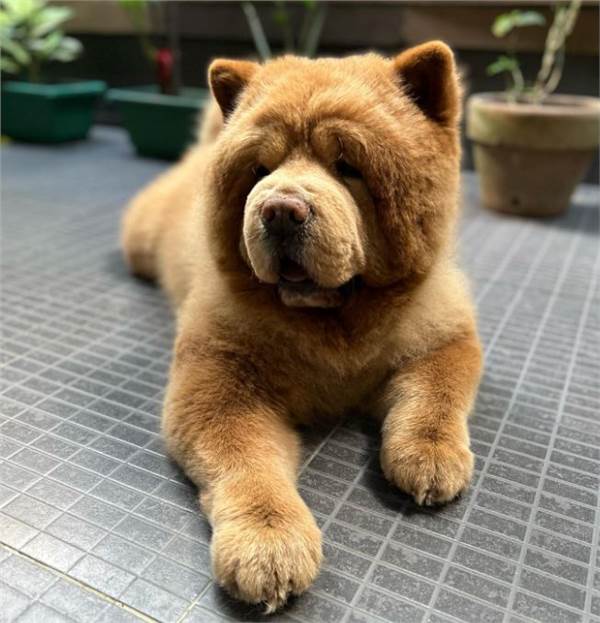 About: Cuddly teddy brothers Chowder, Tofu and Baewolf are lovable pooches from Philippines who are winning the internet with their bear-like cuteness.
Followers: 371770 on Instagram
Average engagement rate: 2.4% 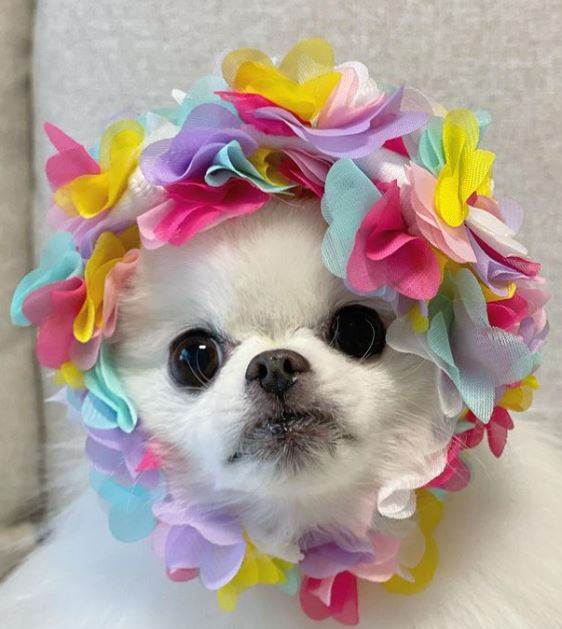 About: Gom and Dami’s chronicles with their human brother Woolee have built a strong portfolio of over 98k followers on Instagram alone.
Followers: 98,905 on Instagram
Average engagement rate: 2.4% 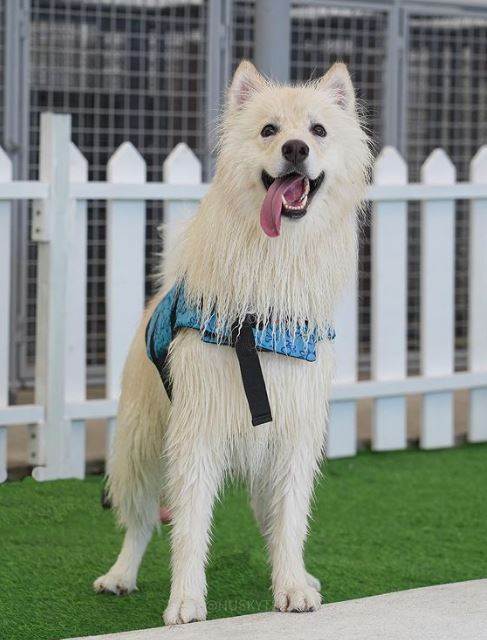 About: Chronicling the adventures of Tammy, Cream O, Sugar, Mochi, Henri and Reese, are a canine club in themselves. Gracing dog shows, running a popular dog lifestyle YouTube channel, selling merch—it’s a busy life for them.
Followers: 98,905 on Instagram
Average engagement rate: 2.4% 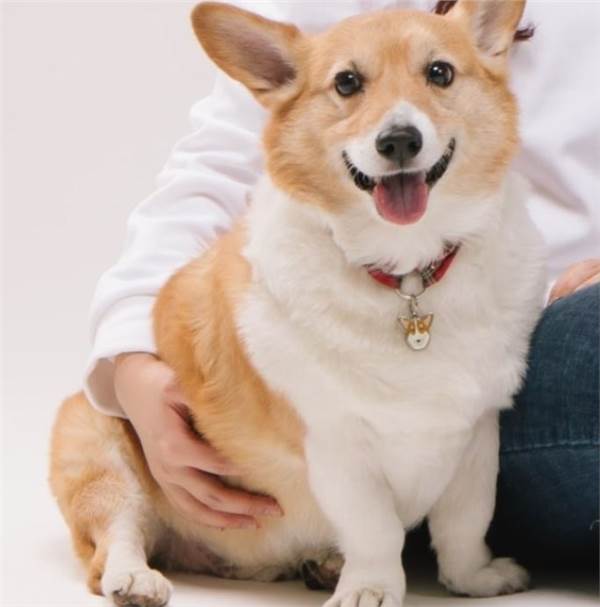 About: Happy puppy Baekkyon lives a relatively simple life with his human siblings. The account is a diary of their little pleasures—beach strolls, park playdates and grooming sessions.
Followers: 356,130 on Instagram
Average engagement rate: 18.1% 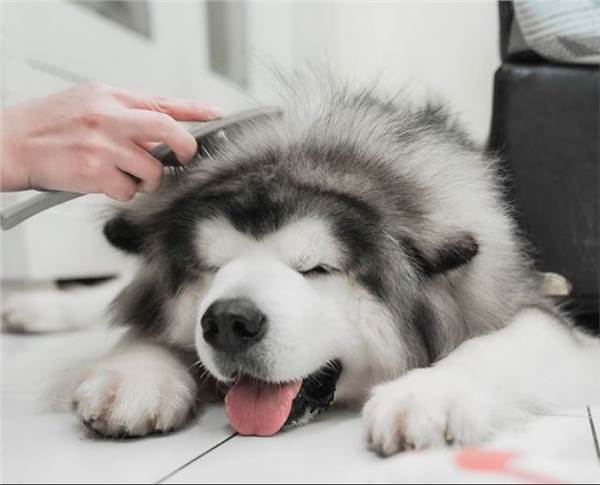 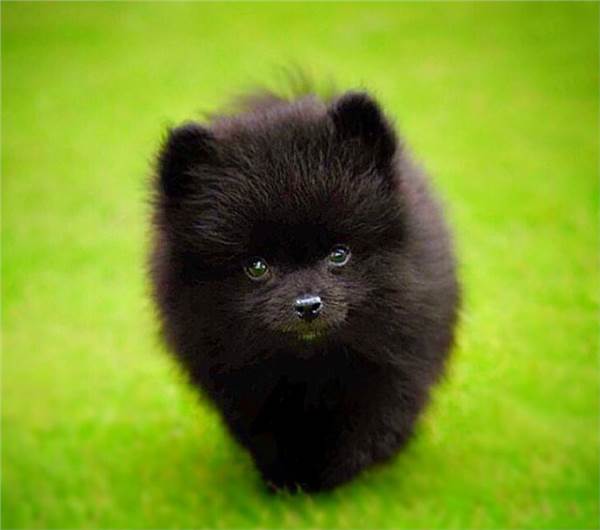 About: Loulou passed away in late-August. His mommy Marie-Eve Morabito’s and global fans cherish his paw-some memories on the account.
Followers: 120500 on Instagram
Average engagement rate: 7.4%

We expect every agency in India to be aware of Brandie in the coming year: Pranav Kosuri