The sad demise of Apple co-founder and former chief executive Steve Jobs has seen him lauded for being a "visionary". His genius took Apple from the brink of collapse in 1997, to become one of the most influential companies in the world. 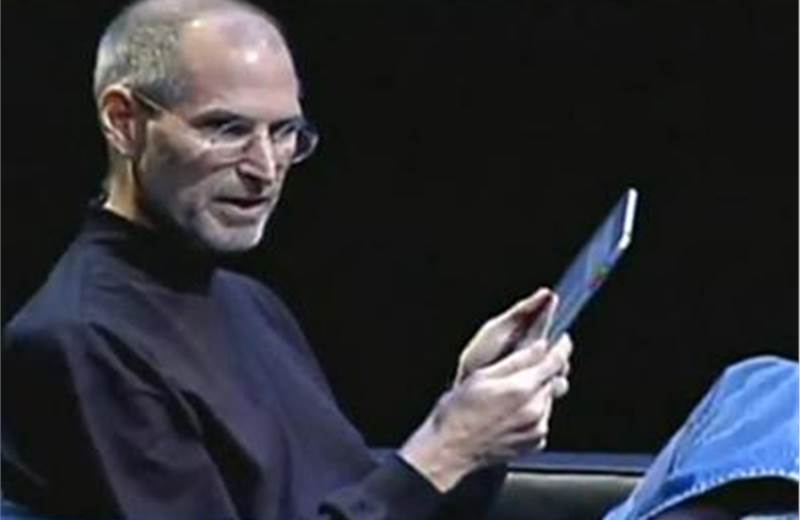 The customer isn’t right, I am

Steve Jobs' death has seen him hailed as a "visionary" by Barack Obama and it is obvious why. The astronomical success of Apple in recent years is a result of Jobs being ahead of the curve when it came to predicting what the customers would desire in the future, rather than what they wanted in the present.

This philosophy resulted in one of Jobs' most famous quotations, dismissing the use of focus groups, the foundation stone of most companies' marketing.

In May 1998, he said: "It's really hard to design products by focus groups. A lot of times, people don't know what they want until you show it to them."

Jobs was ever the showman and knew how to create magic that had people queuing around the block for their products. In Beijing, four people were hospitalised after a riot broke out as crowds rushed to snap up the iPad 2.

Hype was built up over the months running up to the unveiling of new products, heralded by vaguely worded invitations to Apple press conferences.

Jobs always delivered his presentations in faded blue jeans, sneakers and a black mock turtleneck. He would boast about Apple successes, before teasing the crowd with "one more thing" as he geared up to unveil the next product destined for wild success.

Imitation is the sincerest form of flattery and it was obvious Amazon founder Jeff Bezos was taking a leaf out of Jobs' book at the launch of the Kindle Fire tablet.

Jobs saved Apple from the brink of ruin to create one of the world's most valuable companies with a market value estimated at $351bn (£227bn). He acheived this by creating new product categories and then refusing to let go of his stranglehold on those markets.

The classic example is the iPad, which utterly dominates the tablet computer market. According to IDC analysts, iPads accounted for a 68.3% share of the market in the second quarter of this year.

This achievement is all the more impressive considering the technology giants which have also tried and failed to carve out a lucrative share of the market.

Hewlett-Packard has announced it is pulling out of the tablet business entirely after its TouchPad device failed to sell, while Sharp announced last month that it would stop selling its Galapagos tablet, less than a year after launching it.

At the time of the iPad launch, commentators were dismissing the idea that a tablet computer could ever be workable, due to previous examples of tablet computers falling flat.

The genius of the iPad was that it was launched when the capabilities of operating systems had caught up with the tablet computer vision.

Apple is held up as the business that has most effectively harnessed the power of design, and the development of its design-led philosophy has made the company one of the most appealing brands in the world.

Jobs summed up his approach to design with the following words: "Design is not just what it looks like and feels like. Design is how it works."

The design-led approach has kept customers coming back, which has resulted in the coining of the phase "Apple Fanboy" in the blogosphere.

Apple's image as the king of design took off with the iPod in 2001, which, although not the first MP3 player on the market, shot to popularity as a result of a sleek and minimalist design, married to an easy-to-use interface that integrated with the iTunes store.

Before Jobs' return to Apple in 1997, the company was on the brink of collapse, but his return and the creation of the design philosophy has made Apple a technological powerhouse.

Tim Cook, the successor to Jobs, has an unenviable task emulating his success.

No detail is too small

Apple's products and marketing have always been exemplified by the minute attention to detail that has created such a strong brand, and this was undoubtedly driven by Jobs' perfectionism that would drive others to distraction.

An anecdote from a Sunday morning back in 2008 encapsulates the way Jobs operated. On that morning three years ago, Vic Gundotra, a senior exec at Google, was asked to call Steve Jobs at home, urgently.

According to legend, the conversation between the two top technology execs included the following excerpt:

"So, Vic," said Jobs, "we have an urgent issue, one that I need addressed right away.

"I've already assigned someone from my team to help you, and I hope you can fix this tomorrow.

"I've been looking at the Google logo on the iPhone and I'm not happy with the icon.

"The second 'O' in Google doesn't have the right yellow gradient. It's just wrong and I'm going to have Greg fix it tomorrow. Is that okay with you?"