Debate: Brand purpose - is it 'responsible' or 'opportunistic'?

In the first 'Vice and Versa' debate conducted by The Advertising Club, Josy Paul and Santosh Desai exchange views on the topic 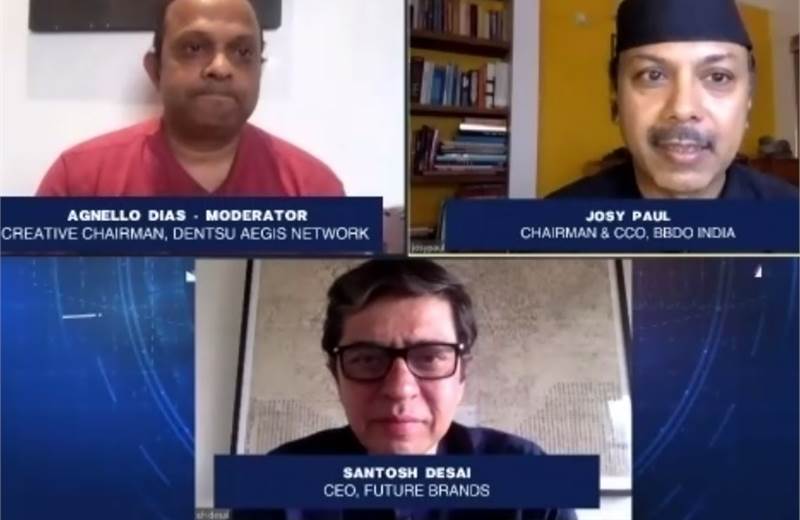 Josy Paul, chairman and chief creative officer, BBDO India, and Santosh Desai, chief executive officer, Future Brands, debated whether brand purpose is responsible or opportunistic during the first edition of The Advertising Club’s ‘Vice and Versa’ series.
The debate was moderated by Agnello Dias, creative chairman, Dentsu Aegis Network.
Dias set the context for the discussion by saying that all good things come of conflict and gave a brief explanation of the topic. He said, “The topic brand purpose being ‘responsible or opportunistic’ - on one hand it’s the thought that brands should stand for something and save the world and stand for a cause. It’s not about young mind’s commute to work. It’s about affecting humanity. It’s time for sole cleansing. On the other hand – it’s thought as an award pandemic. Put your heart and soul in the case study video and win the award. So should brands go for heart strings or purse strings?”
Paul went first. Before going ahead with his points which were about brand purpose being responsible, he stated his love for Santosh Desai.
He then went back to his early days of his career and stated how brand purpose is very personal for him.