Dentsu's Amit Wadhwa and The Social Street's Mandeep Malhotra review ads from the fortnight, while Population First's Dr AL Sharada scans them through a gender lens 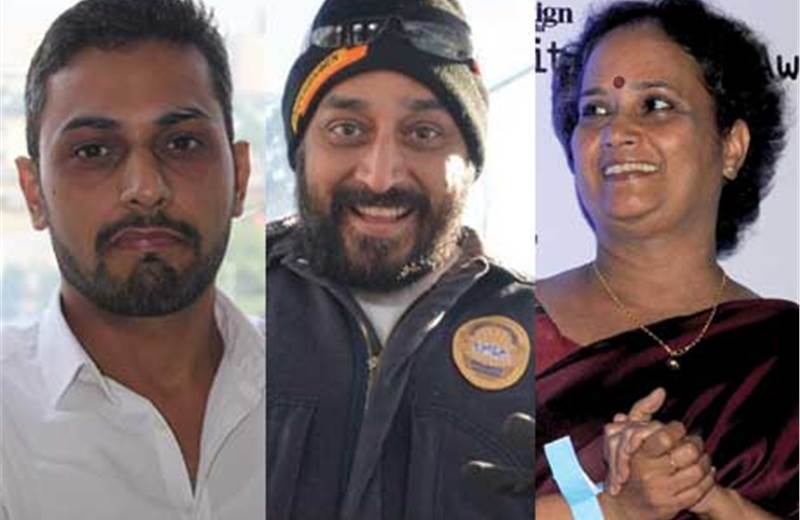 Amit Wadhwa, president, Dentsu Impact (AW): Nice thought which ends up being a catalogue of products. Typical montage film that fails to grab your attention. The other interesting bit about the film besides the thought is the voice. I know it has been used a lot in ads, but it still draws me towards it. GSS: 9. ‘You can be your own valentine’ just did the trick for me on this count.

Mandeep Malhotra, co-founder and CEO, The Social Street (MM): Love has no boundaries and relationships should not have a name necessarily. Good insight, but diluted it with self gratification. With the huge clutter for tactical campaigns seemed a bit lost. Would be interesting to see sales impact due to the advertising Valentine's can be an appreciation of any bond, don't quite appreciate why would every relationship want to gift jewellery.  Effeciency score: 5

Dr Sharada, programme director, Laadli (Population first) (ALS): A positive ad that shows women receiving and giving gifts of jewellery. It also speaks positively about female bonding as well as the importance of valuing oneself and gifting oneself something that one likes. GSS: 6

AW: A brilliant thought, very differently and most importantly nicely executed. The best part about it is that it is a follow up to some interesting ‘Jaago re’ campaigns, but it manages to clearly create an impression. Real issues, surreal execution but very effective. Love it! GSS:  8

MM: This from the lot was a very interesting, twist maneuvering cultural change pre-emptive in a country which is very reactive. The execution is also well thought through and nice revelation of a interesting story. The jaago re campaign is constantly building benchmarks, which is much appreciated in the industry. Effeciency score: 9

ALS: A positive communication that questions our tendency to wait for a disaster to react and beseeches the readers to act now. GSS: 6

AW:  A typical example of a joke that has been turned into an ad. The saving grace is that it isn’t as sleazy as the earlier reel of the brand ads. GSS: 1. It almost shows the woman as a conquest and that too through something as ridiculous as perfume.

MM: Liked the way the story never got completely untold. The story line was good but kind of unrealistic:) loved the pun. Just wish the acting could have been a bit better. Effeciency score: 6

ALS: A perfume ad that hints at it's sensual appeal in a subtle and humorous fashion and is a positive deviation from perfume ads that often objectify women. GSS: 7
Pepsi
AW: A typical Pepsi film where two guys are fighting for the last Pepsi and someone else comes and drinks it. But the execution is great. Love the track and the casting. GSS: NA

MM: We tend to loose focus and opportunity on hand. Pepsi was straight up to quench the thirst. Effeciency score: 7

ALS: It is interesting how soft drink brands are gendered! Colas for macho men and fruit flavored juices for women?  GSS: 4

Zivame
AW: A rather bold execution which makes it stand out along with a peppy track, but I feel that the thought of ‘fit for all’ could have been visualised better. This execution is probably the first one that would think of around that thought. But still, not so bad. GSS: 7

MM: Comfort in lingerie is a given. If it doesn't fit it doesn't sell. Loved the choice of real life real occasion fitting lingerie. Effeciency score: 5

ALS: Shows women being comfortable in their skin without actually resorting to the male gaze! It also features women of varied sizes which is rare in lingerie ads. GSS: 6

Tetley
AW: Unexpected casting but used very interestingly. What is refreshing is how Ganguly has been used and how natural a fit he seems in this ad. ‘Roz ke super humans ke liye’ is also a very compelling thought. GSS: 7

MM: Totally disappointed with use of Dada. High expectations on a loved personality and all settled with green tea:( both the flavours were under represented. Didn't quite get it. Effeciency score: 4

ALS: How many times did we see this narrative? A woman who is solely responsible for a man’s health and well being. GSS: 4

AW: Confusing on many counts. What is the Papa-daughter angle in this ad? It’s the husband who has insured his life for his wife, why did we need to bring up the father-daughter angle so strongly here? Also, I am sure there are many better ways of just spelling out the story of - husband passes away and leaves money for wife through insurance story – very dated! GSS: 4

MM: The entire category has been playing on post benefits and unrealised dreams. HDFC is know for a lot better then a resturant dream being relived. Effeciency score:  6

ALS: The ad shows the women only fulfilling the wishes and dreams of her father and husband though she does show the determination to be independent. The ad remains within the confines of a patriarchal family and shows her as the beneficiary of investment rather than as an individual who participates actively in investment decisions. GSS: 4

AW: An ad for senior privilege account and talking about how the mom saves the money for her family – desperate attempt to shore up the emotions, but it’s completely disconnected. In an attempt to make it emotional let’s not lose the message.GSS: 6

MM: The axis insight for senior accounts and the timely release during demonetisation was well timed and also on simple but strong insight. Neat quick execution without taking any sides of perils or hindrances of demonetisation. Effeciency score:  8

SpriteAW: A completely different take from the earlier Sprite films which had become a ‘smart trick’ story. There is something very nice about the film, it’s probably the lively Sprite bottle. The insight is simple about how food has become more a source for social media ‘likes’ than satisfying your hunger. Nice! GSS: NA

MM: Clearly over did the clear hai story !! My quench moved out of clarity post the advertisement. Dig on competition or choice of who should be my customer ? Clearly not clear enough. Effeciency score: 5

ALS: Gender Neutral: 5
McDonald'sAW: Logically, the use of this app would be demonstrated better when you stay far away from someone and not the floor above. But, I guess I am talking like a research respondent here. Overall a sweet film that does leave you with a smile yet a little sadness. Does convey the message too. GSS: NA
MM: Valentines between neighbors. Kinky but the brand just looked a misfit. Effeciency score: 4

ALS: A very sensitive, humane ad that highlights a unique bond between two elderly people a man and a woman. The ad shows an elderly woman living on her own which is rare in ads where she is always shown as dependent on men. GSS: 6