Peter Souter, chairman and chief creative officer, TBWA UK
The Cannes Film jury took longer to judge this year’s entry than God took to create the world. He slacked off on the Sunday, but we worked seven straight days.

We watched 3,000 films, some of them many times. Most were ghastly, a few were exquisite. Just like you would expect. Chairman Heg was suitably knightly: fair-minded and open while displaying endless iron discipline. Amazing man.

British ads did OK. Ikea and Channel 4 shone and got the prizes they deserve. But some Brits were short-changed. Robinsons’ utterly wonderful best-mate-kid-who-turns-out-to-actually-be-the-dad film (titles rather elude you after the 3,000th) was robbed of gold, in my humble opinion. As was the St John
Ambulance guy-dies-of-the-thing-you-don’t-expect spot.

The big thing we should all be getting our heads around is long form. It’s here and we aren’t as good at it as we think. Branded content, webisodes and commercial documentaries all ate up about a third of our judging time, and I’m afraid I made myself slightly unpopular with my brother and sister judges by pointing out, politely I thought, that most of these films would get nowhere at the Baftas or Sundance. 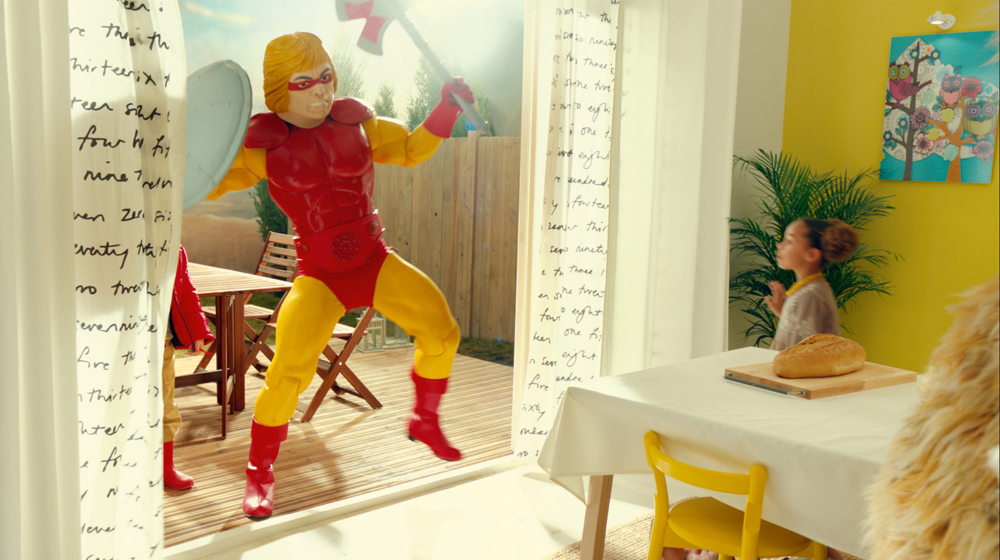 During my time out of the business scribbling screenplays, I sat on both the Bafta and Royal Television Society juries. Those juries wouldn’t have given Intel’s "The Beauty Inside" webisodes the time of day.

Never mind the Grand Prix. Agencies will be asked to create more long form. We’d better get better fast. Or others will come steal our flowers.

Dave Henderson, executive creative director, DLKW Lowe
My trip to Cannes this year began with a cliché, with the usual air traffic control strike wiping out my flight.

Wandering up La Croisette the next day, I noted more clichés, especially those "wired" cafes and hangouts installed by boring agency networks and media tech companies desperately trying to be hip.

The clichés continued in the jury room as we viewed literally hundreds and hundreds of case films. It was actually the nicest, most positive jury I’ve ever been on and the only real moaning was about the buffet laid on for lunch. And, from me, about some of the work that was starting to pick up awards.

In the end, about 140 Lions were awarded, not all of which I agreed with. UK agencies only got six (including one for us). Some dodgy stuff got gold and some great stuff got bronze. Thankfully, the jury’s choice of Grand Prix for IBM was the right one, I think. 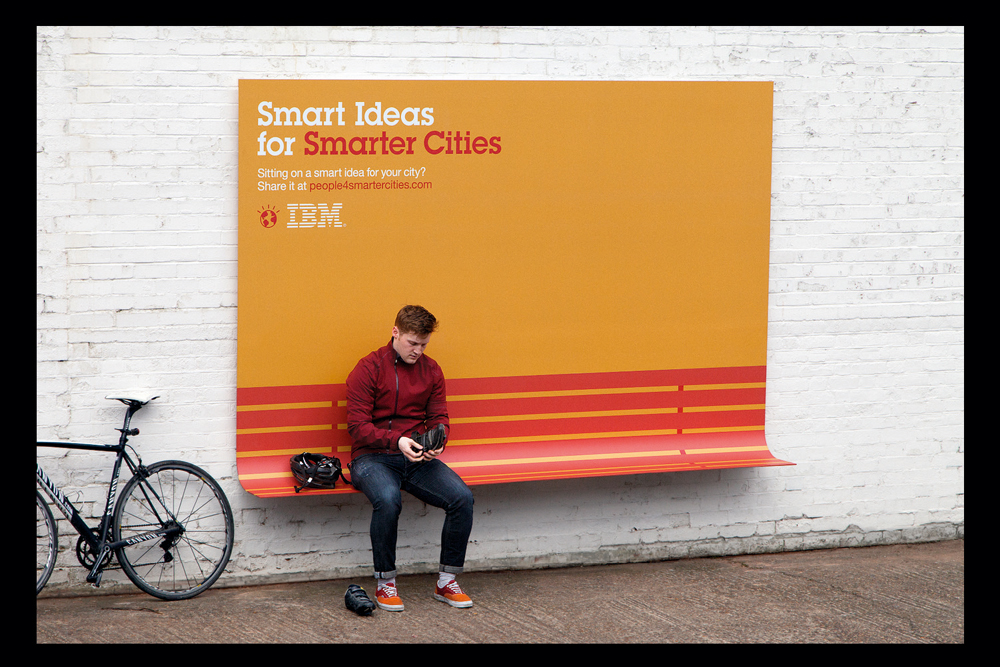 But, then, the lottery that is Cannes is perhaps the biggest cliché of all. Apart from the leopard-skin-clad mother and daughter who walk the strip after dark, whom I’m happy to report are still in business. Good old Cannes.

We started on Thursday morning to cut down the digital landfill to about 200 entries for our shortlist. It took some time but, on Sunday morning, we saw a few marvels appear. And after a further two days of brilliant discussions, arguments and mayhem, we got the list down to two Grands Prix, 11 golds, 25 silvers and 49 bronzes.

Guess what? The work was brilliant. "Clouds over Cuba" is so wonderfully executed and immersive that I lost a couple of hours to it. The newsroom-style responsiveness of Oreo "daily twist" or the writing and photography for Intel’s "The Beauty Inside" totally blew me away.

If there is one story from Cannes, it’s how top-notch the quality of writing now is in Cyber. The craft and the ideas now really stand up next to feature films and broadcast. I am excited to see what the world will do with the internet in 2014. It feels like we have only just started properly now. 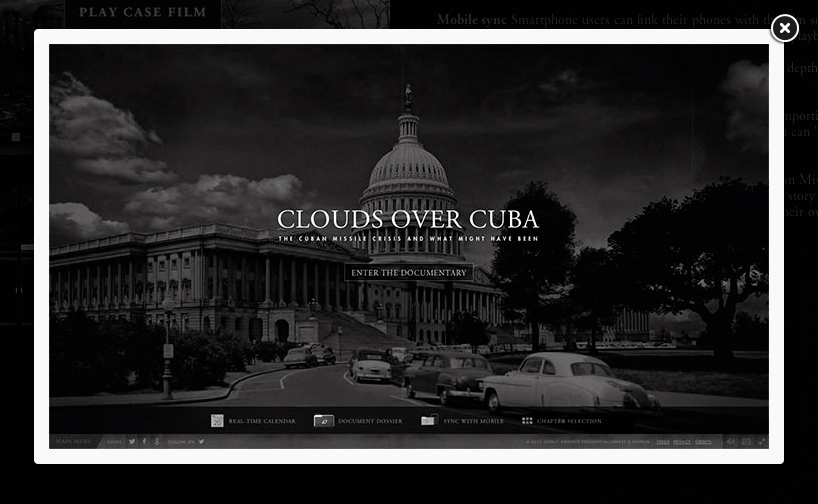 May I take this opportunity to pimp my favourite piece from Cannes this year. It won a bronze and that made me very happy. Enjoy: www.youtube.com/watch?v=Eue9hj1JDng.

First, a higher proportion was submitted by media agencies – about 40 per cent from the UK. This compares favourably with the Media Lions overall, where 80 per cent of entries came from advertising or other agencies, sometimes forgetting to credit their media partners.

We are still in a world where advertising agencies are not shy to enter multiple categories and are, of course, more practised at producing films that tell human, engaging stories.

Important in a year when brand purpose or cause-focused entries dominated, particularly from Coca-Cola, Procter & Gamble, Unilever and McDonald’s, as well as charities and NGOs.

The second area that was striking about UK entries was the use and application of technology, from Topshop’s content commerce, streaming catwalk shows and allowing viewers to purchase directly from video, to MEC’s very own Lloyds TSB work, which used Google Street View technology to capture and curate the Olympic torch relay in the round.

More than 50 per cent of UK winners used new technologies to drive engagement. Mercedes-Benz "#YouDrive" from Maxus used multiple screens and Twitter to engage consumers to shape the content and tell a story over successive ad breaks. The Huffington Post, with help from Gravity Road, partnered with Virgin Media Wi-Fi to create interactive content via mobile for the first time on the London Underground.

Only Brazil, in my opinion, matched the UK on emerging technology application. 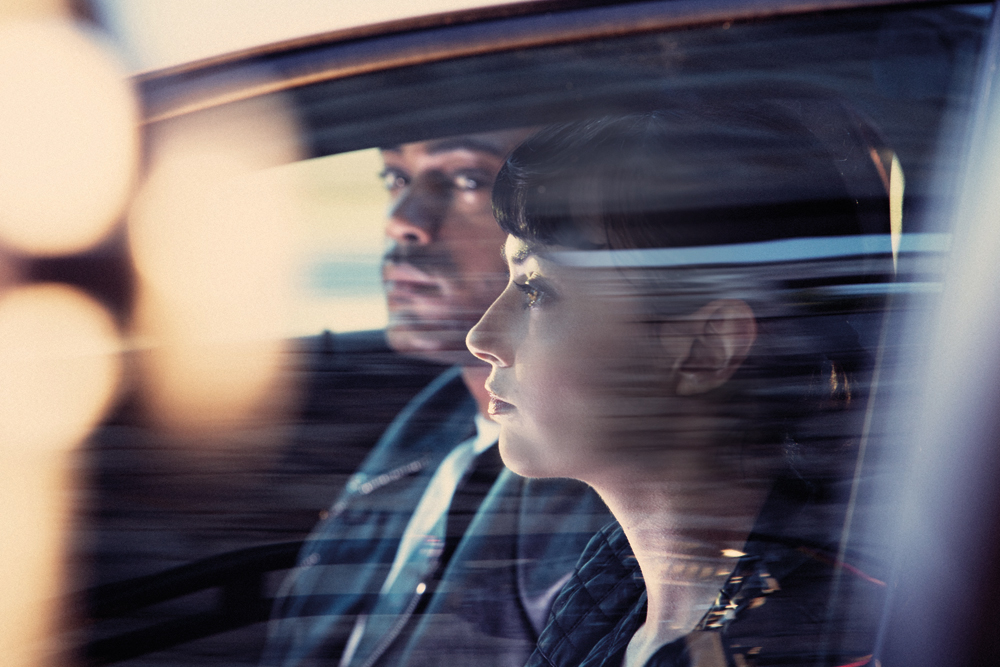 The learning for next year is to keep up the great emerging technology work (anchored in a great insight), embrace cause, tell a human story and enter multiple categories.

Ian Haworth, global chief creative officer, Rapp
It’s time the UK lightened up. Now that the "Is this direct?" debate has passed, our focus this year was ideas that changed people’s behaviour.

And there were a couple of examples that clearly defined what the best is in contemporary "direct" (everything is really direct now, right?).

The Grand Prix piece was "dumb ways to die" for Metro in Melbourne – an outstanding campaign that tipped public-service work on its head. It touched hearts to change behaviour, but in an unexpected way.

Another standout piece for me was "third eye" from StarHub in Singapore. StarHub created a service to help blind and partially sighted people "see" what was in front of them.

There was a noticeable lack of work from the mature US and UK markets. We appear to have become so tight and risk-averse, and this becomes more apparent when seen next to work from other regions. 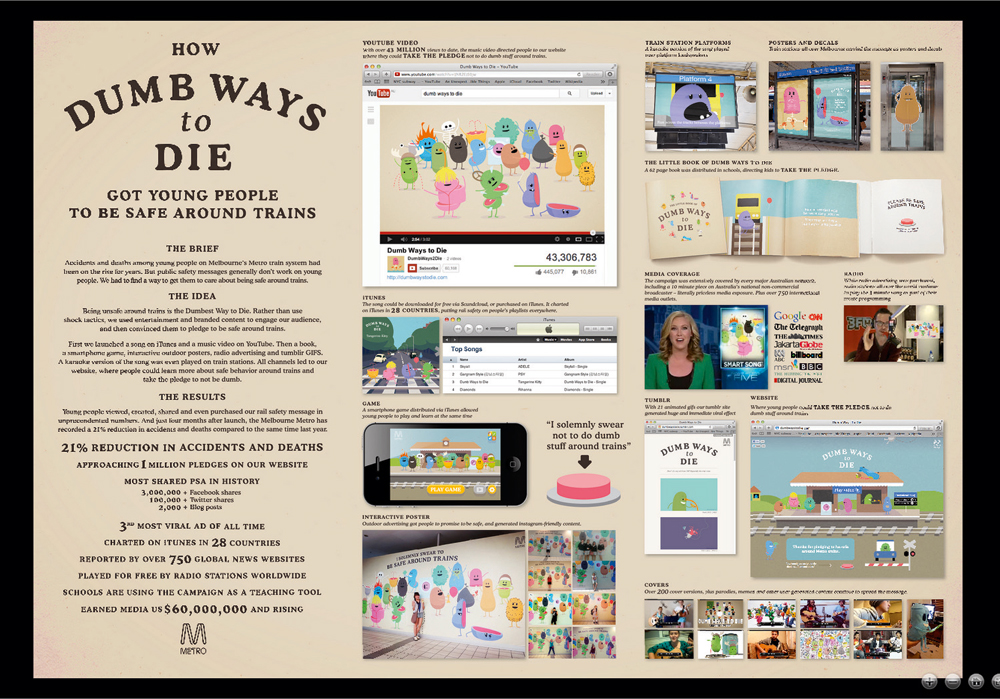 But surely it’s risky not to take risk? The work that was fresh and new also delivered the best impact. I think the US and the UK need to "lighten up".

Almost a third of this year’s 130 Creative Effectiveness papers set out to prove they had done that.

All powerful stories that largely achieved what they set out to do and tugged the heartstrings of the jurors.

And, yet, five out of six of this year’s Creative Effectiveness Lions, and the Grand Prix (for Heineken), went to big, commercial brands. Perhaps a reflection of the make-up of the jury, but more an acknowledgement that this is our industry’s bread and butter. And that shifting metrics on these brands is harder than on those with more emotional pulling power.

It was good to see a 30-plus per cent increase in entries from 2012 and greater global representation.

The strong Antipodean performance (four out of the six) reflects the adventurousness of work (and clients) from that part of the world – and perhaps also the number of expatriate planners tasked with writing up the papers.

My advice to next year’s entrants would be to ensure that, whatever objectives you set for your campaign, you must rigorously and methodically prove how you have met them and isolate the role communications has played in this. Basic stuff, I know, but you would be amazed how many papers failed to do this. 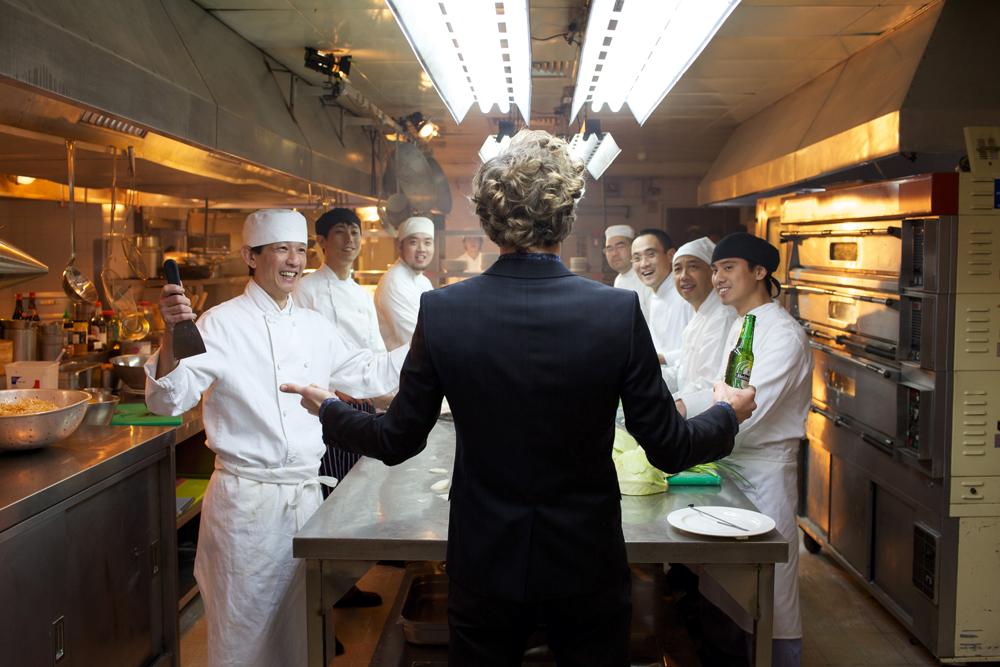 It was a privilege to read so many excellent cases about what our industry is capable of achieving. I have come back with a renewed sense of purpose and belief in possibilities.

Johnny Tan, executive creative director, Bartle Bogle Hegarty Shanghai
It felt like there had been a huge increase in the number of entries this year.

I didn’t come across too many standout pieces of work from the UK – a contrast to the past.

Overall, the standard was high, with some well-deserved golds. The Dove, Apple and Unicef campaigns are only some examples. Craft standards remain impeccable.

I wish there were more work with fresher perspectives. The majority was simply clever depictions of basic functional benefits of products. There should be more cut-through work.

It’s a treat to see great print work. The way it can evoke emotions in a split second is like no other. It’s a unique experience that’s unlike what moving pictures and sound can bring. There’s a certain timelessness about it. 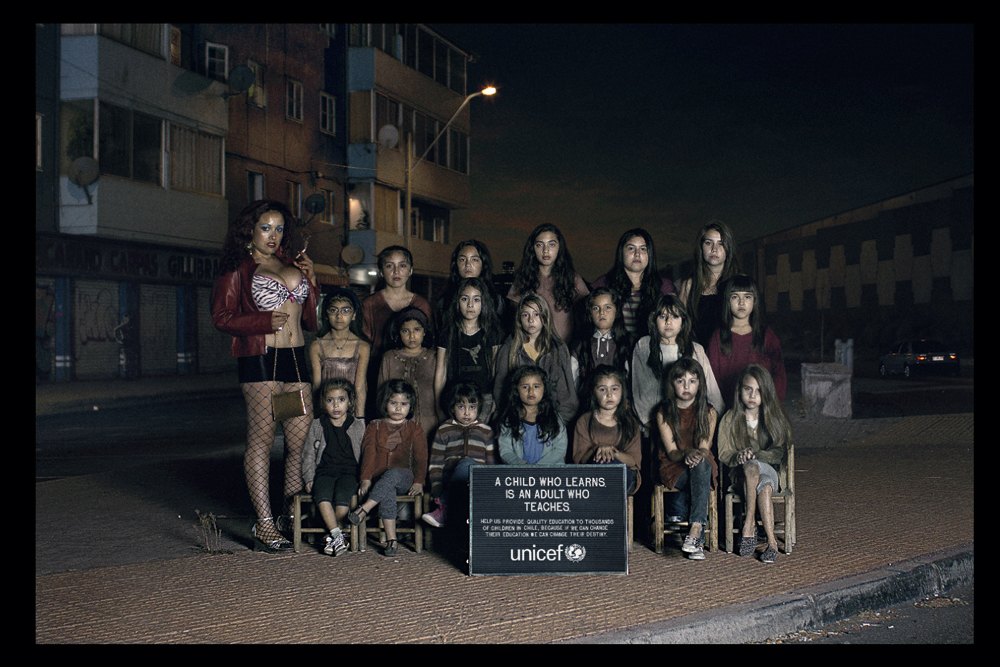 I think the future of print remains bright. Just like the great work of Bill Bernbach and George Lois, great print is eternally powerful.

We got a conference room with a roof terrace. The temptation to sit in the sun all day was tempered by the fact that you couldn’t read in strong sunlight.

This year’s radio entries proved to be about as diverse as could possibly be.

We had three-minute songs, radio stunts, funny, sad , dull, long, short and, worst of all, boring.

At times, it felt like we were listening to the radio output of a small town, with ads for yoga classes, singing lessons and a wax parlour. Then three ads for a baby alarm. Were they real?

Listening until midnight on the second day, we settled on the shortlist.

Then on days three and four, the real fun began. The Spaniard and the Indian arguing with the Brazilian and the Swede.

Then the Brit and the Aussie arguing with the Belgian and the Argentine.

Eventually, we were unanimous. Stepping on a rail track was a dumb way to die and they had found a really engaging way of telling everyone.

Opinion: Key trends to look out for in digital ...

Cannes Lions under fire for lack of diversity