For Melbourne’s Metro Trains, whose public safety viral "dumb ways to die" is already one of the big successes of this year’s Cannes Lions festival, it has been a remarkable six months.

The musical video, which shows animated characters dying in amusing circumstances, has already racked up 50m views of YouTube, over 3.2m shares on Facebook, been retweeted over 100,000 times on Twitter and become the third most viral ad of all time. The music track was popular, too, charting on iTunes in 28 countries. 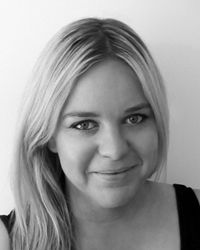 Metro Trains claims it has achieved its rail safety aims, too: over 44,000 Melbournians pledged "not to do dumb things around trains" in the four months after the campaign launched. Also, for the November to January period, the operator claimed it had seen a year-on-year reduction in the number of "near-misses", from 13.29 to 9.17.

Having already picked the Grand Prix in the PR, direct marketing and radio categories at the Cannes Lions, and hotly-tipped to add to that bounty,Marketing spoke to Metro Trains marketing manager Chloe Alsop (right) about the creation of a global marketing sensation.

What was the original thinking behind the campaign?

"Metro didn't have a safety campaign in market. We had safety information and instruction at stations, but nothing to influence safe behaviour or show we care about the safety of our customers. We also needed to listen to our front line employees who dealt with unsafe behaviours on going.

"When we – myself and the agency team [McCann Melbourne] – started speaking to them and looking at imagery and reports from the safety team, we kept coming back to the same thing: it’s really hard to get hit by a train. A wrong or careless behaviour is required.

Why did you select this creative approach?

"So we started from there - how do we, without offending or blaming, tell people to stop doing dumb things around trains? And target primarily youth. How do we get young kids to think about train safety, which even I can admit is a pretty boring topic?

"The guys at McCann took said boring topic and made it interesting. ‘Dumb Ways’ is something that people want to engage with, and then share. Through the lyrics and charming animation the message subtlety gets through. To me, it clicked from first presentation. Kids aren’t scared of dying, but they definitely don't want their friends to think they are stupid."

Why has it proved so popular?

"It’s different. It’s cute as hell and it gets stuck in your head. And it’s not until the last three seconds that it is actually telling the consumer  to do anything. I think people are immune now to most call to action in advertising unless there's a big incentive.

"I also think the creative lends itself to repeat viewing because it seems so simple yet there's some amazing detail going on - the little wasps moving, the skeleton doesn't spin because he can’t. The parodies have been overwhelming, it is somewhat of a global phenomenon."

What do you think it says about consumers today?

"I've thought about this quite a bit actually. I think people still like to engage with things that trigger positive emotional responses. Cute, a bit silly, happy melody, soft colours all were attributes that made people feel good while they engaged with the campaign. It, as a marketer, definitely reminded me of the value of strong creative."