Day Six of the Cannes Lions 2008 festival had Crispin Porter + Bogusky talking about the power of the story and the Cannes Debate take place. Can online actually help create brands and sell existing ones? 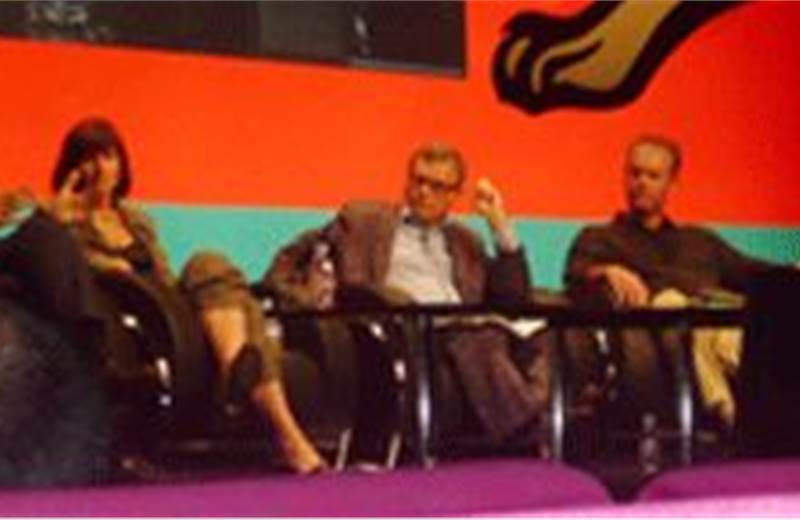 Day Six of the Cannes Lions 2008 festival had Crispin Porter + Bogusky talking about the power of the story and the Cannes Debate take place. Can online actually help create brands and sell existing ones? That was the subject of discussion for the Cannes debate on Friday afternoon. So while you had representatives from the four key Internet players, Google, Yahoo!, Microsoft and AOL taking part, WPP chairman Sir Martin Sorrell moderated the session. And an interesting debate it was.  Even if it tended at times to stray from the central theme about moving from metrics to brand building.
The Bogusky session centered around the power of the story. Chuck Porter, co chairman – Crispin Porter + Bogusky and chief strategist, MDC Partners felt that in today’s digital arena, it was easier to fall in love with brands, and had a few words of advice for creative folks looking at engaging with consumers. Porter said that mostly surprise endings made great stories, indelible characters made a great story. Other bits of advice that Porter said were important to remember was the fact that a little shock value made a good story. As Porter concluded in his seminar, no focus group in the history of the world had ever written a good story.
Giving a comparison of the growth of the Internet industry relative to the growth in the advertising marketing communications industry, Sorrell said that while the four main holding companies put together (which included WPP, Omnicom, IPG and Interpublic) had a collective revenue of $ 36 billion with a market capitalization of $45 billion, the four Internet players which were part of the discussion had a combined revenue of $ 120 billion with a market capitalization of $ 0.5 trillion.
Yahoo! and Google’s recent announcement that the two traditional rivals would be coming together in an initiative that would see Google sell search ads on Yahoo’s website was at the center of this debate, a move opposed by Microsoft, which has claimed that it was a monopolistic measure. As Sorrel pointed out a potential collaboration between the two would mean a combined dominance of close to 80 to 90% in the online market. Yahoo!’s Hilary Schneider defended the move saying that the collaboration was only part of an effort to augment Yahoo!’s search marketing space. Google’s Henrique de Castro clarified that Google has always and will continue to work with a large set of advertisers and there was no exclusivity clause in the collaboration. Castro said that the Internet was an open market and that’s how it would continue to be.  A point that Sorrell brought up was the threat that traditional holding companies faced from Internet giants like Google, which may decide to produce content directly through the client, some day and cannibalize the advertising business. Google’s Castro vehemently denied that the Internet giant had any such plans going forward and said that Google was essentially a technological company that provides the technical knowledge.