British public calls out brands for insincere tributes to the Queen 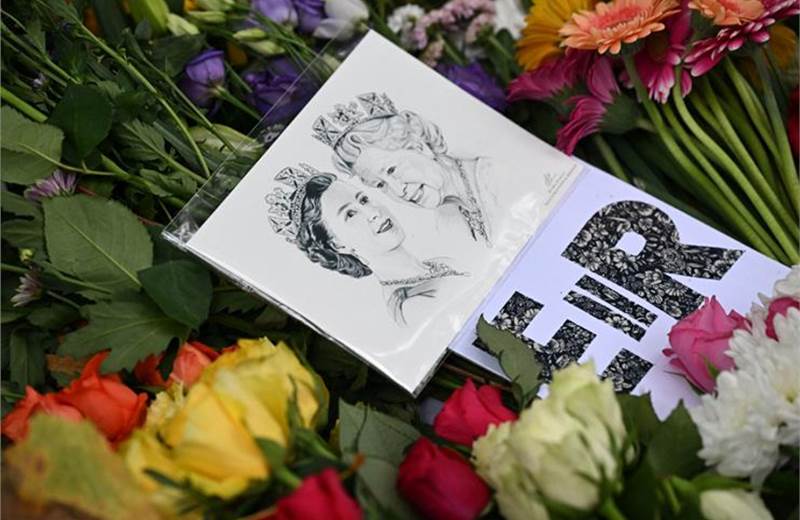 Data collated by YouGov has revealed that more than half of Britons (58%) believe brand tributes to the Queen are insincere.

Some 1,708 UK adults were surveyed between 13 and 14 September following the Queen’s death on 8 September.

Among those surveyed, the majority of people felt the messages put forward by brands, predominantly on social media, were PR-driven rather than “a sincere desire to pay their respects”.

Just 28% said it was likely that these messages “come from the heart”, with those aged 65 and above being the most likely to believe brands are being sincere in their condolence messages at 39%.

However, 46% of this age group still erred on the side of scepticism, believing brands were just doing it to maintain a positive image.

The younger generation has even less faith in companies’ intentions, with 66% of the 25-49 age group and 61% of the 18-24 age group believing it was PR-driven. 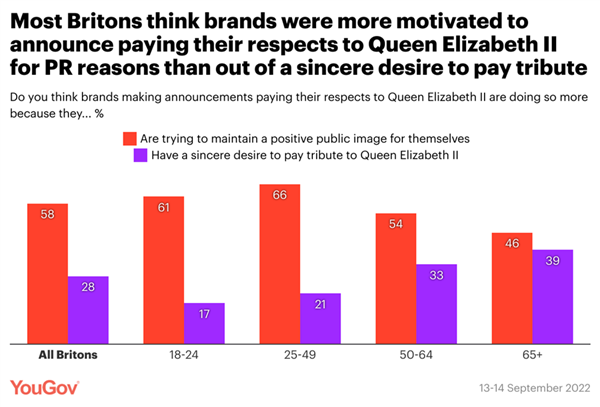 The public were most likely to believe that tributes from brands with a royal connection were appropriate, a sentiment shared by 83% of the population.

In addition, 81% felt it was appropriate for tourist attractions with a royal connection to publicise their tributes.

This number fell by more than 20% when asked about tourist attractions that did not have a royal connection, with just 59% believing it was appropriate.

Faith in other brands also dropped significantly, with 60% of people believing that it was appropriate for supermarkets to pay tribute, 57% for greeting card companies and 56% for food companies.

It might come as a surprise that sex toy and lingerie brands also wanted to pay their respects to the Queen, with more than half (54%) of the public stating it was inappropriate for businesses of this nature to pay tribute. 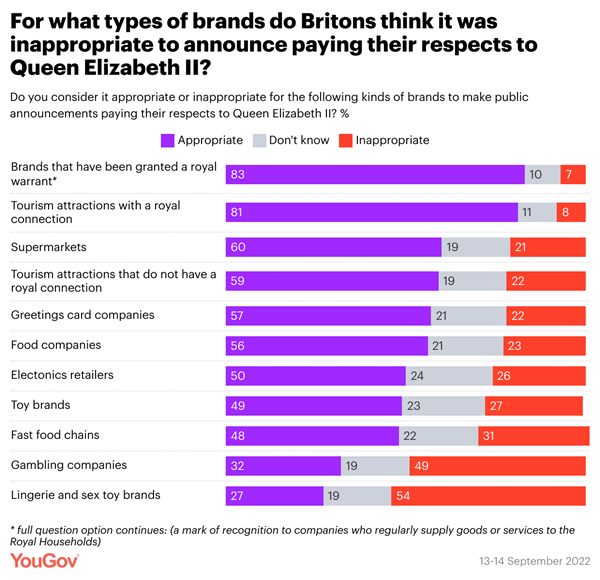 Three-quarters of the public supported school closures (77%) and museum closures (75%) on the day of the Queen’s funeral (19 September), with almost as many saying the same of high street retailers (72%).

Last week, brands were urged on social media to tread carefully when paying their respects to the Queen, as many were criticised for being distasteful.

Brands like Domino’s Pizza, Playmobil, Pretty Little Thing and Thomas Cook came under fire, with some social media users noting that it was inappropriate for businesses to use their logo or branding in their tributes. 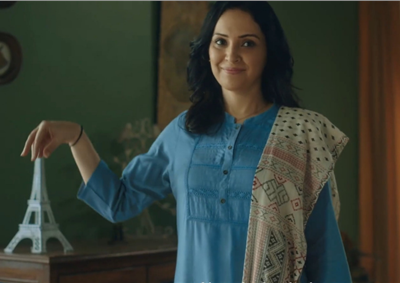 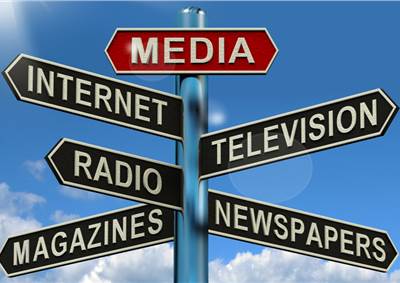