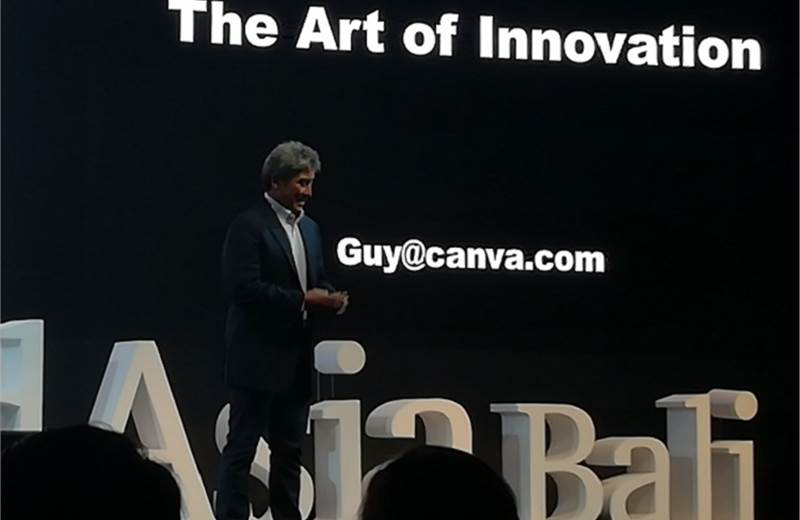 Leading venture capitalist, author and former chief evangelist at apple opened the knowledge session at AdAsia 2017 with a keynote address on the "art of Innovation".

Starting with a tribute to his former boss Steve Jobs, he said that he was what he was, because of Steve Jobs.

On a lighter note, he added that Jobs is probably helping God create a 2.0 version of the world which will be late to market, expensive and one where none of the existing cables would work.

Kawasaki laid down 10 rules that could be followed to foster innovation in their respective organisation's.

If you want to truly innovate, don't ask the customer. By asking the customer, companies end up making products that are faster, better and cheaper and the next version would be ten percent better than the ones existing in the market.

Taking the example of ice harvesting in the olden days, he said the ice factories that followed were not set up by the harvesters and the refrigerators that put the ice factory out of business was not created by an ice factory owner. Taking the oft quoted example of photography, he said that if Kodak and Polaroid had realised that they were in the business of "preserving memories" and not about "selling  chemicals that develop into photographs" the companies would have probably still been around today.

Make a product that is MVVVP

While most entrepreneurs make a minimum viable product (MVP), Kawasaki advocates the creation of not just viable but also valuable and validated product.

The product creator is not just another engineer. Consider an engineer to be an artist, a designer and a musician. The engineer is the hero and not just a cog in the wheel.

You don't have to please everybody. True innovation polarises people. Uber and AirBnB are examples of that.

He called naysayers as "bozos who cannot embrace the future". However, there was a difference. The loser is not a dangerous bozo. The rich and famous who are often considered smart are the dangerous ones, he said. "They are not smart, just lucky," he said.

Giving the eample of how apple created an opensource ecosystem for apps after a year of the iPhone's launch (it initially kept it as a gated community) was one instance when even Steve Jobs changed his mind.

Most product quadrants are designed to either go for value or for the unique features. in this case, Kawasaki appeals you to go for everything. Create a product that's both unique and valuable.

In Silicon Valley, they throw all sorts of ideas on the wall. Only a few stick. They then go to those ideas and draw a bulls eye around them and proclaim "we hit the bull's eye".

While you need to avoid the naysayers and not ask customers (rule no. 1 and 6), this is a slightly contradictory approach. You need to carefully tune in to customers to regularly tweak your products to stay ahead and on top of the curve.