7UP pushes its ‘fresh and cool’ positioning in new thematic campaign

Pepsico has rolled out a new thematic campaign for its lemon-flavoured beverage, 7UP. The campaign expands on the theme of ‘lemon refreshment’ with an aim of reiterating the ‘fresh and cool’ positioning of the brand. 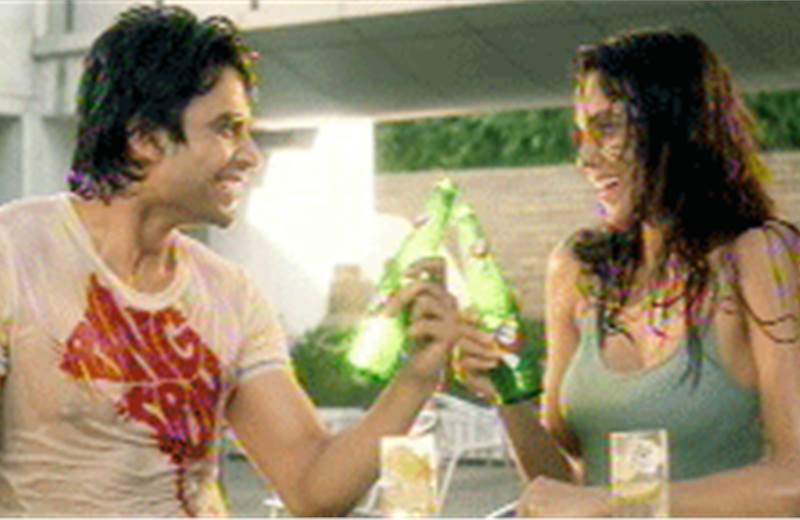 Pepsico has rolled out a new thematic campaign for its lemon-flavoured beverage, 7UP. The campaign expands on the theme of ‘lemon refreshment’ with an aim of reiterating the ‘fresh and cool’ positioning of the brand.

Said Alpana Titus, executive VP -- flavors, PepsiCo India, “7UP is one of the fastest growing brands within the PepsiCo portfolio. We will be building on the simple yet powerful message of  “lemon refreshment” that has resonated with consumers in 2009. We are entering 2010 with strong momentum on the brand, with a very healthy growth in volumes as well as consumer equity scores. We will accelerate the journey we embarked on in 2009 to simply remind the consumer of the unparalleled refreshment that the natural lemon flavour of 7UP delivers. All communication, starting from the basic packaging to outdoor, print and electronic communication will strengthen this core lemon refreshment theme.”

The new thematic television commercial communicates the sensorial refreshment that 7UP gives to a couple who is getting bored in a cafeteria. With an attempt to make the commercial seem more than just another story, it takes the viewer on a sensorial ride of lemon refreshment. The film has been conceptualized by BBDO India and produced by Cutting Edge Productions.

Apart from that, brand 7UP has also launched an outdoor campaign, as part of its 360 degree integrated communication. The images created for the outdoor have been crafted using a photographic technology hitherto unused in India. A Spanish production house, Garrigosa Studio was roped in for developing the look.

Said Manoj Deb, executive creative director, BBDO, “The challenge for us was to create a look that’s fresh and strongly communicates the message that 7UP has natural lemon flavour. Keeping in mind that pictures speak louder than words especially in OOH medium, we created water splashes in shape of lemon slices which made them visually delightful. Such a look is distinctly different from what others have attempted in the category.”

A new eye catching lemony packaging has been introduced to reflect the natural lemon refreshment of the drink.

View other 7UP campaigns:

7UP ropes in Bappi Lahiri to push 'gold' lemon offer

Pepsi launches thematic campaign for 7UP