Budget airline SpiceJet has come up with a series of films on digital channels, that will also go on air soon.

Each of the films portrays an everyday situation in which one if forced to compromise, but with a twist.

One of the films (above) features a man waiting for an elevator. He is seen wearing a cervical collar and moving with a little bit of difficulty. As the doors are about to close, another man holds up the elevator and talks into his walky-talky. He says the models are ready for the swimsuit round. The protagonist is soon surrounded by a bevy of young women in swinsuits and breaks into a huge smile. A voice over says, "Sometimes it's okay to be cramped for space, but not when you are traveling." The features offered under SpiceMax (extra leg room, hot meal and beverage, priority check-in and baggage delivery) are highlighted before the brand signs off with its line: 'Red. Hot. Spicy.'

Another film features a young woman customer at a bank, there to complete a transaction for her mother. The counter closes just as she reaches it and she tells her mother on the phone that she will handle it the next day. But then, she sees a tall, handsome young man in the next line who smiles at her, and changes her mind. She tells her mother she will finish the transaction the same day. She can't suppress her wide smile. When she leans back in joy, she bumps into another young man. The voice over says, "Sometimes it's okay to stand in a queue, but never when you're flying."

Two of the films highlight the hot meals offering.

One of them is set in an office. It features two subordinates having to eat cold food offered by their boss, and having to praise it despite hating it. After all, it's the boss' wife who has cooked it.

Another film is set in a restaurant. Two young male guests complaiin about cold food being served at the five star eatery and demand to speak to the chef. When she appears, they do a U-turn, silenced by the beautiful young woman's appearance.

In a statement announcing the campaign's launch, Ajay Singh, CMD, SpiceJet, said, "It is our grand vision to make every Indian fly which comes with the added responsibility of rephrasing ‘luxury’ for our customers. Underlining the minor details goes a long way in adding value to the ‘experience’ a brand renders and that is what our efforts are driven towards. We want to reach out to every Indian who is waiting to experience the red hot spicy affair with SpiceJet and our campaign adds a more exciting flavour to our sustained efforts.”
Debojo Maharshi, CMO, added, "Our campaign mirrors the spirit of celebrating everyday moments with SpiceJet. Through fun, engaging and slice-of-life situations the commercial persuades the consumer to make a smarter choice by choosing to fly with us. Publicis has done a fabulous job conceiving a campaign which offers the perfect balance of messaging and drama.”
Hemant Misra, CEO, Publicis Capital, said, “Our mandate was not just about creating communication for these key differentiators, but to also provide consumers with a compelling argument about why SpiceJet is the right choice for them. A strong consumer insight is what was required.”
Joy Mohanty, NCD, Publicis Capital, said “The life truth was that there are times when you willingly compromise and eat a cold meal, be cramped for space, and even stand in a queue. But you never need to compromise when you’re flying, thanks to SpiceJet.”
Credits
Brand: SpiceJet
Agency: Publicis Capital
Production House: Fingerprint Films
Director: Karan Shetty

Diljit Dosanjh creates the perfect ambience for a Coca-Cola hangout 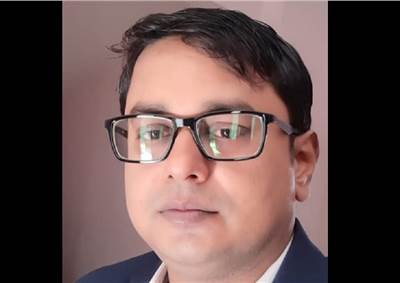