Pringles has dropped the moustache on its long-standing mascot for the first time in its 52-year history in a partnership with men's health charity Movember.
Created by We Are Social, the work shows Mr Julius Pringle as his iconic 'tache gets a drastic trim, marking the beginning of Movember.
It was created by Josh Crossley and Stephanie Gane, and is running across social media.
The campaign marks Pringles' year-long partnership with Movember which aims to encourage more open conversations around mental health under the tagline: "Pop, share, chat."
Mr Pringle will be joined by Peter Crouch, Sir Mo Farah, Liam Payne, Russell Tovey and thousands more to raise awareness and funds for men's health.
Movember aims to reduce the number of men dying prematurely and the rate of male suicide by 25% by 2030.
"Movember is an incredible cause and the work it does to support men all over the world is second to none," Rebecca Worthington, activation brand lead for Pringles UK, said.
"As a partner to the charity, we couldn't let Mr P get away without removing his iconic moustache and we're looking forward to helping to drive important conversations around people's mental health.''
KFC France has also supported Movember this year, with the brand chopping off Colonel Sanders' trademark beard to mark the beginning of the 30-day fundraiser, in a campaign by Sid Lee Paris.
Last year's Movember spot "Whatever you grow will save a bro" encouraged men to grow facial hair, regardless of their moustache-growing abilities.
The charity also launched an ad parodying the UK government's infamous "Get ready for Brexit" campaign, alongside a more serious spot outlining some of the out-of-character traits to look for when a friend is going through a tough time. 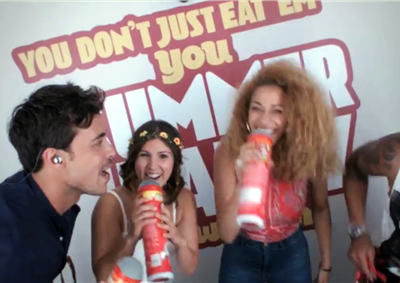