While content creators have been flooded with work recently, they've also had to contend with a flood of copycats. But lax legislation and hesitancy for creators to take action remain pending issues 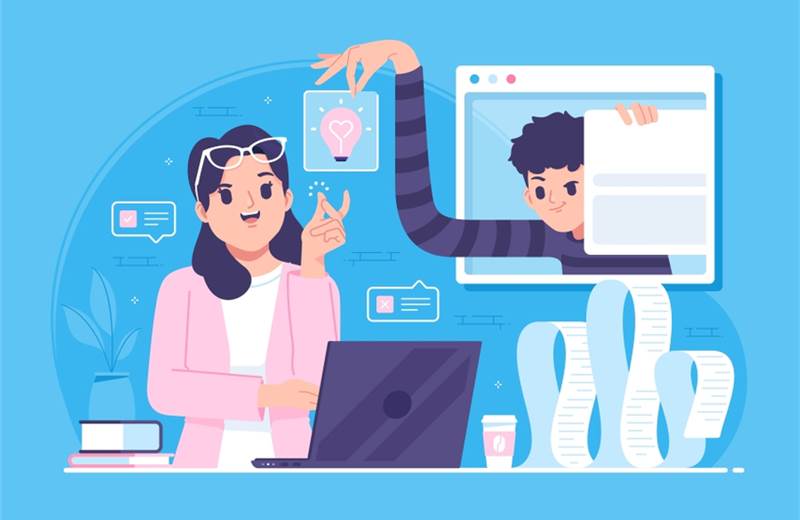 Despite an improvement in intellectual property (IP) regulation, content creators continue to face plagiarism of their work. But their efforts to prosecute these copycats are stymied by poor awareness of legal processes and an apparent unwillingness to escalate these cases beyond social media call-outs, a range of industry voices told Campaign Asia-Pacific. While some cases—such as the one involving Audi, Chinese KOL Andy Lau and M&C Saatchi in China led to quick remediation—a vast majority of content creators make little headway against plagiarists.

This situation is compounded by uneven legal protection for content creators. While developed markets such as Singapore and Korea protect their work better, several in South and Southeast Asia are lagging. In the fight for regulators, brand leaders and agency heads to protect their assets, they also discover that existing laws across APAC are mixed in terms of execution and enforcement.

“Brands want campaigns from these creators turned around often in less than 12 hours and there is just no time for them to think about protecting their work,” says Priyanka Khimani, partner at Khimani & Associates, a full-service law firm in Mumbai, India. “Most of the work is dealt with on the phone and on WhatsApp for a majority of creators and very few people are trained in this ecosystem to deal with plagiarism…definitely not the agents and managers who manage their schedules.”

To be sure, copying online content isn’t new to the creator economy. Instead, what has shifted in the past six months to a year has been the sheer volume and pace of plagiarism across the sector, according to sources Campaign spoke to for this story.

Due to the pandemic, the demand for creator content exploded and brands and agencies placed tough asks of creators for quick turnarounds, as they sought to stay connected with locked-in consumers.

“I don’t think I have had a slow week since April 2020,” a personal-finance content-creator in Singapore tells Campaign on the condition of anonymity. “But when you need complete videos from brands overnight, some will inevitably take the low road.”

Werner Iucksch, SVP, social media, MediaMonks APAC, says that there is copyright regulation everywhere, but enforcement is very weak. That adds uncertainty to how any dispute is going to end and how long it will take.

“Nobody has the appetite to go through the justice system,” he contends. “Since we are talking about influencers and creators, most times the bad publicity they can generate is enough incentive to get the parties to reach a negotiated agreement."

In certain tight-knit creator communities—such as musicians and illustrators—a bad experience can risk the reputation of the agency as well, making it very hard to get good talent for future engagements. So, the agencies also have an incentive to keep their clients accountable.

At present, there are structures in place on certain platforms (such as YouTube) to detect copyright infringement, but these are limited to IP protection of content published on the same platforms.

“There is still a gap where content from a certain platform is plagiarised, and only detected when it comes to the original creator’s attention,” Misaki Sato, regional deputy head of creator growth, AnyMind Group, says. “For example, a piece of content created on a blog platform but plagiarised on a social-media platform cannot be detected automatically by either platform.”

This means that creators and KOLs may be aware of content theft, but often can’t do much to protect their incomes. This is just the predicament that Michelle Hon—who describes herself as author, entrepreneur, and podcaster—found herself in recently.

"Yes, I'm aware that my content has copyright protection and IP law,” she says. “My content has been reposted and used by another account as their own. There was nothing I could do except lodge an official complaint with Facebook."

Plagiarists often have an upper hand because they tend to operate in stealth, moving copied content across platforms and of course don’t offer payments or even acknowledgements. For example, in India, Neha Nagar, who provides short-form video tutorials on financial planning, says copying of her content is rampant and it’s virtually impossible to keep track of the copycats, given the pace of content creation—and copying across the industry.

With no credits and mentions, Nagar can’t benefit monetarily, since any acknowledgements and mentions are buried too deep in the comments to matter. Since plagiarism of her content was featured in this piece in Mint, she says the problem has only worsened.

With the explosion in social media content thanks to the pandemic and having the attention of confined consumers, plagiarists have come in all shapes and sizes, complain creators. While fly-by-night social media accounts are the obvious copycats, newer content creators also complain that well-established KOLs lift their content as do brands of all sizes. For everyone, the challenge is to be current and keep the attention of consumers, while keeping an eye on shifting platform preferences. Sources for this story say that comedy and indie music are the preferred mediums for many brands to reach consumers.

Iucksch of MediaMonks confirms that marketers are increasingly interested in working with creators, but the challenge of ensuring content is original remains.

“We do work with lots of influencers and creators led and contracted by APAC offices,” he says. “For us, they are part of our creative ecosystem.” Recently, the agency worked with Kia Worldwide and partnered with Kato for original music, as well as a campaign with artist Mulga for HP Australia to promote an ink subscription product.

“One of the most important things is for agencies to have clear contracts that distinguish between agency deliverables and influencer or creator content, making sure that everyone involved understands that these are two separate elements,” he explains. ”This helps protect everyone: the agency, the client and the creator.”

As they seek to build watertight contracts with creators, agencies take their time to have in-depth discussions with client procurement teams to explain that influencer work's IP is not part of their contract and needs to be negotiated separately. Other clauses that agencies also add to their contracts are around buy-out clauses, editing rights, and hosting of the content with influencers.

“The best approach is to take time to have deliverables, timings, and IP boundaries clearly worded within legally binding contracts. It's also best to be reasonable; things change, and honest mistakes are made sometimes,” Iucksch adds.

However, in most cases, these contracts can be much more fluid, asserts lawyer Khimani. Mostly, she pushes creators to have at least a semi-formal contract to outline their deliverables, rate card and a trademark portfolio to show off to potential clients. “In this industry, 99% of creators haven’t engaged with a lawyer and there is a serious lack of understanding and awareness about how to engage with them,” she says. She adds that some creators simply "don't know better" about engaging legal counsel. Cost is also a constraint for many creators, according to her.

Instead, Khimani along with two other lawyers who spoke to Campaign on background say it is often back-to-basics with creators when it comes to determining if content has been plagiarised. For instance, they might see if a piece of contentious content is owned by the creator or is not original to begin with—such as in the case of a music cover.

“Creators must understand the difference between authorship and ownership,” Khimani contends. “Often as the creator you don’t have rights over your material because its ultimately owned by a brand or other entity.”

While most markets are quick to issue cease-and-desist orders, it may be in the best interest of all involved to convert an offending piece of illegal content into a legal piece of work," says Iucksch of MediaMonks. "Often brands and agencies aren’t even aware that they have transgressed and a both-sides meeting helps iron out these differences. If things go south, one way or another, frank conversations are always the best first step—negotiated agreements are usually possible."

At the end of the day, this is what a couple of indie musicians in India—and clients of Khimani—did when they discovered their work had been lifted by a brand. Lawyers from the two sides met, a compromise was reached, and the musicians ended up signing a licensing deal for their tunes to boot. While this was not the ideal win for the content creators, more and more creators seem to be accepting this pragmatism to cope with this spike in plagiarism, while keeping their businesses going.