Often seen as a bellwether of wider marketing trends, this year's Super Bowl campaigns point to corporate America and the marcomms industry rediscovering confidence and direction after a slightly haphazard 2021 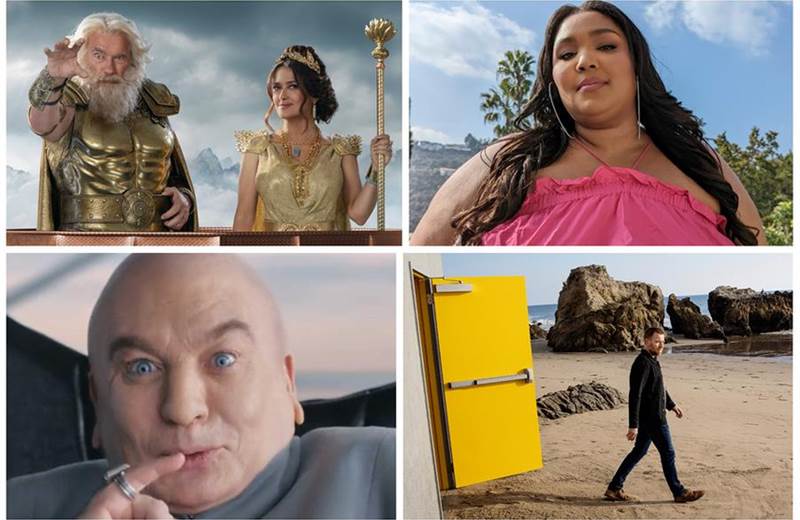 As I wrote after Super Bowl LV, in 2021, many brands chose to play it safe last year, largely eschewing political statements and "purpose" positioning for different variations on tried-and-tested celebrity self-mocking. There were also some, frankly, sub-standard and tired attempts at humour from the likes of snacking staples M&M's and Cheetos.

My sense is corporations and brands have regrouped and refocused on their purpose – in a way that links to their business, not as merely an exercise in virtue-signalling – following the initial crisis of the first wave of the coronavirus. Overt political messaging was largely absent, but environmental concerns were alluded to by some, post-COP26; especially firms pushing their green innovations.

Two major car companies focused their humour on promoting electric ranges in celebrity-filled spots. My favourite (partly for nostalgia reasons) is General Motors' film in which Mike Myers resurrects Dr Evil from Austin Powers, alongside other welcome sidekicks from the movie series, to publicise the company's electric line.

Kia also gets in on the act for its electric EV6 range, although this one goes more for cute than laugh-out-loud funny.

Salesforce, meanwhile, enlisted Hollywood star Matthew McConaughey to give a pro-environmental responsibility message as an astronaut, with a message that the new frontier is "right here"; as a subtle swipe, presumably, at billionaire "spacemen" like Jeff Bezos and Elon Musk.

Given the reported cost of Super Bowl ad slots, it's little wonder so many fall back on nostalgic fun to create familiar connections in the shortest time possible. That's not new, but this year feels particularly stellar. In addition to the Austin Powers/GM spot, we get the return of another 1990s comedy hit—The Cable Guy, starring Jim Carey—in a campaign for telecoms company Verizon.

Bud Light also tapped into nostalgia, with an eye on the future. The campaign for its zero-carb beer uses Barbra Streisand's 1963 song Gotta Move while looking to appeal to a younger audience (note the appearance of an NFT).

Other big brands went straight for comedy, with big-name stars and well-written scripts that mostly hit the mark, in my view. As the author of our Creative Hits & Misses of the Week column wrote about the Uber Eats campaign, which shows celebrities attempting to eat the non-food items they’d had delivered, a teaser delivered to the press and social support from the stars helped generate earned media coverage in advance:

It's a solid concept, much like Amazon's campaign starring Scarlett Johansson and Colin Jost, which imagines what would happen if Alexa were a mindreader.

This spot for AT&T also leans heavily into gentle celebrity mocking (for the uninitiated, Mila Kunis is married to Demi Moore's ex-husband, Ashton Kutcher), while another campaign, for T-Mobile and starring Dolly Parton and Miley Cyrus, sends up celebrity fundraising campaigns.

Below are more Super Bowl campaigns that went straight for the funny:

Away from comedy, Google used its spot, which starred singer and rapper Lizzo, to publicise its Real Tone camera technology on the Google Pixel 6 smartphone, which is said to give a better rendering of skin for people with dark skin.

Again, the campaign showed focus. Rather than hinging on a forced "purpose", it targeted something good that Google was doing itself.

Among my favourite non-comedy spots was this film for travel booking company Expedia. Starring Ewan McGregor, it carries the message that experiences are more important than "stuff".

Not every campaign was a hit in my view, however. The ending on the new Meta film, starring an animatronic arcade dog who reunites with his 'band' through the Quest 2 virtual reality headset, is perhaps not as uplifting as it was intended: your actual life is bad but you can still have fun in a virtual setting.

This campaign for Bud Light Seltzer Hard Soda is well made but, in my opinion, lacks a strong and memorable concept.

And we have sympathy for crypto-exchange company Coinbase; its app crashed moments after the broadcast of an original ad displaying a single QR code bouncing around the screen. We can assume it's an attempt to "disrupt" the marketing model, much as Reddit tried, with some success, last year.

But there was much to be positive about the spots at this year's Super Bowl LVI. While not groundbreaking, they showed a desire to get back to basics and to do them well, delivering strong messages wrapped in nostalgia, comedy or purpose—or a combination of the three.