Q&A with Star India's Pallavi Tibrewal on an online game developed by Grey for the ‘Life of Pi’ premiere, role of digital initiatives, and monetising social buzz 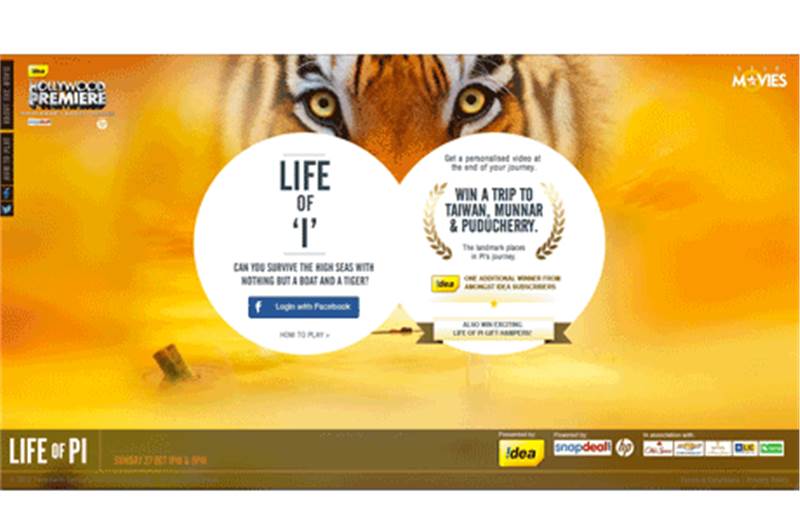 An interactive online game ‘Life of I’ went live on 15 October, well ahead of the Life of Pi premiere on Star Movies slated for 27 October. On offer are trips to locations where the film was shot.

Campaign India spoke with Pallavi Tibrewal VP, marketing, Star GEC channels, about the objective and scope of such digital initiatives.

Can you tell us more about ‘Life of I’?

Star Movies is using the interactive power of the digital medium to reach out to its audiences by launching the first ever experiential online journey based on the movie. The game, titled ‘Life of I’, invites viewers to experience the journey of a lifetime through the lens of Pi. Participants can log in to the game via Facebook where they have the chance to map out their own journey based on the events that transpire in the movie. There are eight milestones to this journey, crossing all makes the participant eligible for a trip to landmark locations where Life of Pi was shot – including Puducherry, Munnar and Taiwan, in addition to other prizes. Having played out the entire game, all participants will be gratified with a personalised video of their journey. The video acts as a memoir of their journey as they live in real life their own version of the movie.

What was the thought behind launching this game?

We have been thinking of going a lot more personal with people starting with a very broad campaign. We want people to tune in to our premieres, which can happen only if they have a personal connect or we have done something that they will remember. This was the movie that gave us the opportunity to do that. This was the thought behind it and we gave it to the digital team at Grey who then developed it.

Initiatives such as ‘Life of I’ are targeted at people who would be interested to watch movies on our channels. Most of our digital campaigns have one leg on-screen, and one digital. For the ‘Life of I’ game, one leg is the digital game and the last leg is watching the movie, which completes the whole process.

Does the social buzz lead to increase in viewership?

It definitely leads to more engagement with the viewers. Since it is a personal connect, there is a high probability of them remembering to tune in into the premiere.

We do not monetise the social traffic right now but I am sure there are opportunities.

How are you pushing this initiative?

The game is being promoted on air. We have a promo by (actor) Irrfan Khan where he is inviting people to come and play the game. We are promoting it digitally across different platforms. We are doing everything that we can do to promote the game. But even without doing it organically, after the game went online, we have got a very good response in terms of number of people playing, because of the way the game has been structured. If one person plays, 10 other people come to know about it. The personal connect and the video encourages other people to play.

This is very personalised game – it has your profile picture, stamp is from the city that you have set as your hometown in your FB profile.  Each step of personalisation that we have added makes it very interesting for the person to play. The dropout rate as we go through the various stages of the game is very low.

Once you start playing, it is a very involving game.

How many people have participated in the game so far?

While I do not have specific numbers to share, people from all over India are participating in the game. We have done a ticker on promos saying that if you would like to be reminded to watch the movie, just give a missed call on a number and we would send them a reminder SMS. We have taken a very personal approach to the movie this time.

What are your expectations from the premiere?

We have a double premiere. Hoping that it is going to do good ratings. It is one of the first English movies to do Rs 100 cr business on (cinema) screens (in India). It has an Indian connect and we have great promo plans to push it. 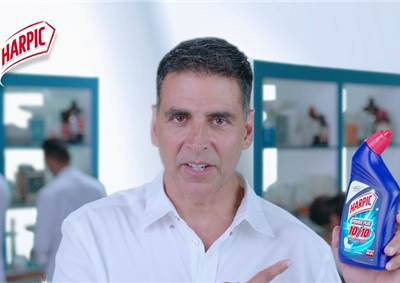 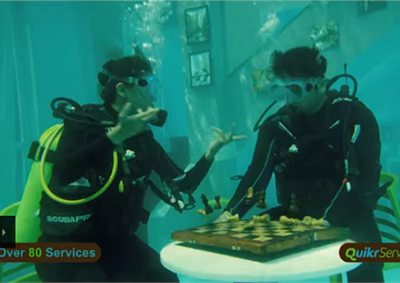 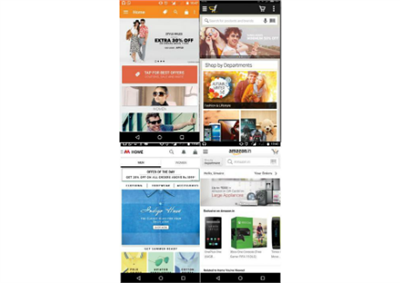 All About: Mobile-only e-Com