Rediffusion builds up to 50 years of existence by celebrating talent 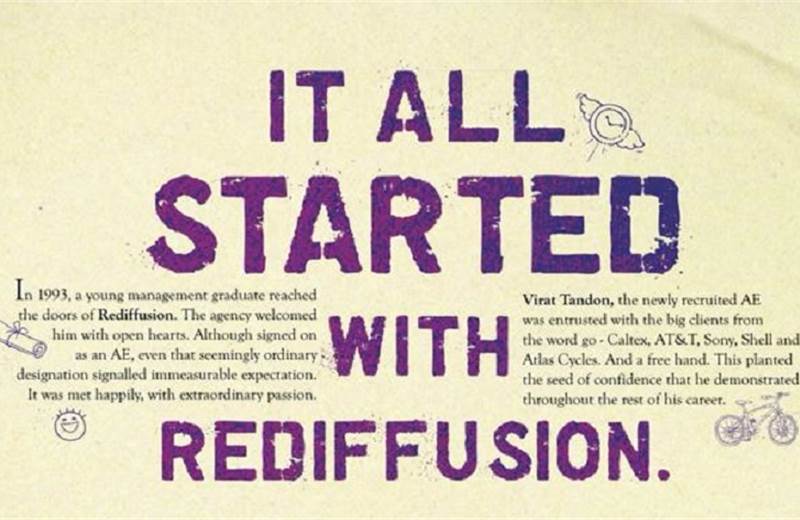 Rediffusion has kickstarted its ‘50 Years’ celebration, 24 months in advance.
Every month over the next 24 months, the agency will release an ad celebrating a former employee who has gone on to achieve success and fame in advertising, and beyond.
The first in the series is Virat Tandon. Tandon joined Rediffusion in 1993 as an account executive in its Delhi office. 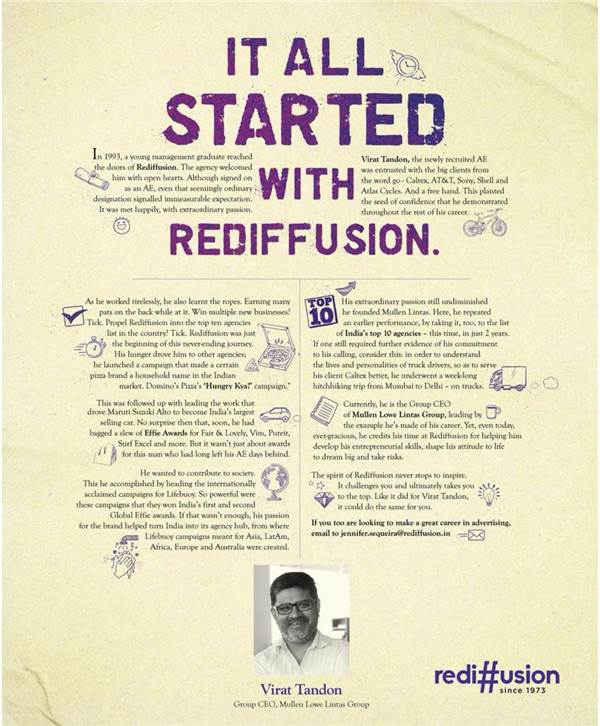 Diwan Arun Nanda, chairman and founder, Rediffusion, said, “Rediffusion has a proud history not just of the clients and brands it has handled over the past 48 years, but also the talented professionals who worked at Rediffusion over the years and left their indelible stamp on the agency. This campaign celebrates our stars who spent some part of their professional innings at Rediffusion, and then moved on to attain stature and esteem in the ad industry, media, movies, academia, and more. This campaign toasts their success, and thanks them for having been part of Rediffusion’s incredible journey of nearly five decades.”
The second ad in the series features Kamlesh Pandey, who has recently come back to the agency as 'legend in residence'.
Sandeep Goyal, managing director, Rediffusion, added, "So sparkling is our galaxy of superstars that choosing just 24 to feature in the campaign is going to be a tough task. I worked with Virat Tandon when I was branch head of Rediffusion Delhi. It is so satisfying to see Rediffusion youngsters like Virat bloom into leaders of the industry. Rediffusion has been a veritable University of Indian Advertising and we are proud to be celebrating our contribution through this communication."
The campaign has been ideated and written by Pramod Sharma, executive creative director, Rediffusion Mumbai.