A conversation with Mala Sekhri, chief operating officer of the lifestyle division of India Today Group, on Cosmopolitan’s 15 years in India, and plans for the other titles for the year (the Group will launch Women’s Health in April) 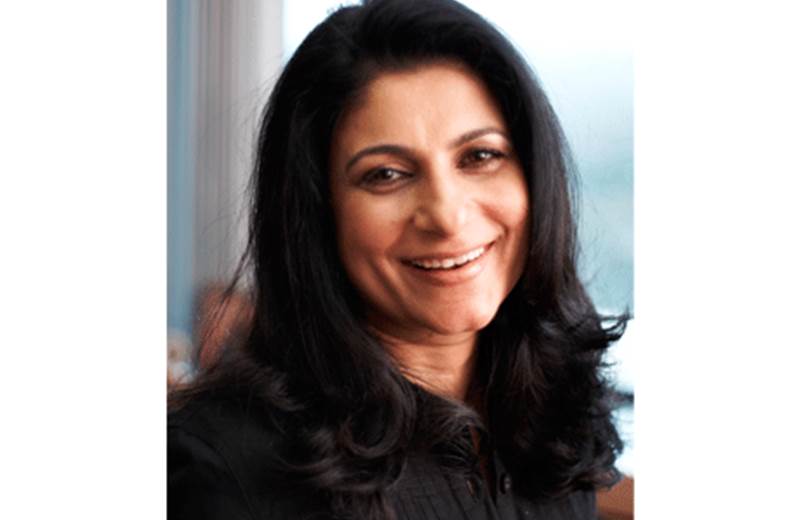 CI: 15 years of Cosmopolitan here. How have the readers evolved and how has the content kept pace?

Mala Sekhri (MS): I always say, and I’m repeating it because it’s very relevant, that Cosmopolitan has actually ridden the change that India has been through, or more importantly Indian women have been through in the last 15 years. When Cosmopolitan launched 15 years ago with its very direct and bold content, people were frankly uncomfortable with it. As lifestyles changed, as women got into the workforce, and became more comfortable with who they are and with living their lives their own way, rather than through the expectations of others, they started adapting to what Cosmopolitan was really taking about which is: Be the best that you can be, whether it’s in your looks, relationships, or career. It’s a very empowering message and everything we talk about in the magazine says, “You’re okay as you are but here are little things to help you along the way.”

CI: Who would you define as the Cosmopolitan reader now? Has the profile changed over the years?

MS: Earlier, when we first started, we had all kinds of readers – young women for whom it was meant, and much older women as well. There was a simple reason – nobody had ever talked to them before. They didn’t grow up with magazines like Cosmopolitan. You’ll be shocked and I’ll be very candid about this but there were letters we got from women who said they had been married for ten years, and they didn’t even know if what they had been doing in their sexual relationship was right. Nobody ever told them what was right or wrong, and those were very sad letters, because they tell a story about ignorance or that parents never talk to their kids, or there was never any education. We had these readers who picked up the magazine out of a sense of curiosity.

Then of course, it changed. So our readership has become younger, the young working woman who’s in her first or second job, who’s looking for little ways to enhance herself as an individual. It’s a transient readership the world over – Cosmopolitan is a phase you go through (though there are some women in the US who’ve been reading it for 35 years and bind and keep the copies).

Readership is more in the first 30-35 towns, that’s where we’re really strong. More than towns, it’s a mindset – we could have that one reader in Vellore, but she’ll have the same mindset as someone in Mumbai.

CI: There is so much more competition in the lifestyle magazine space now, and many more women’s titles as well. How has the India Today Group adapted itself?

I don’t think we’ve had to “adapt”; what we have done, in the larger vision of the Group, is capture whatever interests the woman at a point in time, and I think we’ve done very well with that. Prevention as a magazine was launched five years ago, and people said we’re just getting into consumption, how are we concerned about health? As you can see, India’s changed so quickly, we’ve taken that big leap from Pringles chips to Lay’s Baked. So we may have been a bit ahead of the time, but when the time came, we were there. Today, Prevention is the fastest growing magazine in its space in the market, we’re adding copies every month. We’re also launching Women’s Health on 1 April.

CI: Has there been any change in the subscription model?

CI: How active do magazines have to be in areas besides the traditional print edition today?

MS: Your whole life has become 360-degree. When you are consuming content, you get online, you participate in events, you watch TV. You have to offer experiences at every level. As a Cosmopolitan reader, you’ll know what the event is like in your mind beforehand, which is glamourous, edgy, and fun, as opposed to a Good Housekeeping event, which will be more demonstrations and service oriented. That’s the whole beauty of building up audiences of a certain mindset; the reader will know if the event is for her, having consumed the brand already, and so will the advertiser.

CI: Is the Group offering new advertising solutions for all the platforms?

MS: Definitely. You may not have read my Cosmopolitan this month, but you may have gone to a Cosmopolitan event. I have these audiences who consume my content in different ways; the advertiser can get all or some. Our very important partner is Sunsilk, for example. They have launched their new brand variant through us in Cosmopolitan, and they’re extending that offering through the Cosmopolitan ‘Fun Fearless Female Awards’. They think that event matches their brand values, and so they come in as partners. I hate the word “sponsor” because in a sense, that means I can’t pay my own bills, and why don’t you do it for me. I don’t think that is the point anymore; the point is to work with partners with whom you share similar objectives, and you marry the two and put it out there together.

CI: What are your other plans for the year, besides the launch of Women’s Health in April? Any more properties?

MS: Yes, we are looking at more events for Cosmopolitan. It’s a brand that lends itself to events. We’ve had reader requests from places like Chandigarh, so we are looking at going to some other metros with some of our events. Good Housekeeping is in its seventh year, and we’re definitely looking at brand extensions there. Women’s Health is catering to a very wide niche of young women who want to look good, feel fit and be happy (Prevention is for an older audience, for women who are over 30).

For Harper’s Bazaar, we’re just announcing the Luxury Awards in the March issue.