His annual bonus and long-term share award are linked to his new €1.17 million salary, but his total pay remains far lower than those of US rivals 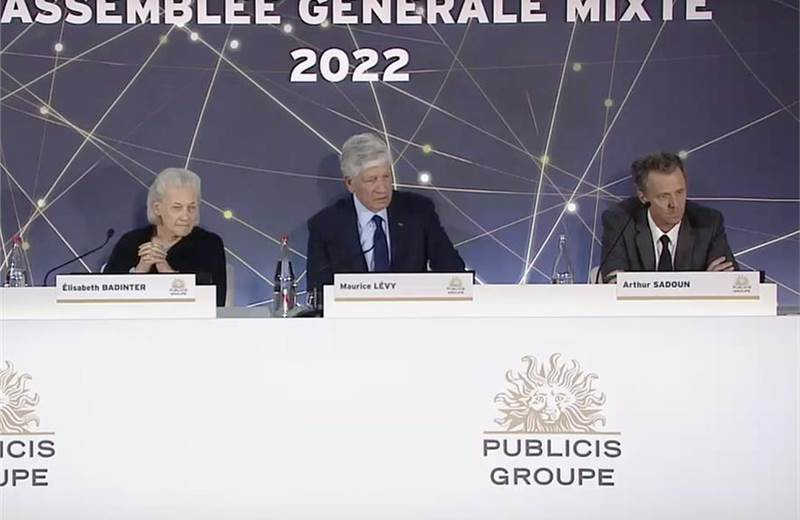 Publicis Groupe has given Arthur Sadoun, the chief executive, a 17% increase in his basic salary – the first rise in five years since he took the top job on 1 June 2017.

The boost to his base pay from €1 million a year to €1.17 million will also increase his potential bonus and his long-term share award.

Sadoun, who is also chairman of the management board, could already earn an annual, short-term bonus worth up to 200% of salary and a long-term share award worth up to 300% of salary.

The French agency group has added a new “over-performance” clause to part of his short-term bonus related to organic growth and profit margin, which means that if the company smashes its targets, Sadoun could get an extra 20% for that element. That pushes the hypothetical short-term bonus opportunity to 214% of salary.

Publicis Groupe reported record 2021 results and Sadoun hit almost all of his short-term bonus targets, earning €2.9 million, including €1 million in salary and €1.9 million in short-term bonus last year. He has also been granted €3.6 million worth of unvested shares that are subject to long-term performance conditions over the next three years.

Publicis shareholders approved the compensation plans in a vote at the annual general meeting in Paris on 25 May.

The company’s annual report previously explained the rationale for increasing Sadoun’s base pay, pointing out that his salary was lagging peers and his new wage of €1.17 million (about $1.25 million) remains below the median of about €1.25 million for CEOs of listed companies on the main French stock market, the CAC 40.

Publicis Groupe’s total compensation for its CEO remains lower than many of its rivals, the annual report noted. That is particularly the case for Omnicom and Interpublic.

John Wren, the chairman and the chief executive of Omnicom since 1997, is the best paid of the main holding company CEOs, although he has the lowest base pay.

Wren has earned an annual salary of $1 million for two decades since 2002. However, his total 2021 package, including bonuses and share awards, was almost $20 million.

Philippe Krakowsky, the chief executive of Interpublic since January 2021, has a basic salary of $1.5 million and earned a total 2021 package, including bonuses and share awards, of $17.4 million.

Speaking at the annual meeting, Maurice Lévy, the chairman of the supervisory board of Publicis Groupe and the former chief executive, praised the “exceptional dedication” of staff “under the leadership of Arthur Sadoun, who did an amazing job across the board in 2021.”

Lévy added Sadoun “continues to demonstrate the same energy and the same talent, with a courage that commands admiration” in 2022.

The board declined Lévy’s offer to reduce his own salary and he will continue to be paid €1.3 million in his role as supervisory chairman.

One small investor told the shareholder meeting that he had read recently “the perfect pay to be happy” is about €70,000 a year and asked how the company justified the compensation packages for Lévy and Sadoun, even though he said the latter deserved a pay rise after five years.

Lévy replied that it was too difficult to answer “philosophical questions” about happiness and pay.

He was also asked by another investor about how much shareholders should worry about a “hostile bid” for the French-owned group from “a Chinese or an American or a Russian group” in the future.

“I can tell you that we would not at all like such a destiny,” Lévy said, although the likelihood of an unwanted takeover was “extremely rare” because of the importance of keeping people and clients on-side in the agency business.

He added that the board remained vigilant about any hostile move. “It is an issue that exercises our minds permanently,” he added, pointing out to the audience that Elisabeth Badinter, the top shareholder, sitting alongside him, was “nodding” in agreement.

Badinter is the daughter of Marcel Bleustein-Blanchet, who founded Publicis Groupe in 1926.

“Rest assured that we’re doing everything required to preserve Publicis’ independence to which we are deeply attached,” Lévy said.