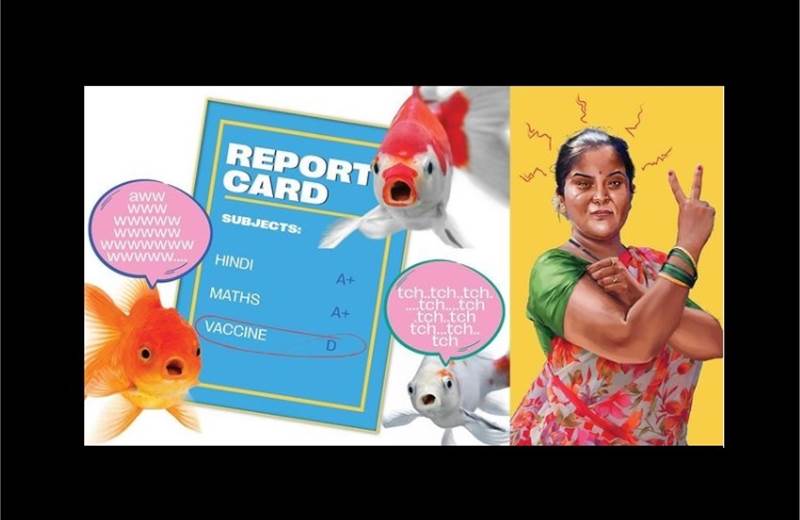 As of 1 December 2021, India has administered more than 123 crore vaccines. While the number is large, India still has a long way to go before any sort of celebration, as only 32% of the total population of the country is fully vaccinated (44.2% partially vaccinated).
To spread vaccine awareness in the country, Post Graduate Institute of Medical Education and Research (PGIMER) Chandigarh, Johns Hopkins Institute India, and Wieden+Kennedy Delhi, partnered to create a campaign that took a unique approach.
W+K Delhi partnered with Neeraj Ghaywan (of Massan, Gangs of Wasseypur and Sacred Games fame), and co-wrote scripts for three films that were released in October 2021. The films aimed to break down any misinformation about the vaccine and ended with a nudge – ‘teeka lagwaya na’ (“you’ve been vaccinated, right?”).
Explaining how the campaign was kick-started, Gautham Narayanan, managing director, W+K Delhi, said, "Dr Brian Wahl, an epidemiologist and faculty member at Johns Hopkins University (JHU) and the Johns Hopkins India Institute, reached out to us during the devastation caused by the delta variant during the second wave in India. Based on his experience working on vaccines in India and the data he was seeing, he realised that a behaviour change campaign was needed to complement the on-the-ground work JHU and other partners were doing in India. The need of the hour was to help get India vaccinated. Given the urgency, JHII and their partners at PGIMER, Chandigarh sought to involve a creative agency that had their fingers on the pulse on the Indian mindset and that could be persuasive with the masses - something with which public health practitioners often struggle. The partnership brings a unique approach to public health communication in India."
Wahl added, "Johns Hopkins India Institute and PGIMER, Chandigarh wanted to strengthen vaccine confidence as vaccines, together with social distancing and face masks, would be critical to helping to end that phase of the Covid-19 epidemic in India. We knew that vaccines are effective and safe, but the data showed that there was an appreciable level of hesitancy and scepticism in India, which has likely been further fueled by misinformation."
He added, "We collectively decided that we needed a campaign that set the record straight, and given the need to reach the masses we couldn't afford to be clever or subtle. Simplicity and clarity were the mandates. Research tells us that peers are the most likely to be persuasive. With this in mind, we coined a campaign that highlights real stories of real people to encourage their fellow Indians to get vaccinated. So with our campaign, we follow the stories of three such individuals, who are leaders in their communities and who convinced their family, friends, and community members to get vaccinated. We created real stories of real people to encourage fellow Indians to get vaccinated.”
While the first part of the campaign consisted of films, the second phase consists of creatives across social media. These creatives look to spread awareness by using references to Bollywood films.

Narayanan explained, “The second phase of the campaign will continue to focus on building vaccine confidence, but will also address the importance of getting both doses toward being fully vaccinated. You are best protected when you have been fully vaccinated. Besides that, we will continue to talk about the importance of not letting your guard down, wearing masks and practising social distancing.”
During this phase, while cases in India have reduced, the mutation of the virus – the Omicron variant is spreading around the world. According to news reports, the vaccine doesn’t protect against this variant, which may make anti-vaxxers push their agenda of steering clear of it.
But Wahl stated that this variant shouldn’t stop people from getting vaccinated.
He explained, “We strongly believe that the need of the hour (as the spread of the omicron variant shows) is to encourage everyone to get vaccinated. There is still a lot we don’t know about the omicron variant. But some of the mutations have been associated with immune escape. This is worrying because it could mean that we see more reinfections and breakthrough cases among already immunised individuals. However, it is unlikely that the vaccines will stop working altogether. We need to communicate clearly to everyone the benefit of vaccines. That’s exactly why we are working on this campaign together.”