How did we get here? Merlee Jayme discusses why sexual harassment has permeated the ad industry 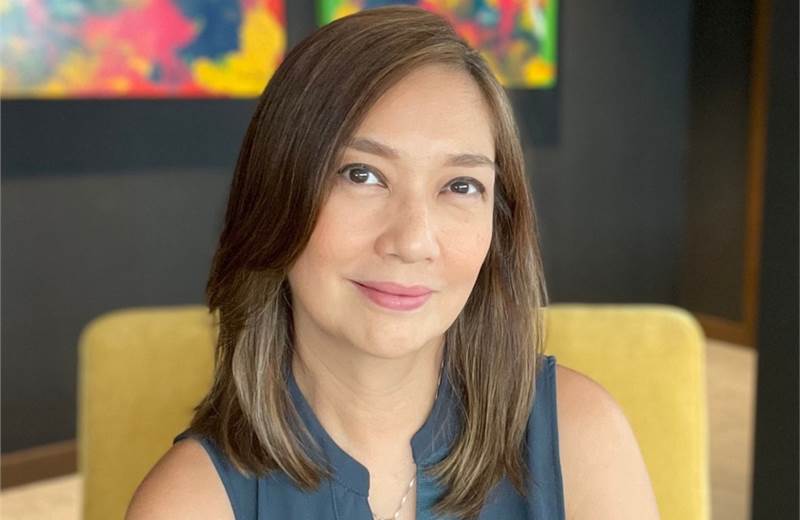 Merlee Jayme is closely connected to the current movement to address the decades-long issue of sexual harassment in the Philippines advertising industry.

Dentsu International's APAC chief creative officer is herself a victim-survivor of workplace harassment. During a Spikes Asia 2019 keynote on breaking glass ceilings she recounted an incident where a major client made advances in an elevator, and another when she was asked during a job interview whether she was a virgin. She talked of being “battle scarred” by events throughout her career.

The longtime agency head has close ties with Philippines women’s rights organisation Gabriela, which she has been a member of since college. Her agency Dentsu Jayme Syfu (now part of Dentsu Mcgarrybowen) built an award-winning chatbot for Gabriela in 2018 to educate women on sexual assault and harassment and provide a more informal avenue to report incidents.

Jayme has been helping to connect Gabriela to women in the ad industry since August, when the organisation agreed to represent victims of harassment in the workplace. Gabriela’s involvement with the industry was induced by a series of reports against ex-agency leader Herbert Hernandez. The Gigil co-founder was first accused of harassment by Denise 'Deng' Tee, an agency creative director, in a social-media post. Tee’s account has acted as a catalyst for other women to come forward with previously unreported or allegedly covered-up cases involving Hernandez and other senior men in the Philippines ad industry—exposing a systematic problem, the scale and severity of which is still being unearthed.

Jayme is personally linked to the recent reports. She employed Hernandez at her agency DM9JaymeSyfu between 2006 to 2012, when some of the alleged harassment incidents took place. In an interview with Campaign, she describes her anger at learning of misconduct that happened while she was a leader, and pinpoints why such cases go unreported for so long.

The ‘Kuya’ of the agency

When she set up DM9JaymeSyfu in 2005, Jayme says she worked hard to create an agency that “felt like a family”, even giving herself the title ‘chairmom’. When Hernandez joined one year later, he became known as the ‘Kuya’ of the agency, Filipino for older brother.

“Family means you respect each other, love each other, you go the extra mile,” Jayme says. “So when you hear stories like this where you didn't even know it was within your family, I feel really pissed.”

“The agency was small. I hated it that I was heading it and I didn't know about it,” she adds.

Young people looked up to Hernandez, she says. He was a creative director by day and rockstar by night, playing guitar in bands Moonstar88 and 6cyclemind. She believes his “popular” and “loveable” reputation is what may have caused women to hesitate at the time.

“Most of these women were questioning, ‘what was that?’," Jayme says. "They were doubting themselves, they were even blaming themselves. ‘Was I wearing clothing that was too revealing? Did I send him wrong signals?'”

Currently, five women have alleged they were sexually harassed by Hernandez, according to Gabriela. Hernandez has filed a criminal libel complaint against Tee.

After DM9JaymeSyfu, Hernandez went on to become ECD of Young & Rubicam (which later merged into VMLY&R) before co-founding independent agency Gigil in 2017. He has won several accolades for his work at Gigil, including being named to Campaign Asia Pacific’s 40 Under 40 in 2020 and Adweek’s Creative 100 in June.

Agency culture and conservatism at home

The reputation and standing of a perpetrator is one of the barriers that prevents women from reporting cases of harassment. In all of the reports of sexual harassment that Gabriela has received from women in the ad industry, the alleged perpetrators are senior to the victims.

In its reports, Gabriela also identified a “culture of sexualisation” within the Philippines ad industry that “tends to normalise sexual harassment within the workplace, embolden potential perpetrators, and instill fear among victims or colleagues to call out and report these acts”. Jayme, who has been in the industry for 30 years, corroborates the existence of culture where lines can get blurred.

“There are cultures [in some networks] where it's fun, it's boisterous, people are more casual and open," she says. "They hug and kiss in the morning. We call it ‘beso-beso’ [cheek-to-cheek kissing]. So drawing a line on whether something is sexual harassment or it’s just part of the fun is very difficult. Especially when no one calls it out. It's normalised.”

Having a clear definition for what constitutes sexual harassment is one way to fix this. “I think the only broad definition is: ‘Were you made to feel uncomfortable?’," Jayme says. "The first level is by a co-worker or peer. The next level is if it's from someone with a higher or powerful position."

Jayme reflects on things have changed in the industry. “Growing up in the industry, all of us women, looking back, we didn't look at it in that lens before," she says. "It wasn't as bad as Mad Men, but during the '80s and '90s people were just having fun in award shows. I think that's why that uncomfortable feeling is very important—because we were not feeling uncomfortable at the time."

In addition, many women feel pressured by the conservative values of their family members and friends in the Philippines, Jayme says, pointing out another barrier to reporting.

“The Philippines is a very conservative and Catholic country," she says. "I mention this because you can't tell your parents if [harassment] has happened to you. You will be judged like, ‘How stupid could you be? Why did you even go to this point, what were you thinking?’ There’s labelling, judgment."

Fear of being judged in the workplace, and the perception that this may impact career progression, is another common obstacle. Jayme recalls when her daughter, who also works in the industry, reported witnessing a harassment incident, and felt like she was “the most unpopular person in the office” for doing so. It is for this reason that Jayme publicly talks about her own experiences of harassment.

“When you see someone up there talking about their experiences, how it traumatised them, how they got through it, I think it gives you a sense of seeing women being victims and surviving it,” she says. Jayme told her colleagues about the client who harassed her in the elevator, and they immediately cancelled the company's contract. The individual was eventually fired.

This experience has inspired Jayme to set up a culture in her agency in which staff feel like “your leaders are there for you, and would cover your back”.

“We have an agency which values honesty and openness," she says. "It sets the tone for young people that this agency will make you feel safe."

How to improve oversight

After learning of the allegations against Hernandez, Jayme says she has “a lot of learnings” for her leadership approach now. One way in which she has sought to increase communication lines between staff is by giving senior leaders informal roles responsible for looking out for staff.

“I always think of myself as approachable, but to a young person, maybe they feel I'm too high up," she reflects. "Our chief strategy officer is more approachable to young people. She's now called the 'mom’. So people will tell her things, and she will ask, ‘What do you want me to do? Do you want me to report on your behalf keeping you anonymous? Do you want me to elevate it to Merlee?’.”

In one recent incident, a woman complained of inappropriate behavior and told the chief strategy officer. "When it reached me, we talked to both parties," Jayme says. "The victim wanted an apology. As leaders we wanted this out in the open, to show that we don't tolerate such behavior in the agency. We elevated this to the country head and regional HR, and made the accused give a public apology.”

In another example, the creative head of the agency acts as a “marshall” at awards shows where “people tend to get drunk”, to make sure that all the female staff get back to their hotel safely.

Jayme has deliberately chosen an informal approach to these roles. She wants staff to feel comfortable seeking advice and sharing their stories, before taking a more formal step with HR.

“We thought about [formalising it], but we felt that given the sensitivity of these things, if it's formalised, it's almost like going to the police," she says. "Sometimes people don't want that, but will go to a neighbour or a trusted friend first. These leaders should be trusted, they should be approachable—naturally more than HR. Who goes to HR to report? They won't go to these people. That's what I was trying to avoid.

“HR is the last step if you're very sure, and it’s very formal. In this case, maybe you're still doubting. ‘Was it my fault? Can I confide in HR? What if they reprimand me?’ And you know if they are going to make a step for you, it’s going to be big. So you need validation first.”

Jayme encourages other organisations to have leaders who can act as “your eyes and ears”, and wants to see more male leaders becoming “hes for shes”.

“Like my partners did for me that night when I reported our client to them, show women that you are for them,” she urges.

For victims of harassment, Jayme’s message is to “speak up”.

“When I talk to young people, I always say you have your inner voice, your inner power," she says. "It tells you somehow this isn't right. Trust it. Whatever it is that made you feel uncomfortable—don't keep it in. Speak up, bring it out in the open.”