Mumbaikar Vimala Joshi was hit so badly by her neighbour that she needed stitches. Her brother called the Dignity Foundation Helpline.

Vimala Joshi is a senior citizen, aged 90. She and her brother Shankar Joshi stay in the same building. Vimala is staying alone in her flat. She was accused by her neighbour for stealing. On the basis of this accusation the neighbour physically abused the senior citizen. She had hit her so badly that Vimala had to get stitches from JJ hospital.

Mr. Joshi was furious when he learned about this incident. He firstly provided his sister with medical aid. After that he reported the matter to VP Road police station. The police filed a non cognizable offense against the neighbour and asked Mr. Joshi to go home. Mr. Joshi waited for a week expecting a call from the police station in regards to the complaint filed by him.

After a long wait he decided to approach Dignity Foundation. The social worker registered his case with all details. Firstly she spoke to the police personnel on call to find out what action has been taken against the neighbour for physically abusing a senior citizen. The social worker was informed that the opposite party was called separately and asked not to repeat the offence. She informed Mr. Joshi about this and asked him what action he wanted Dignity Foundation to take.

Mr. Joshi was not satisfied with the response he received from the police officials and hence requested Dignity Foundation to intervene further. The social worker personally went and met the police officer in charge of the case. Mr. Gore informed the social worker that the opposite party has been charged under Section 107 in the CRPC (i.e. the executive magistrate receives information that a person is likely to commit a breach of the peace or disturb the public tranquility or to do any wrongful act that may probably occasion a breach of the peace or disturb the public tranquility and is of the opinion that there is sufficient grounds for proceeding, he may, in the manner hereinafter provide, require such person to show cause why he should not be ordered to execute a bond with or without sureties).

Mr. Joshi was very relived after the meeting with the police personnel and thanked him and Dignity Foundation for bringing justice to a senior citizen.

Thank you to your volunteers for visiting my mother and helping her. She is better now and my brother has moved out. I really appreciate your organization stepping in to help when we contacted you in a timely manner.

I would like you to continue checking on her weekly and offer help. I live very far from her and cannot help on her as and when she wants. If there is any contribution you would like me to make to help support her please let me know.

* Aparna is the social worker manning the Dignity Helpline in Mumbai. 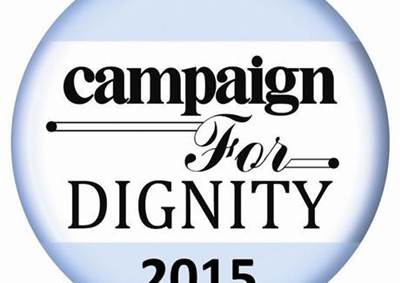 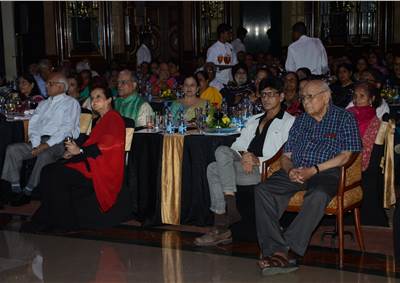 Images from Campaign for Dignity awards 2015