Every brand that advertises in Mumbai or Delhi will also advertise in Dubai: Prashant Panday, Mirchi

After a nine-month break in the UAE, Radio Mirchi returns for South Asian listeners across MENA. Prashant Panday, MD and CEO, Mirchi takes us through the brand’s plans, which include launches in new markets

Radio Mirchi, the FM station housed by Mirchi, is set to make an entry into newer markets across the Middle East. The move rides on the need to cater to South Asians’ demand for Hindi content and entertainment across MENA.

The highlight of the launch is MENA markets’ ability to advertise more in India and vice-versa.

In a conversation with Campaign India, Prashant Panday, MD and CEO, Mirchi, explains the changes and discusses the new markets the brand is entering.

What brought about Mirchi's immediate expansion plans in MENA? Any specific reason for choosing Qatar and Bahrain as your new markets?

International expansion has been part of our plan for a long time. In the UAE, we are going to be headquartered in Dubai. The Bahrain market is the result of a government auction, the results of which were announced in January 2020 and further delayed due to Covid. We should have launched in Qatar, too, a while ago, but our partners faced some local challenges that are now resolved. We are also looking at expanding further to countries like Kuwait and Oman because a lot of South Asians are present there. Also, a lot of Bollywood folks travel to those countries.

Saudi Arabia will mark the next big expansion and we're looking at getting there in the next 2-3 years.

What is the operational structure in these new markets going to be like?

For Dubai, we have partnered with Suno FM, which will be rebranded as Radio Mirchi when we launch. In Bahrain, we will operate directly starting next month and it's our own frequency that we have acquired from the government of Bahrain. In Qatar, we have another local partnership with Marhaba FM – which houses a brand called One FM – and the brand there will now be called Mirchi One. This is because in Qatar, you cannot have foreign brands. Manoj Mathan, head of international business at ENIL, looks after all our international businesses and reports to Nandan Srinath, executive president, ENIL.

What brands from India would be interested in advertising across MENA markets using Radio Mirchi and vice-versa? How are these markets different from India?

The radio market in Dubai is even bigger than the radio market in Delhi. Almost all Indian brands are present in the UAE, and every single one of them that advertises in Mumbai or Delhi will also advertise in Dubai. In addition, several categories like real-estate, travel and tourism, the entire healthcare business and the entire foreign revenue businesses in India are uniquely appropriate for the Middle East. Much of the Middle-Eastern businesses invest in Delhi or Mumbai; every brand should simply add Dubai to their daily Mumbai-Delhi radio plan in India.

India is a big market for the Middle East. Additionally, some companies have no agency partnerships in India, and hence, their business comes from agencies based largely in Dubai. We have two teams there, including our Mirchi team and the Bennett Coleman team, which takes care of all Middle Eastern clients. We have access to those clients as well. They largely comprise airlines brands, real-estate brands, and the Dubai Shopping Festival, all of which advertise in India. Tourism, real estate, banks, and jewellery are the biggest Middle Eastern advertisers on the Indian FM station, but travel and tourism bags the prize.

What is the content strategy you're looking to adopt for the new markets? How will it differ from the Indian market?

The content is largely going to be similar to what we offer in India since that's what the mass craves. People there are first-generation Indians and so they know brand Mirchi and expect that the same product is available in the Middle East. However, there are some differences. Since the population is largely cosmopolitan, with completely different personalities, there's an opportunity for us to cater to a wider audience. The range of product offerings will be wider than what it is in India, and in these markets, we will offer a 10-year-old product even in the contemporary music space and retro music at night (which we don't offer in India). We are targeting South-Asians and while we are a Hindi product, we are also looking at creating weekend programming in Tamil or Malayalam – in a few months after the launch.

One key difference between the Indian and MENA markets?

The biggest difference is the amount of money that exists in the MENA market. The population there has higher spending power, even higher than the wealthier people in India. The listenership, too, is higher, since everyone travels by car and consumes FM radio.

In Mumbai and Delhi, the penetration of radio FM is somewhere between 30-40%, but in these countries, it is pretty much 100%. Advertisers there typically shell out much more.

What are your expectations from the launch?

Bahrain is a five-year licensing contract, and therefore, we have to make sure we recover our investment and get decent ROI for our shareholders within those five years. However, the next six months will continue to remain at least partially affected by Covid, hence we have to look at it as a four-and-a-half-year contract, and optimise our operations from day one.

In the UAE and Qatar, we don't have time-bound contracts but partnerships, with expectations of them continuing with us for many more years. We also have a little advantage in the UAE since we are back after a nine-month gap in the Dubai market. Our agreement with our partners had expired in 2020, after which we couldn't find a new partner due to the pandemic. There is an appetite that exists now, and we need to cater to it.

In Qatar, the FIFA World Cup coming up will bring in huge amounts of business and several Indians. The whole market is going to be buzzing for the next few years. I expect to get off the near-perfect launches and as Covid lifts, optimise the revenue potential that these markets have to offer.

Regional influencer marketing and video creations build up as people engage through the... 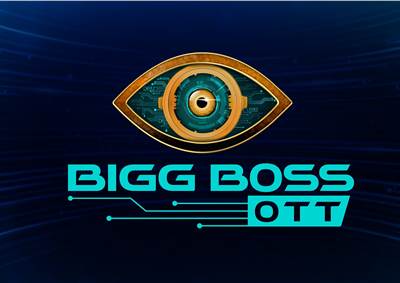