Close-Up: "I owe a lot of my increments to Thums Up"

Sainath Saraban, ECD, Leo Burnett, tells Gunjan Prasad about some questions he is frequently asked: "What next for Thums Up?", "Why are you in Delhi?" and "When are you winning an award?" 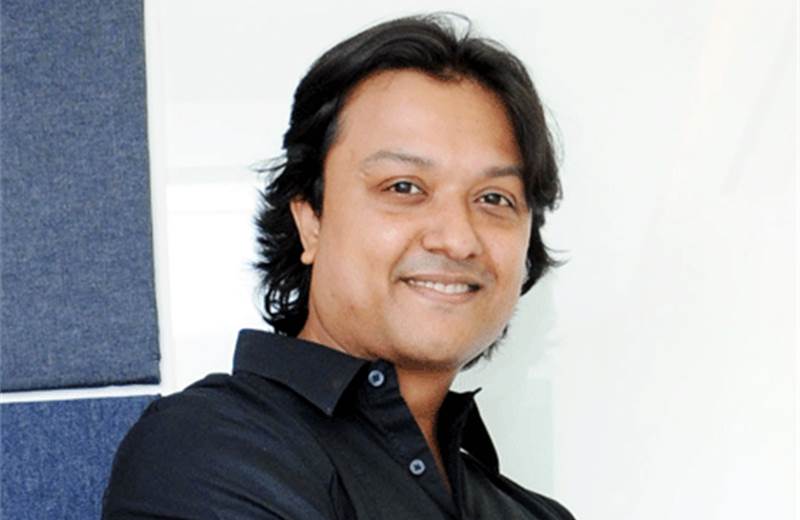 Was advertising your childhood dream or did you just stumble into it?

I belong to the era of Amar Chitra Katha, Indrajaal Comics and Doordarshan. From the generation I come from, nobody stood up in class and said that he/she wanted to be a creative director. The only thing I ever wanted to get into was Merchant Navy for the simple reason that I could get to drink Coke out of a can and that, for a 13-year old boy, was an epitome of coolness. When I was at Poddar College, Mumbai, my friends suggested that I consider advertising as a career option as I was ‘supposedly’ witty and cracked some bad jokes. By this time my brother had joined Rediffusion as a servicing person. That people drank at work attracted me to this noble profession. And then came the Cadbury’s ‘Dancing girl’ campaign. While the seed had been planted earlier, it was only after I fell in love with the wild abandonment the girl showed on the cricket field that I was finally sure aboutwhat I wanted to be when I grew up.

How did you get your first break and how much time did you spend at the first agency?

We moved to Delhi to be with my parents who had just been transferred from Moscow to the capital. I got my first job in a ticket queue at Priya cinema, waiting to watch Batman with my brother. Being Mumbaikars, we don’t break queues. On seeing one huge, brawny Haryanvi guy get ahead, the two of us along with a stranger standing behind us, got into an argument with him and pushed him back. Connecting instantly on the basis of ‘we don’t break queues’ common factor; we got talking and found out that he worked with HTA. On finding out about my advertising aspirations, he offered to set up an appointment with Shankar Rajan and Zap (Sabyasachi Sengupta). It was karmic – you do a good deed one moment and get a job appointment in the next. I went for a copy test to HTA’s Jhandewala office, in the boondocks of Delhi, and within seven days I was a part of the Pepsi team. I started my career proof-reading posters on ‘Nothing official about it’ campaign created by Anuja Chauhan and Zap.

The first film I wrote was for Boost which had Sachin Tendulkar mouthing the lines I had written, shot in the middle of Wankhede Stadium. I was all of 21-years old and it was a life-changing experience. I spent five years at HTA, now JWT, and they remain the best years of my career so far. I got to work with some great people like Shankar Rajan, Zap, Jishnu Sen, Anuja Chauhan and Tarun Rai who helped me take risks and gave me a lot of freedom to do what I wanted even at that stage of my career.

And then simply because I was being paid too little, I ran to McCann Erickson Delhi. A year and ten months later, I got an offer, on Jishnu Sen’s recommendation, to be a creative director at JWT Bangalore and I jumped at it. I spent three glorious years working on brands like McDowell’s and Brooke Bond, among others. We did all the work for Kingfisher, some of which still runs. I, along with Senthil Kumar, was a part of the team that bagged Levi’s and Nike for the branch.

It was sometime then that I got to know of an opening at Leo Burnett Delhi and while the agency didn’t have any great brands at the time, they were churning out some incredible work for local brands like Indian Oil, Complan and the Congress Party.

Lured by the great unknown, I moved to Leo Burnett Delhi, and the timing couldn’t have been worse. Thums Up that had just moved from Mumbai to Delhi got embroiled in a bitter pesticide issue and was on a downward spiral on all fronts. Most brands were suffering and losing numbers.
It was probably the defiant spirit that is so characteristic of young age that made me stick around. And in the last six years that I have been here, we’ve gone from strength to strength. We won some massive accounts such as Minute Maid (in a highly contested pitch with O&M and McCann Erickson), parts of Samsung business, GMR, the entire Bacardi portfolio (except the mother brand) and Indian Express.

In the Coca-Cola worldwide system, this little office from Okhla is considered a jewel. The ‘Deflating oranges’ film we created for Minute Maid is running in 25 countries. We win the effectiveness award for Maaza, the brand that exists in only one country in the world, every year at Coke and the Thums Up story is for all to see.

To top it all, I got to make lions dance (for Perfetti’s Alpenliebe) which required 90 days of post-production. What more could one want.

How has it been to work on an iconic brand like Thums Up?

I think I am truly blessed to have been able to work on a brand like Thums Up. It used to essentially be a promotion-driven brand and just before I joined Burnett, the Race film featuring Akshay Kumar had been released. In fact, that campaign was one of the reasons I’d joined the agency. However, with the pesticide issue creating havoc on the brand, we needed ‘sink or swim’ kind of work. We took out the ‘Old man’ campaign in which a gentle elderly person, while enjoying his Thums Up, says “You live longer when you are happy. I am happy when I drink Thums Up.” It stuck with the audience and thus began our slow recovery till we decided to break budget barriers. We made a huge budget film with Akshay on the lighthouse, and while it polarised creative reactions, everyone sat up and took notice. We’d figured our way forward and we made the brand big, bigger and biggest. Thums Up has always had a very Indian brand feel to it and thus, without touching the brand’s mythology, we went gangbusters. Thus came the ‘Parkour’, ‘Twins’, ‘Pakad, pakad’ films and most recently the ‘Yeh toofan’ film. Hats off to the Coke team, especially Venkatesh Kini, who made it all possible. People have now started looking forward to the next campaign and such kind of pressure sprouts creativity in me.

I have become synonymous with Thums Up and sure owe a lot of my increments to the brand.

While Leo Burnett Mumbai has been sweeping awards at popular festivals, there is that gap in your and Leo Burnett Delhi’s resume. Aren’t they important to you?

It’s like the acumen thing. While some people have the acumen to win awards, I have the acumen to do great brand work that actually works and has at times changed the nature of the brand a bit. All the work I love has done well. That said I love awards. Awards are like that part of my body which gives me trouble when I work out so I need to give it more attention. It is nice to be an all-rounder – someone who can do great work and also win awards. I have reconfigured my thinking process and am working hard towards that goal. You should hear something from us soon.

Who, of the current lot, do you admire in the Indian advertising industry and why?

The first person I admired, and still do, is Piyush Pandey. Back in 1994 when I was still in college, I used to wonder, "Who is this person bringing these wonderful TV commercials in to my life?" My brother, who had just started working at Ogilvy, said proudly, "Piyush Pandey." The man is a legend. Apart from that I really like Balki (R Balakrishnan) for sheer bravado. Aggy (Agnello Dias) for just the way he thinks. He is remarkable. I really admire Rajiv Rao for his fabulous consistency, versatility and attention to detail. He’s made one brand look like a million brands, yet made it feel like one brand. There are others as well, but these guys are the rock stars.

If you had a choice of working in any agency around the world, which and where would it be? Why?

Weiden+Kennedy, Portland, any day. After Bernbach from the past, Dan Wieden is THE man. Their thinking is just radical. You can’t describe them, you just have to sit back and admire what they do. Old Spice, Chrysler ‘Imported from Detroit’, Nike ‘Write the future’, Levi’s ‘Go forth’. That’s not just advertising, it is culture creation. There are agencies and campaigns that are an extension of your personality – most of W+K’s campaigns are just that.

Doesn’t a Mumbaikar like you ever dream of shifting base to Mumbai, especially since you earn your living making ads?

Personally, everyday. But professionally, never. What Mumbai was 20 years ago, in terms of big clients, Delhi is today. All the deep pocketed and forward looking brands are in Delhi: Coke, Pepsi, Samsung, General Motors, Ford, Nestle, etc. If you are smart, you will work out of Delhi. Kingfisher Pizza and Biryani Posters Did this with my art partner Daya way back in 2004. It was finalist at London. And it wasn’t scam!"

Kingfisher True Fans "Oni (the director) and I wrote this over a smoke and shot it for zero rupees."

Maaza Mango Mania (Vijay Kashyap) "My dad was a true mango maniac. He inspired this." Thums Up accident poster "This inspired the Car Crash film!"

Dancing Lions "I get to make lions dance. How cool is that?"

Yamakasi Thums Up "Parkour, a samurai move for the bottle grab and a cool end line!"

Minute Maid Nimbu Fresh launch "Glimpses of my childhood, shot two hours away from my hometown."

Minute Maid Pulpy Orange "Where is the pulp? This film answers that in over a dozen countries."

Maaza ‘Bina Ghutli Waala Aam’ "We have great fun on Maaza without losing focus, as you can see."