BTS campaign in Asia has been ‘phenomenal’: McDonald’s Asia marketer 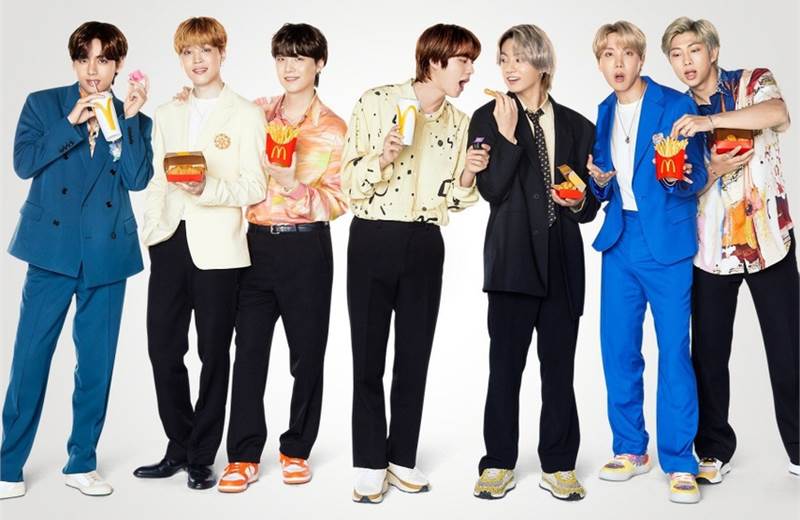 When two giants collide, chaos ensues. In April, when the world’s biggest fast-food chain and the world’s biggest band announced a collaboration, fans of both brands erupted with glee on the internet, as was evidenced by social media trending topics at the time.

Last week, the BTS Meal launched in select markets globally (including India), setting off yet another wave of chatter. The band's signature order—featuring the 10-piece chicken nuggets, medium fries, medium Coke, and sweet chili and cajun dipping sauces—plays into the format of McDonald’s Famous Orders campaign by Wieden+Kennedy.

But this marks the first time a McDonald’s campaign is being launched in over 50 countries globally. Traditionally, every McDonald’s market runs its own marketing calendar based on local insights.

In Asia, the launch of the BTS Meal will be staggered in stages across 11 markets: Philippines, Korea, Malaysia, Indonesia, India, Hong Kong, Taiwan, Singapore, Thailand, Vietnam, and Macau. Malaysia, the first in the region to receive the meal, saw its delivery app and site crash due to a rush of orders. The campaign also topped the list of trending topics in Malaysia via the hashtags #BTSMeal and #BTSxMcDonalds, as well as related terms such as McDelivery and Army.

It’s a public holiday and people in Malaysia are queueing for two things today:

The BTS Meal is here! We know you’re excited, we are excited too! But safety’s first. The BTS Meal is available from 10am. Get yours today.
#SafeWithMekdi #BTSMeal pic.twitter.com/s2U6MQIyKJ

Rolling out a global campaign in Asia is as challenging as it sounds. Eugene Lee, regional marketing director for Asia at McDonald’s, told Campaign Asia-Pacific that localising the campaign in this region was no easy feat, requiring months of preparation, multi-country coordination and sleepless nights.

"There are different regulations and requirements unique to each country. For example, disclaimers on the commercial, translations for subtitles in different languages, Halal requirements, approval processes, and so on,” said Lee. “Planning ahead and anticipating the different requirements early helped tremendously in overcoming these challenges. We also ensured we maintained a direct and open line of communication between all parties involved—global, regional and the country leads.”

On top of that, each market needed to roll out its own media strategy based on unique media consumption behaviours. For example, in Korea, the brand used Kakaotalk to reach customers directly. India, on the other hand, tends to rely on influencers.

So far, Lee said that response to the campaign has been “phenomenal”.

“Out of the Top 10 Army (BTS fanclub) countries in the world, seven of them are Asian markets," he said. "We knew the response would be tremendous, but it has been overwhelming so far.”

“What’s even more heart-warming to see is that the fans in some countries actually prepared snacks and treats for McDonald’s crew members on duty to help them get through the day, knowing that they would be overwhelmed by the number of orders coming in.”

Lee said that the success of the campaign will be measured by brand love and affinity scores, which are key measures for the brand, apart from sales figures.

The campaign also released a line of limited-edition merchandise including branded bathrobes, hoodies and socks (see below).

Advantageously for McDonald’s, BTS released a new single last weekend called ‘Butter’, which broke five Guinness World Records including most viewers for the premiere of a video on YouTube (over 3.9 million) and most-streamed track on Spotify in the first 24 hours (over 11 million).