All the brands running ads at Super Bowl LVII

From snack brands to new beer sponsors, these advertisers are taking over the Big Game 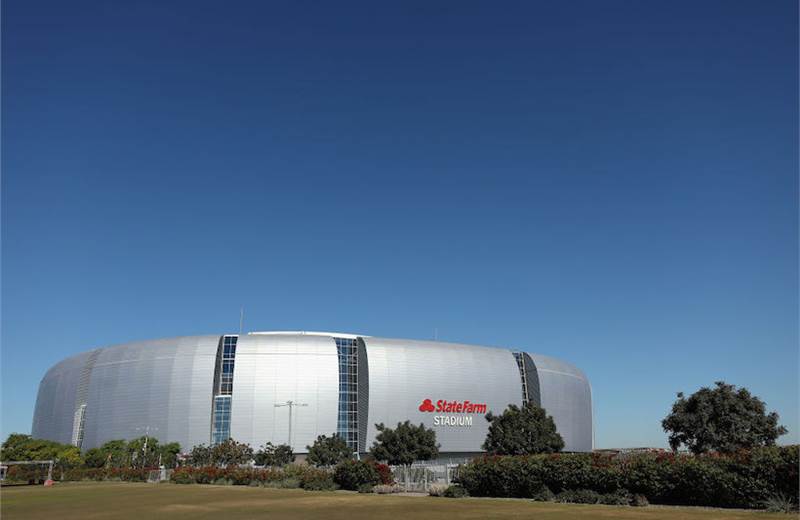 Super Bowl LVII will take place on February 12 at State Farm Stadium in Glendale, Arizona in the new year, and advertising plans are already starting to take shape.

As brands gear up for advertising’s biggest night of the year, inventory is selling out. As of September, Fox reported more than 95% of ad inventory had been sold, with 90% of space during the regular season also going fast.

This season’s game is already full of surprises. Super Bowl LVII will be the first time in a decade Pepsi is not hosting the halftime show—which will be headlined by hip-hop and pop artist Rihanna. Instead, the show will be hosted by Apple Music, which entered into a multi-year $50 million deal with the NFL in September.

This year, Anheuser-Busch InBev also ended its exclusive alcohol advertising rights in the game after 33 years, opening the doors for competitors like Molson Coors and Diageo to advertise.

So who will be in the game and who’s sitting on the bench? Meta, Nissan and Taco Bell are reportedly among those bowing out of this year’s Super Bowl. BMW and Vroom also have no plans to advertise this year, according to statements made to Campaign US.

Still, this season’s roster will be full of big names—both the usual suspects and some new players. Campaign US is continually tracking them below:

Frito-Lay will return to the Super Bowl with its first in-game ad for popped-corn snack PopCorners. According to a statement emailed to Campaign US, the spot will “revive” critically-acclaimed TV show Breaking Bad. The brand released a teaser photo on Instagram along with the announcement.

Rhasheda Boyd, vice president of marketing at Frito-Lay, told Campaign US in a statement: “We are excited to revive one of the most famous television shows of all time to tell the PopCorners' story for the first time at the Super Bowl... and we can't wait to see fans' reactions to who and what's coming.”

Mars-owned candy brand M&M’s will return to the Super Bowl in 2023 after a one-year hiatus. According to a press release shared with Campaign US, M&M’s will run a 30-second spot, produced by BBDO New York, during the second quarter of the game. It’s just one part of an “extensive, immersive” campaign that will run throughout the month of February.

M&M last made a Big Game appearance in 2021, with a commercial starring actor Dan Levy called Come Together. Prior to the hiatus, M&M’s advertised in the Super Bowl for 10 consecutive years. Mars pet brands Pedigree and Temptations will also participate in activations around the game by sponsoring the Puppy Bowl.

Four days after competitor AB InBev announced it would forfeit its exclusive rights to be the only beer sponsor in the Big Game, Molson Coors announced in June it would run a 30-second spot for 2023. (Surprise, surprise). Details of the spot have not been released, but we expect it’ll make a splash.

Christian advocacy group The Servant Christian Foundation will run two spots in the 2023 game — a 30-second spot and a 60-spot — “showing how the teachings and example of Jesus demonstrate that radical love, generosity, and kindness have the power to change the world,” according to a statement made to AdAge. The spots were created by agency Lerma/ which is also behind Avocado from Mexico’s Super Bowl spot.

The avocado supplier will return to the Super Bowl in 2023, and will run a 30-second spot produced by agency Lerma/. The return will be the eighth time the brand has advertised in the Big Game.

Online savings platform Rakuten will return to the Super Bowl for the second consecutive year. Considering economic turmoil and uncertainty, the brand expects to lean on nostalgia to send a message of savings, according to a company spokesperson.

Procter & Gamble’s Downy will run its first-ever Super Bowl commercial in February for its Unstoppable Laundry Scent Booster. The spot will center on a mystery celebrity who isn’t quite convinced Unstoppable can make his clothes smell fresh for weeks. The brand has already released the first teaser spot, created by Saatchi & Saatchi, in the first activation of a two-month long campaign.

Hellmann’s will make a Super Bowl comeback for the third consecutive year with a 30-second spot. Like last year, the campaign will focus on tackling food-waste and will air during the third quarter of the game.

“Make Not Waste” was created by Wunderman Thompson, which has created the brand’s SB spots for the last two years.

Pringles is back in the game for the sixth year in a row. Kellogg Co. did not share details on the spot, but said it may be connected to last year’s “Stuck In” spot, which depicts a man whose hand gets stuck in a Pringles can. The spot is once again led by Grey Group.

Kia will return to the Super Bowl for a second consecutive year, with a spot created by agency of record David & Goliath. Last year, Kia joined a wave of automotive advertisers showcasing their foray into electric vehicles including BMW, Nissan and General Motors. The brand is the first automaker to confirm an ad buy for 2023.

FanDuel is running its first-ever Super Bowl spot in 2023, adding some competition to the sports betting landscape. Details of the spot are under wraps, though FanDuel has had a strong presence with the NFL as one of three official sports betting partners.

But FanDuel better watch out, because rival sports-betting platform DraftKings is coming back to the Super Bowl with a 30-second spot. The company will air the ad nationally and will feature actor and comedian Kevin Hart, who starred in a FanDuel campaign, “The Kevinverse,” back in August.