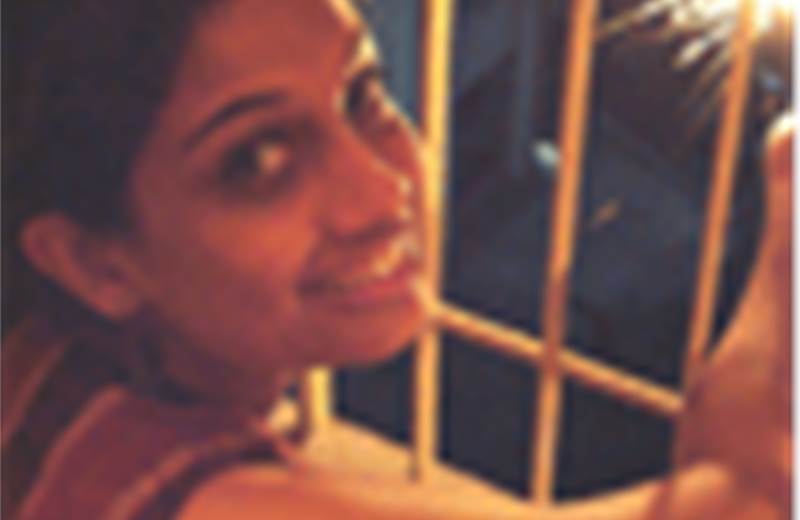 How did you get into advertising?
When I was about 12 years old, I got my hands on a very old, rickety typewriter owned by my grandmother. I think my love for writing started from then on and I wrote everything from random letters to short fiction—mostly murder mysteries. It was almost a natural progression when I finally decided to do my Major in English Literature from St. Xavier’s. I guess creative writing was always my strong point. I joined Leo Burnett as a trainee after doing a post-grad in Mass Communications. I was there for about nine months with no pay, fondly called 'the trainee that wouldn’t leave'. I stuck it out because I loved every minute of it. Burnett was like my second family and a place that gave me every opportunity to shine. And even when I decided to leave (finally!!), I got nothing but good wishes and support.

Share some memories from your first few weeks in advertising.
On my first day in Leo Burnett, I thought I had died and gone to heaven. Every one was so sweet and welcoming, and after all the horror stories of ad agencies being cut-throat and mean, this was completely overwhelming. My first few weeks were spent sitting on the sofa with a note pad and pen. Keeping my eyes and ears wide open, listening for briefs and hoping to get an odd-job. I used to sneak into briefing sessions hoping to get some work. My first print ad was for a Philips kitchen range released in a Tupperware magazine. I still have it; it is my pride and joy!

What is one thing that you like about your job?
I think the best part about being a copywriter is the opportunity to do something different everyday. I don’t think a lot of professions have that luxury. I feel lucky to not be stuck in some kind of professional rut.

What is one thing that you don't like about your job?
This may sound crazy, but to me, my Sunday’s are sacred. The fact that sometimes I have to forcibly drag myself out of the house, make it into office and check an artwork for a pitch, upsets me greatly. Working on my precious weekends is one thing I would love to avoid as much as possible.

If not in advertising, where would you have been?
A travel writer. I think that is an enviable job.

How do you cheer yourself up on a bad day?
Umm...a long relaxing bath, green tea, soothing music, a face pack, followed by a long, undisturbed sleep.

Your favourite books and authors?
There are so many! But to name a few: The Bluest Eye by Toni Morrison, She’s Come Undone by Wally Lamb and my all time favourite, The Big Friendly Giant by Roald Dahl. Roald Dahl is definitely my favourite author.

Your favourite film?
Too many to name! Avatar, Inglourious Basterds, 300, Shawshank Redemption, Atonement, Singing in the Rain...

The best advice you ever got?
I think it was from my senior writer and I got it when I was really stressed about writing a line for an ad. The stress was making me completely blank, so I was taking much longer than usual. It was becoming a vicious cycle. He told me to go out, take a walk, clear my head and chill out a bit. His exact words were, "Dude, we’re not saving lives, we’re only making ads."

One advertising campaign you really admire?
I love the entire positioning of the Dove Real Beauty campaign. It's insightful and relates to any woman, any where in the world. It has great planning, great strategy and great creativity. Not a lot of campaigns can boast of that.

One ad you wish you had done?
There was a very old ad for J&B whiskey with the headline 'Ingle Ells' and the baseline read 'The holidays just won’t be the same without J&B'. Another favourite are the Nike Woman ads.

One person in advertising you'd like to have dinner with?
Stefan Sagmeister. I think he would make intensely interesting company and I would not know what to expect at dinner! I mean, he may write me a poem using just noodles!

One person outside advertising you'd like to have dinner with?
Barack Obama or Hugh Jackman. Both for totally different reasons!

If you were stuck on a deserted island, what would be the three things you'd want with you?
Lip balm, a pen knife and a satellite phone!

Have a Adland Rockstar in mind? Drop an email to arcopol@campaignindia.in with a short profile and a photograph of the person you want to suggest to us.

Missed any of our previous Adland Rockstars? View them below: