Nooyi, chairman and CEO of PepsiCo, delivered the valedictory note at the end of AdAsia 2011, and offered her five thoughts on how to deal with uncertainty 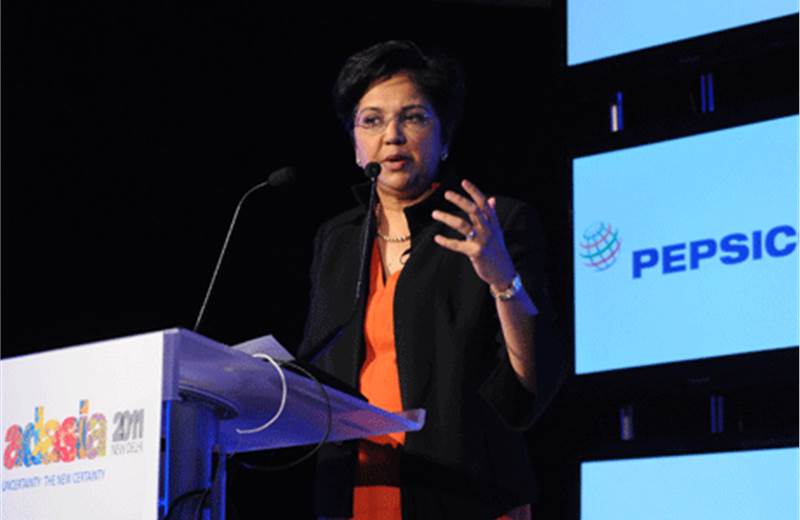 Indra Nooyi, chairman and chief executive officer, PepsiCo, started off the valedictory note by pointing out the big issues already spoken about at the conference – digitalisation, emergence of asia as an economic powerhouse, and the shift to brand engagement.

Had her speech been given five years ago, she said, it would have been full of optimism, because uncertainty at that time was a source of creativity and a force behind progress. “There is something new and unsettling about the level of uncertainty today,” she said. “It’s the negative side of uncertainty post recession, where creativity has given way to fear.”

Nooyi said it is important to not fall into the trap of pessimism, because the world is still abundant in opportunities. The global economy, currently at 62 trillion USD, is expected to reach 300 trillion USD by 2020, a volume of growth that will be powered by regions like India. Women are the biggest emerging market, more than twice the size of India and China combined.

The only certainty is that the world is uncertain, said Nooyi. Her solution: the creative adaptability of the company.

Nooyi’s five pointers for the leaders in the audience to explain this solution were:

1. Recognise we live in a new reality. Volatility is our normal life, companies must start thinking about their next plan while ink on the old one is still drying out.

2. Leaders and corporations have to lead for today and tomorrow at the same time. Companies with long term missions will thrive, especially those with a vision for their role in society. Companies need speed and agility to be able to do this.

3. Leaders have to be ambitious and make big changes to big things. Innovation is about rethinking and reframing the products and services offering.

4. Attract and develop the right talent – the most important leadership task of today. New leaders need to have courage, confidence, perseverance, openness to new ideas, and adaptability to change. Retrain to allow experience to adapt to reality – allow cross pollination of ideas from west to east, give young leaders experience across geographies, bring in new blood.

5. Leaders have to be super visible in the organisation and outside world – everyone needs to know how company is moving forward.

Nooyi ended with a few questions she asked delegates to ponder over after the conference:

Brands provide a sense of continuity and stability – do the old methods of connecting them to consumers still work?

Do big ideas still have same impact they did years ago? Are they cutting clutter, giving ROI?

As we move from mass communication to mass customisation, has marketing adapted? Have ad agencies disrupted the way they work for themselves and clients?

Later, John Wren, chief executive officer and president, Omnicom, asked Nooyi a few questions. On one about how PepsiCo operates in so many diverse markets, she said, “We identify platforms and processes, and tailor them for local markets. For instance, we have local flavours of Lays plain crisps in different countries. It’s a system of ‘connected autonomy’. We cannot export the western model, because expansion is happening in markets where volumes are small and infrastructure isn’t like that in the West. Hence we hire people, tell them the fundamentals of what they can't violate, and then allow them to create a business model and value creation process true to that country.”

On their system of leadership development, Nooyi said, “We’ve identified 300 positions as most critical to the company, and we’ve identified replacements for that role; there are five people in the pipeline. Hence there are almost 1200 people we're tracking all the time, putting through action learning programmes in other countries and through other initiatives.”

On a question about where growth will come from, the PepsiCo chairman and CEO replied, “There will be explosive growth in the Middle East, East, Latin America. We will look at acquisitions where we can buy or build, and augment it with big organic investment. Our investment would be 50-50 in terms of emerging and developed markets.” 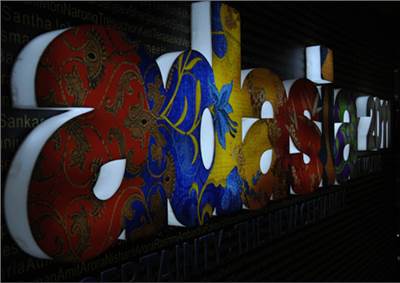 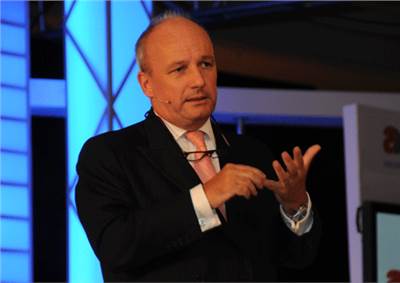 AdAsia 2011: In conversation with Chris Thomas