Eveready lights up the night to refresh ‘Give me red’ identity

Eveready Industries has released a multimedia campaign to 'refresh' its tagline ‘Give me Red’ featuring Bollywood actor Akshay Kumar.

The TVC conceptualised by Rediffusion Y&R targets the youth and showcases Eveready’s products such as portable chargers for smartphones, torches, and LED lights.

The film features a group of young people playing a video game at home. Kumar enters, switches off the game and suggests that they play something new. He inserts Eveready batteries into a torch, and starts switching it on and off repeatedly. Taking his cue, a group of girls in a neighbouring house, respond displaying illuminated CFL bulbs mounted on geometric structures. Groups of people from neighbouring apartments join in using the brand’s other products to create patterns such as a moving race car, fireworks, a rocket taking off and so on, on buildings. Kumar orchestrates the patterns in perfect symphony amongst a cheering audience. Kumar invites viewers to join them at the ‘Next level of power.’ The film ends with the blinking lights forming the tagline ‘Give me Red.’

Amritanshu Khaitan, managing director, Eveready Industries, said, “’Give Me Red’ stands for more than just the colour red for Eveready – it is the brand identity of power and energy. I believe the new campaign will extend Eveready beyond batteries and position itself as a portable power and lighting solutions provider.”

Anil Bajaj, vice president - marketing, Eveready Industries, said, “Over the years, consumer experience has made Eveready a trustworthy, reliable and authentic brand. It understands the needs of young Indians and speaks their language. Give Me Red still resonates with a generation – hungry for everything new and on the move.”

Komal Bedi Sohal, chief creative officer, Rediffusion Y&R, said, “The campaign presents ‘Give me Red’ in a brand new avatar and make it relatable to today's youth along with showcasing its new products such as mobile chargers, LED lights and home lights.”

The campaign will straddle print, outdoor, radio and digital media.

A bride shows her guests how she’s Eveready 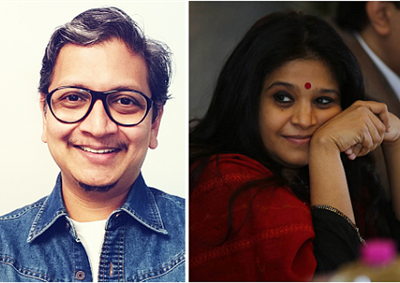