The president of FAB Awards, on why he's visited Greece for the last 25 years and more

Neeraj Nayar got hooked to his e-cigarette after quitting smoking over a year ago. Now the e-cigarette is one of his 'Must have' gadgets. Besides that, his 'must haves' include his laptop, where all the 'FAB' magic happens and his iPhone, which keeps him connected with the world by Twitter and mails; it is also used to click some pictures.
He prefers a smart casual look at industry events and at work. For parties, he likes to put on his dinner jacket and tie to keep a free and casual look going. "I'm an ad man through and through and you will only catch me in a suit and tie if I really have to be in one!" says Nair. He likes to mix and match clothes from different brands but is a bit partial to Zara.
Nayar's favourite perfume is Silver Mountain Water - Creed, which was introduced to him by one of his friends. In shoes, he loves his lucky, multi-coloured pair for its comfort.
The president of FAB Awards drives a Mercedes. "Nothing beats the reliability of good old German engineering," says Nayar. He also had a limited edition Jaguar XJRS - celebration model. He doesn't dream about a car but his dream bikes are a Chopper and Ducati 999.
Nayar's favourite holiday destination is Greece. "I have been going there for 25 years now. My wife is Greek. The colour of the water at the Greek Islands is breathtaking and their tourism campaign simply says 'Chosen by the Gods', he reflects." The next holiday planned is a road trip from France to Greece. 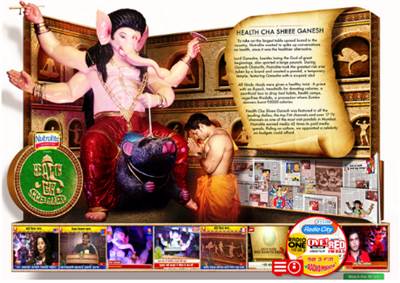