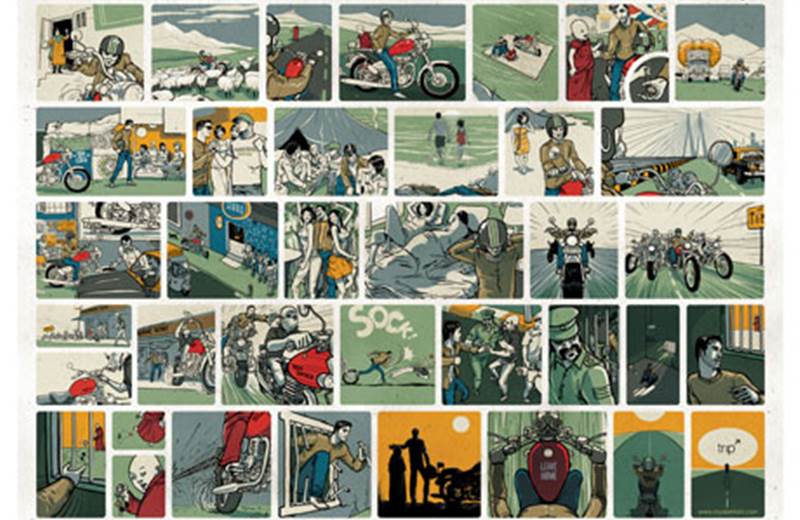 On the idea behind the campaign, Daniel Berkowitz, Associate Creative Director, Wieden + Kennedy Delhi explains, “It is based on the insight that many young men stay at home for too long (and freeload off their parents) missing out on the fun of an independent life because of it. Moreover, as a brand, Royal Enfield has a rich culture and people recognize what the brand stands for.”

Till date, three creatives have been released in this series. Titled ‘Case Study’, ‘Screenshot’ and ‘A Hero’s story’, the campaign aims to promote the brand message and moves away from stereotypical communications in the category where the focus is on the specifications and features of the bike. The latest creative ‘A Hero’s story’ is a comic strip, and it traces the adventures of a guy who has gone on a ride with his Royal Enfield bike.

“This brand positioning has been in place for around three years now; and, over this period of time we are finding newer ways of communicating the same in different perspectives,” informed Berkowitz. The campaign has been release in auto, music and lifestyle magazines.

Royal Enfield will also embark on the second edition of ‘The Art of Motorcycling’ photography exhibition in a larger scale. The exhibition, which was held in Delhi in March 2010, will travel to other cities in the first of 2011. The exhibition displayed classic Enfield bikes, exclusive posters, customised t-shirts and other limited edition memorabilia.