The Samosa is an unlikely ambassador for taking India to the world. But in the UK, a media personality is doing exactly that 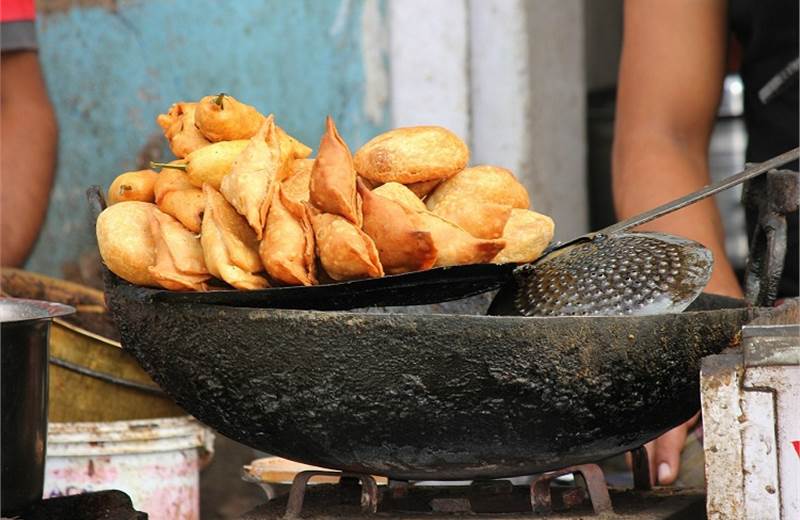 A National Samosa Week is to be organised from April 9 to 13, 2018 in the United Kingdom with six cities --Leicester, Birmingham, Manchester, Coventry, Nottingham and Radlett-- taking the lead in hosting this scrumptious festival. Pop-ups of popular samosa shops, samosa eating contests, best samosa awards, new samosa recipes and samosa variants are expected to make the National Samosa Week a fun-filled and delicious promotion of Brand India in the UK.
Much hype and promotion is accompanying the launch of the maiden National Samosa Week. On the menu are at least 20+ different samosas: the traditional aloo samosa of course made in perhaps a dozen different ways by different chefs, restaurants and homemakers; the most common aloo-matar variant will be there too; but there will also be the Punjabi chhole samosa combination and the Dilli samosa chaat; the Hyderabadi keema samosa; the Bandra Chocolate samosa; the Pasta samosa (?!); the Goan Cheese samosa; the Amritsari Egg samosa; the small-sweet Jam samosa; the Indian style Chinese Chowmein samosa; the Jalandhari Fish samosa; the Chandni Chowk Khoya samosa; the Lucknowi Tandoori Paneer samosa; the Cauliflower samosa also known as the Phulkapir Singara; the minced Mushroom samosa; the Corn samosa; the humble but crunchy Onion samosa; the sweet-salted Carrot samosa; the crusty-piquant Chicken samosa; and for the sea food lovers a choice of Shrimp and Tuna samosas. My mouth is already watering. Wish I could be in Coventry!
But it is not Incredible India that is hosting the National Samosa Week. The entire festival is the brain child of Romail Gulzar, a Leicester based media personality who also hosts the Annual Curry Awards. Gulzar lived in Dubai before making the UK his home. His ambition is to make Indian food mainstream in the UK. He also thinks that celebrations such as the Samosa Week will make for greater camaraderie amongst folks from India, Pakistan, Bangladesh and Nepal while giving English folk a hot and tasty reason to loosen up their usual stiff upper lip!
About 10 million samosas are expected to be served and eaten in the UK as part of the festival. As a paid sampling exercise, it would do any event company proud, for sure. But what is interesting is the intense detailing going into the marketing of the samosa to the native Englishman. I chanced upon a really nicely produced leaflet that explains The Perfect Samosa.
As per the hand-out (with some editing), there are three things that make a perfect samosa:
1. The Outer Covering
What makes the samosa so tempting and hard to resist is its crunchy outer covering. The freshest samosas are the crispiest, so it's best to munch on them while they're hot.
2. The Filling
Samosa is wonderfully versatile - you can stuff it with literally anything, and it will still taste as amazing as ever. However, making the filling too spicy or too bland kills the taste. So, a carefully spiced stuffing that is neither too strong, nor too plain, is the trick to making the perfect samosa.
3. The Folding
One of the main attractions of the samosa is its beautiful shape that comes only if you have folded the dough correctly after stuffing it. A samosa should be as much a visual treat as it's a treat to the palate. A perfect samosa will never have too much stuffing and will always have a perfectly triangular shape, with all its ends sealed well and cooked until they're golden brown.
The emphasis on the folding of the samosa especially impressed me. It made the design of the delicacy an intrinsic and important part of the samosa experience. There is obviously a lot of marketing and product thinking, plus hard work going into the samosa promotion! The folding of the samosa is a new ‘hot button’ in the culinary lexicon.
Back home in India, World Idli Day was celebrated on March 30. The first time such a celebration was hosted was three years back at the initiative of one Eniyavan, a popular idli-only caterer from Chennai who made 1,328 varieties of idlis and even a giant 44-kilogram idli to celebrate this melt-in-the-mouth South Indian specialty. There was a bit of noise on Twitter. Little else.
The samosa as a brand ambassador for India in the UK is a Big Idea. The kind of idea that ad agencies say has long legs. But I so do wish that it was India’s tourism ministry that would lead such initiatives globally as part of the Incredible India exercise. A piping hot samosa served in Roppongi in Tokyo or Times Square in NY is better than any poster or any online ad anywhere to market India to the world. The National Samosa Week is a great example of ingenuity and inventiveness. British Royalty is expected at the many events to be held next week. Also local glitterati. The samosa will be savoured and celebrated by not just those from the Indian subcontinent but by masala-baited English publics who are most likely next going to be invited to a Festival of Chicken Tikka Masala. And why not?

(Carol Goyal is a freelance writer who just returned to India after a year in London.) 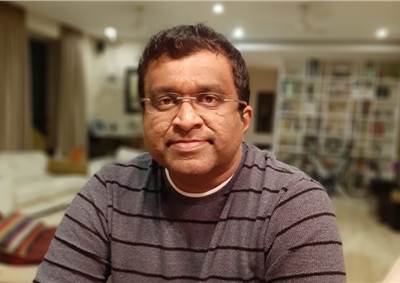 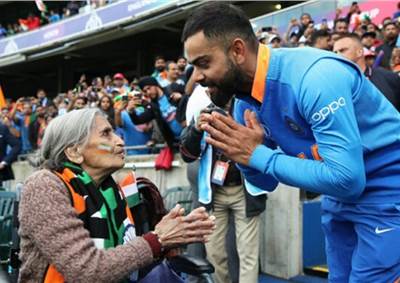 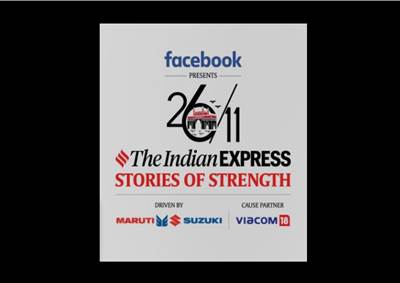 Blog: 26/11- why corporates that support 'brand’ India deserve our gratitude