This weekend, two of the most awaited Hollywood flicks release in theatres - Guy Ritchie's Sherlock Holmes and the spookfest Paranormal Activity. Both are highly recommended as the reviews will suggest below. And for the uninitiated, the trailers should start giving ideas. Now, then. Popcorn, anyone?Hollywood - New releasesSherlock HolmesDirector: Guy RitchieCast: Robert Downey Jr., Jude Law 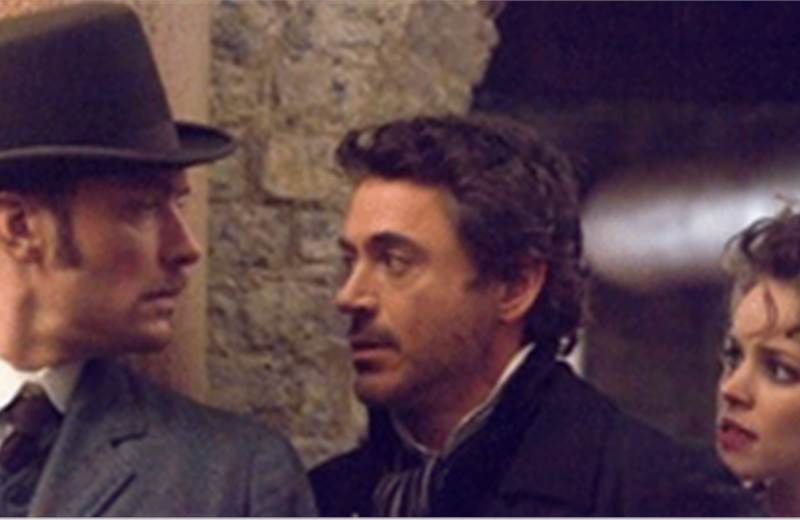 This weekend, two of the most awaited Hollywood flicks release in theatres - Guy Ritchie's Sherlock Holmes and the spookfest Paranormal Activity. Both are highly recommended as the reviews will suggest below. And for the uninitiated, the trailers should start giving ideas. Now, then. Popcorn, anyone?

"One of the characters in the Ritchie film remarks that there is a fragility beneath all Holmes’s logic and ratiocination, and it’s true. Mr. Downey’s character is as needy as he is superior." - The New York Times

"Considering his awful recent track record, it's fairly remarkable that he emerged with a decent film -- but considering that he appropriated it from some of the most entertaining genre fiction in the English language, it could have been so much more." - The Huffington Post

"Jude Law is a suitably sober yet dashing Watson. Robert Downey Jr is an intelligent Holmes, though his diction (seemingly based on studying Anthony Hopkins and Patrick McGoohan) is strained and not always easy to follow, and he's invariably ill-shaven and as badly turned out as Raskolnikov." - The Guardian
View trailer here

"Paranormal Activity is different. At the end, it doesn't let viewers off the hook." - Time

"If ghost stories have your number, this one will get you good, proving you don’t need stars and computer mash-ups to make audiences shriek at things that go bump in the night." - Rolling Stone

"In a sparsely attended theater, or at home on DVD, the creakiness of the film would be much more glaring, and its lack of subtext and visual polish would mute its modest, fleeting pleasures. It works best when it comes out of nowhere, because that’s, in the end, where it goes." - The New York Times

"Horror films work best when you realize that you cannot trust the filmmakers. But writer/director Oren Peli crafts a low-tech chiller that almost plays too fair with the audience." - Huffington Post

"Merely assembling A-listers and filming the movie at panoramic locations isn't enough. The film ought to have meat and that's missing here." - Bollywood Hungama

And for DVD junkies, here's one.

For those who follow the series Lost, J.J. Abrams is not an alien name. However, ol’ J.J is now known to the massive geek population worldwide, as ‘that guy who made the new Star Trek’. Luckily for him, he did a good job; otherwise he’d have encountered many a crazed, lightsaber wielding fanboy outside his house.

Star Trek is, and at the same time, is not at all, what you expect it to be. For a newbie, there’s enough action and special effects, while the hard-core trekker will revel in the insider jokes, classically portrayed characters and a very, very special cameo.

The movie alone is worth picking up the dvd, and the bonus extras are simply a, well, bonus. Definitely worth a watch.