S4 chief on bouncing back, what he would do with WPP and why Xi Jinping has the right philosophy. 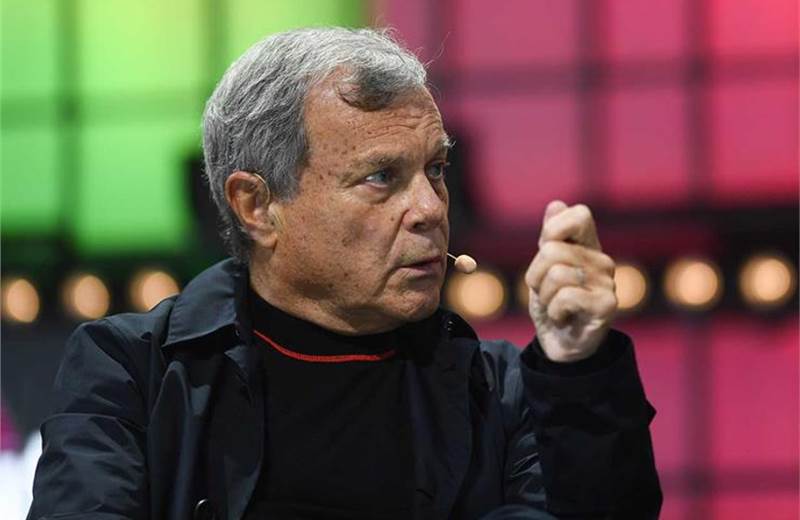 Sorrell: 'The holding company model is past its sell-by date; it&#8217;s finished'

On 14 April 2018, Sir Martin Sorrell was officially finished. The longest-serving FTSE-100 chief executive had just been unceremoniously booted out of WPP, the empire he founded 32 years previously.

All his considerable successes—from the daring reverse takeovers of agencies J Walter Thompson and later Ogilvy & Mather to his pioneering of the now-dominant media holding company model, to his elevation to a knighthood in 2000—seemingly counted for little in the face of a turgid scandal involving accusations of personal misconduct, misuse of company funds and mistreatment of employees.

Sorrell has always strenuously denied the accusations and all that either he or WPP will say on the matter is that there was an investigation—the full results of which have never been released—that Sorrell was not found to have done anything wrong, and that he left the company.

With almost anyone else, that would have been the ignominious end of a stellar career. But Sorrell, then 73, was in no mood to enjoy his retirement. Within months, he had announced he was building a new empire, S4 Capital.

With a business model focused ruthlessly on the "holy trinity" of digital content, programmatic ad delivery and first-party data, S4 is a radically different beast from WPP and rivals such as Omnicom or Publicis Groupe, although the pace of its success and the scale of its ambitions do create a certain sense of déjà vu.

After making major acquisitions such as MediaMonks (July 2018, $350m) and MightyHive (December 2018, $150m), S4 is now valued at more than £1.2bn. Before Covid-19 hit, revenues were growing organically at a rate closer to Amazon or Alphabet than a traditional ad agency.

Anyone at WPP who thought Sorrell was a distant speck in the rear-view mirror will be under no such illusions now. He has something to prove and, like someone in an exciting new relationship after a nasty divorce, the ex never seems far from his mind.

Sorrell didn’t leave WPP in the best shape. During his final year in charge, the company missed revenue targets three times and its value fell from £24bn to £16bn as clients took some digital marketing services in-house and demanded agencies become more agile.

However, Sorrell has none of those legacy issues at S4. Most analysts agree that its digital business model is significantly less exposed to the downturn in adspend that Covid-19 has brought. He also has an invaluable wealth of experience in dealing with shocks and setbacks, which he shares here with Campaign sister title Management Today.

What’s the first thing you should do when crisis like Covid-19 hits?

There are eight of us at the top of S4, and we meet at two o’clock every day to discuss three things: people, clients and finances, in that order. You look at your strategy and how it will be affected. We wanted to double the size of the company within three years.

Was that prejudiced by Covid-19? We came to the conclusion that Covid-19 is, on balance, either neutral or positive for our model, which is tech-led.

Then you get into the tactical stuff. Do I have enough cash? We’ve obviously had to take some tough decisions, starting with things like travel expenses and, in a business like ours, freelance budget. We put the lid on hiring, although we didn’t stop entirely, and we cut our own compensation by 50%.

Finally, you get to the very difficult stuff, when you may have to start pruning your structure. That was the last thing we wanted to do. There’s been an exodus of major figures departing the holding companies recently. They’re starting to attack what they regard as expensive people, but the reason they’re expensive is that many of them are very good.

Good people are difficult to manage and, by and large the better they are, the more difficult it gets. The easy ones are the average ones. So the people inside WPP I talk to are worried about it reverting to a mean of mediocrity.

So what would you do if you were running WPP now?

I’d break it up. The holding company model is past its sell-by date; it’s finished. After 1991-92, which was an existential crisis for WPP [after the success of WPP’s acquisition of JWT, Sorrell led another audacious buyout of Ogilvy for $825m, burdening the company with unsustainable debt, which it only cleared by converting it to equity], we formed a new strategy. I said, if the sum of the parts is not greater than the parts, forget it.

Agility is the key corporate attribute now, and that’s about strategy and structure. You devise the strategy, yes, but you implement it through structure. There’s so much complexity in the holding companies – you have a brand matrix, a geographical matrix, a functional matrix, a client matrix; there are so many things your head is spinning. And then you duplicate it all. It’s well-intentioned, but it breeds sycophants and bureaucrats; it doesn’t breed an agile structure.

How can a big company become more agile?

It’s not necessarily true that big companies can’t be agile. Amazon moves with the agility of a small company – it’s incredible how fast Jeff Bezos can pull those levers. Elephants can dance. But it comes back to structure again.

My favourite book at university was The Economic Theory of "Managerial" Capitalism by Robin Marris, where he talked about the separation of ownership and control. Those who own and control take a very different view from those who manage and control. If you behave like an owner because you are an owner, then you’re much more likely to take a long-term view.

That’s one of the reasons why CEOs have tended not to do digital disruption, because it would cause too much unpleasantness, even if it was in the long-term interests of the company.

It’s like being president or prime minister. If you’re not sure you’re getting a second term, what do you do? You look at a four-year horizon to give yourself a shot of getting re-elected. In that sense, [Chinese premier] Xi Jinping has the right philosophy.

What impact will Covid-19 have on that?

This is unlike any crisis we’ve been through before; it’s more like wartime. Post-2008, there was a steady state. You could toddle along, growing at 2%, cutting some costs here, buying back some stock there, have a happy life and leave a good legacy.

Well, there isn’t that luxury any more.

Covid-19 is a burning platform. It compresses things violently and rapidly accelerates digital transformation. In any emergency, it’s essential to reassure people, but that’s harder to do when you can’t speak face to face.

What’s your advice for communicating in a crisis like this?

It’s apple pie and motherhood. Just be yourself. You can’t overcommunicate – I write to our employees every Sunday, but if I could write that email every day I’d do it. Nirvana is when all of your 2,500 people know what the other 2,499 know.

That’s the key for communication. The irony in our case is that Covid-19 has actually enabled us to integrate S4 far more speedily in that sense than I’d thought possible.

S4’s success also represents a personal comeback for you. Do you have any advice for getting back on your feet?

Speed and persistence. It’s the motto I chose for my knighthood. My kids said to me when I left WPP – which was unpleasant, to put it mildly – that I should take a three-month holiday, enjoy the summer. I didn’t want to do that. I wanted to get back on the horse as quickly as possible. There’s something about the unfairness of it that drives me as well.