WATCH the second part of the commercials that are part of Leo Burnett’s annual Cannes Predictions Reel, and predict your winners 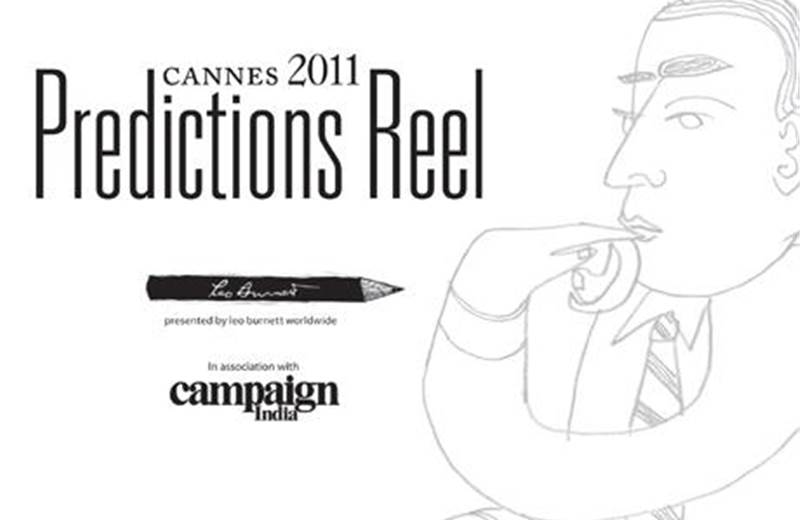 Leo Burnett India has associated with Campaign India to organise the ‘Cannes 2011 Prediction Reel’ contest through which the agency wants to share the shortlisted commercials with everyone in the industry.

The rules for Cannes Prediction are simple. You will see 40 entries on the reel. You select the 15 that you consider most likely to be awarded a Lion by the Cannes juries. Mark your 15 choices in the circles provided in the form that will be mailed to you (Click here to receive your form). The scoring system works like this: if one of your 15 choices wins a Grand Prix, it earns 100 points. For every Gold Lion you choose, you receive 75 points; for every Silver Lion, 50 points, and for every Bronze, 25 points.
If one of your selections win multiple Lions, such as Bronze in TV and a Gold for Craft, you will receive one score (the 75 points for Gold) for the highest award the piece received. For any choice you select that wins three or more Lions, in any category, you will receive 70 additional points.
Cannes Lions winners will be announced on the evening of Saturday June 25, 2011. The Cannes Predictions Reel contest winners will be announced on June 30, 2011. Three winners will get prizes sponsored by Leo Burnett.
Disclaimer: The Leo Burnett Cannes 2011 Prediction Reel contest in association with Campaign India is for educational and entertainment purposes only. Votes cast bear no influence whatsoever on the decisions made by the Cannes Lions jury.
Click here to mail us for any queries.
WATCH ten films that made it to the showreel here:
6. DIESEL • “A Brief History”