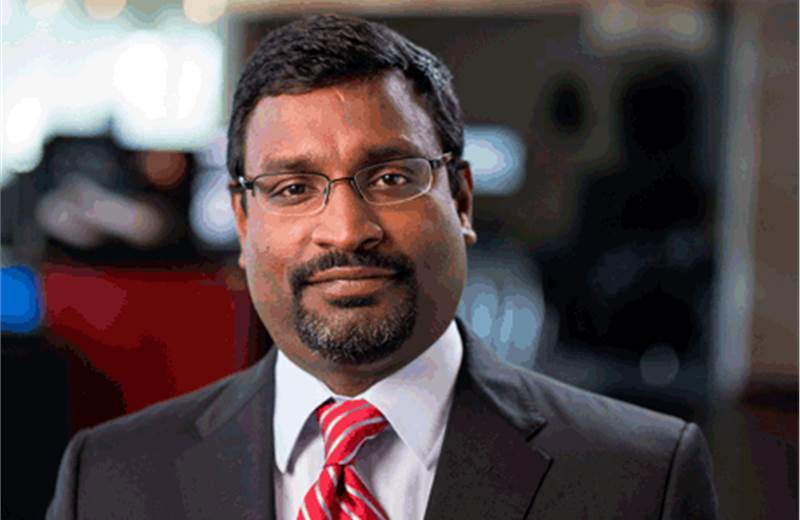 Ajit Sivadasan, VP and GM, global web sales and marketing, Lenovo, was in India recently. We caught up with him to find out more about the company's online sales, data sources, mobile marketing and more. Edited excerpts:

What are the sources of data that are emerging as the most critical for business?

The primary part of data we have historically used is transaction data. It’s about sales and the clickstream data you get online. Recently, it’s been more on the social side. It’s from the social interactions and how people are actually connecting offline (not on our domain). We find that very intriguing because that has a bigger network-like effect. It’s not even our customers but we’re connected to these people because of the networks that they’re connected to. We’re looking at Facebook, Twitter, LinkedIn, Pinterest, Vine, Instagram. We’re also looking at closed systems like forums.

Is it true that data is still used primarily for sales lead generation? What is the Lenovo experience?

One thing that I’m looking at is real time optimisation of your marketing. When you envision your campaign, you launch the idea. If the campaign is for three months, you’re trying to figure out your media mix through the campaign. In the past, getting information in real time was a challenge. You go to a traditional agency structure, they take four weeks to generate a report and you look at it and then decide. What we want to do instead is connect all our point-of-sales data (retail sales), online trends, off-domain conversations, mobile etc. We want to connect those pieces and score media effectiveness, and figure out how we’re going to spend media dollars depending on effectiveness.

Big data is very disjointed. People talk a lot about it, but it’s still not being used as much. What we are looking at big data is for marketing optimisation.

What is the profile of visitors to lenovo.com?

We’ve seen a shift from eight years ago (when we started) - from 40 to 50-year olds to a younger audience (now). That’s because we were catering more towards businesses. Now with the shift to the consumers, we’re seeing people from the 30s to 50s visiting the website. With the PC+ (phones and tablets) strategy, we think it’s going to get even younger. This is global phenomenon and in India with a lot more younger people, it may be skewed towards an even younger population.

How much of Lenovo's sales come through the online medium?

Globally, we sell less than 10 per cent (online). In India, we started just six months ago. India is a different model and it’s still run through a distributor. We don’t control all the merchandising and marketing things as we would like to. We would like to manufacture here, but that’s needs a little more groundwork. I would love to actually fulfill our entire requirement from our factories in India rather than relying on China. We sell something that’s built to stock rather than built to order. It’s not present in India right now but at some point we will, during the year.

How much of this would be from your own gateway and through other e-comm retailers?

The 10 per cent I mentioned would be through our gateway. We do a lot more through other e-comm retailers.

Is it true in the Indian context that digital is still a research / pre-purchase medium?

It’s not only in the Indian context. It’s true everywhere. Depending on the market, it’s a little bit more or little bit less.

The point is in the Indian context, when you have a built to stock model, you’re limited and you have the same limitation online and offline. What you want to do in the online space is open its advantages like (lack of) space limitation. It should be able to build whatever you want. For example in the USA, I can build 40 million combinations of a PC; no retailer can hold that number. That’s what I would want to do in India too. I want to change the business model to mimic the advantages of the web and that becomes a game changer.

Mobile as a channel for marketing: Do you have a separate marketing strategy for mobile?

It depends on the market. For us, the big one was actually coming to the conclusion that one needs different experience on the phones than the desktops. We worked for a year last year and launched the Australia website. It’s going to go worldwide in the next two or three weeks. We’ve created a different look and feel for the website. Once we do that the next thing to figure out is what per centage of our online spends should be mobile focussed. Whatever we have seen so far is that it is great at a brand level, but not so good for a transactional level. People are not going to buy a $1000 dollar product on their mobile (not in India atleast). But, I expect the mature markets to start picking up the trend and start purchasing atleast tablets and phones on the mobile.

How does Lenovo.com marry social media with the site?

It’s the regular integration of feeds. It’s very traditional right now, but we’ll like to move to a set of technologies where people can actually publish, instead of taking a feed out to a platform. That changes a lot of things, but nobody does that well today. A lot of companies do it internally with their employees on a giant message board. But on the website, it doesn’t translate. But my sense is that the next generation platforms will allow that.

What are the user statistics? How much of the traffic is from India?

The Do_Store, which is our eCommerce site, averages about 250,000 unique visitors a month or 3 million a year at the current rate. This has grown roughly five to six times in the past eight months from about 40,000 uniques.

From India we get about 0.7 million unique visitors per month to the Lenovo.com India site and a total of about 1.7 million visits per month.