Ryanair's recent decision to be nice to its customers has got the analysts scratching their heads. Some have found themselves wondering how the airline ever rose to become the biggest in Europe, despite routinely finishing bottom of the service league tables.

It isn’t "despite", it’s "because". Ryanair elevated inconvenience and insult to the status of reasons-to-believe. Its labyrinthine website, penal rules and scrum seating went way beyond the demands of operational efficiency; they were brand codes and cues designed to signal its positioning in the most forceful way.

It’s easy to forget now how necessary that once was, how crowded and chaotic the low-cost sector became in its frontier days. At various points over the past 20 years, there have been upwards of a dozen carriers in Europe all claiming to offer rock-bottom deals.

In markets like this, with complex, asymmetrical options to navigate, consumers revert to what behavioural economists call "heuristics" – ready-made rules of thumb – to help shortcut decision-making.

In value sectors, one of these might read: the brand that treats you worst is probably the lowest in price, because there must be a reason why customers keep coming back.

Ryanair ruthlessly sent those mental-shortcut signals. It’s like the restaurant that makes you queue round the block in the rain. If it can inflict that much pain on the customer there must be something of extraordinary value at the end of the line. And you know what? We all got the point. Ryanair’s codes and cues of "cheap" have become so ingrained that the logo has become its own heuristic. If it’s the one that flies with a garish gold harp, it’s the one with the lowest fares.

It’s at this point that nastiness produces diminishing returns and starts to look gratuitous. So, with its rivals finally routed on price perception, Ryanair has concluded that it’s time to fight them on their own turf – the customer experience.

Back to those analysts. A fair few doubt that this trick can be pulled off, that "you can’t turn things around that quickly", as one marketing pundit put it. Well, yes, you can, if the characteristic of conviction lies in your soul.

Ryanair is an example of a "Damascene" brand – one that crystallises a moment of conversion so powerful that its previous positioning is reversed. The key success factor for Damascene brands is conviction before and after the blinding light.

Consumers are surprisingly willing to go along with the reversal if they sense the underlying continuity of zeal. What they don’t forgive are brands that trumpet some new space when they were never that well defined in the first place.

That’s why Marks & Spencer has always struggled to gain traction with its various new positionings. It was a beige offer to start with, a brand limply planted in the middle of a road that was never going to lead to Damascus.

Like the roar of a sheep, the sudden declaration of new ways feels false, and consumers sense that the brand is merely pandering to the latest focus-group findings.

Contrast that with, say, McDonald’s – redder brand meat, both literally and figuratively. For decades its stance was unequivocal – as big, happy, fast and fatty as food gets.

When the health critics became too hard to resist, the brand decided that its golden arches needed to stand for something totally different. So it changed everything – menus, signage, seating, portion sizes and promises. A power brand both before and after, McDonald’s has been rewarded for the zeal of its conversion with 30 consecutive quarters of growth.

Likewise, Ryanair will claim its new place in the market through the same blend of substance and rhetoric that built the old one. It will make all the right changes and be ruthlessly consistent with its messaging. Consumers will buy it because they know that, whatever this brand does, it does so with utter conviction.

If you’re not convinced by that, keep an eye on the Ryanair share price. My bet is that, by the end of 2014, you will be.

Three high-profile brands that have seen the blinding light and completely changed what they stand for. The key to success for such a dramatic turnaround lies in their strength of conviction, both before and after the conversion. 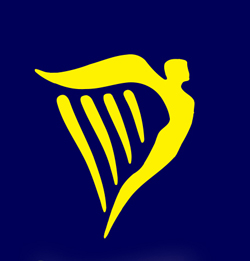 No one was surprised when Europe’s biggest airline finished bottom of 100 major brands surveyed in a 2013 Which? customer-satisfaction survey. The surprise came one month later, when chief executive Michael O’Leary announced that the airline would stop "unnecessarily pissing people off". Sweeping changes included a simplified website, more generous baggage terms and reduction of fines for lost boarding cards. It could already be working: December passenger numbers were 4% up on the previous year. In a recent Sunday Times interview, O’Leary was jubilant that his "Damascene conversion" had generated "so much free publicity". 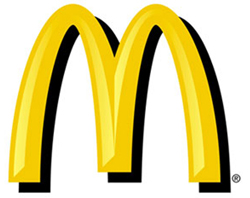 By 2005 McDonald’s had reached a plateau, with consumers concerned about the health implications of its Big Macs, fries and Happy Meals. In a comprehensive change of direction, the chain introduced porridge, free-range eggs and organic milk to its menus, reduced the fat, salt and sugar content of its kids’ meals and created more chicken-based options. In the UK, it was the first restaurant chain to introduce nutritional labelling on packaging, and became one of the biggest providers of fruit to children. The brand won the 2011 Marketing Society Grand Prix for the strength of its perceptual and financial turnaround.

Tony Blair did not believe he could win the 1997 general election without distancing his party from the old-style socialism that had kept it out of power for 18 years. Amid huge controversy, he scrapped Clause 4, which stated Labour’s traditional commitment to state-owned industry. As on the original road to Damascus, when Saul became Paul, this conversion was accompanied by some deft rebranding: Labour became New Labour, and Blair went on to win three consecutive election victories.

Marketers should wait 30 days before trying to make ...