Elections for a news brand are a high-value event. It also poses an opportunity for brand visibility with the possibility of tapping into a new demographic or reiterating its brand recall among audiences.

News18’s Hindi news cluster, recognising the clout of elections and its mark on news brands, carried out a wide array of marketing initiatives to promote its five-state election coverage for 2022. It rolled out a 360-degree campaign to motivate voters in the buildup to the polling day.

The campaigns were conceptualised by Network18’s in-house creative teams, in partnership with MSL for public relations, Vibrant for media planning, and Triton for creative.

A series of multi-channel campaigns were released to highlight the importance of voting during the state elections of 2022 and to spread awareness on the polling day coverage.

The campaigns were rolled out towards the end of January and sustained through the elections, with some elements still active, given that the government formation/oath-taking is ensuing.

In conversation with Campaign India, Karan Abhishek Singh, CEO Network18 – Hindi news cluster, stated that the group wanted to ensure that its campaigns created a significant impact for brands throughout the election coverage. He also spoke about the ROI goals, how OOH and radio were leveraged, and the brand interest it received during the coverage.

Were the ROI expectations fulfilled for the 360-degree election programming campaign?

Our objective was to ensure high visibility and buzz for the brand associates. This objective was more than met basis the feedback that we got from our target markets. We also wanted to ensure that we maximise our campaign’s reach, which was also something that we were able to achieve through our social and mobile campaigns.

Network18 leveraged traditional mediums such as OOH, transit and radio for the election campaigns. During elections, how important are these formats in the marketing mix?

For a campaign to be truly effective, it is important to take a holistic approach that translates into a judicious use of traditional and new age media and formats. This was how we approached our campaign as well.

Radio, OOH and transit were all utilised with a singular objective to drive home the message that News18 India's news team will aim to bring about the best coverage of the elections. The idea was to ensure a close association with the thought of being a preferred ness destination with the News18 India brand. 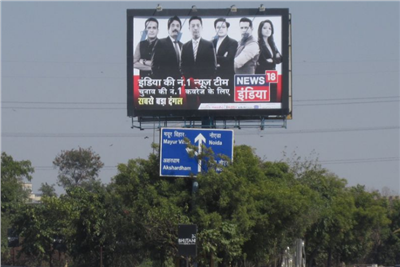 On radio, this was done through an integration that positioned an interaction with the channel’s top anchors as the Sawalon ka No.1 Dangal. This allowed us to reiterate our desired positioning for the brand and also allowed us to promote our election’s programming – Sabse Bada Dangal (the biggest fight)– seamlessly.

On transit, we used a mix of impact media – branding of a train between Lucknow and Varanasi, branded boats in Varanasi, specially branded autos playing a specially created song promoting our Counting Day coverage- and frequency media – several 100s of branded autos and cabs across 12 cities - to ensure campaign visibility and deliver the message effectively. This media in that sense played a crucial role in driving brand and message recall. 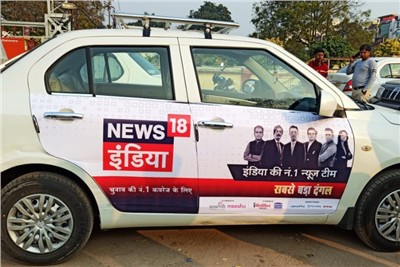 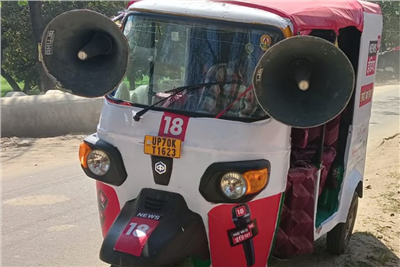 What was the digital approach for this campaign?

The campaign extensively used new age media to drive reach and engage with audiences. We ran both masses as well as highly targeted campaigns to achieve both our perception and reach objectives.

Programmatic advertising was used to target top corporate executives and marketing leaders as well. Quite interestingly, we were able to even ambush some competing media platforms during our campaign.

All in all, we were able to quite effectively deploy both traditional, and new age media to ensure that the campaign gets maximum visibility and engagement.

Tie-ups with other media companies have been a focal point for these marketing campaigns. You had a tie-up with Red FM, Big FM, B4U and so on. What were the intent and ROI expected from these associations?

Partnerships are a key element in a marketer’s armoury – it allows for a cost-effective means of amplifying one’s campaign. Also, a partnership proposition lends itself well for integration at a content level. From our perspective, this allowed us to extensively place our key brand's assets within the content of our partners, which adds dimension to the campaign and helps push the key message out more forcefully.

Which brands advertised on Network18 during the state election coverage?

There was significant interest amongst advertisers seeking to leverage this environment.

During elections, what are the key marketing strategies a news channel should live by to garner more eyeballs?

Elections present a high intensity and competitive environment for news brands. The challenge is to break through the clutter and ensure that as a brand one remains top of mind. This was the same challenge that we were presented with this time around. To ensure that the brand and our message register, we needed to create impact at every level. This thinking was the basis of our strategy and approach.

We looked at our communication – we were clear about two things our message should be simple and consistent.

The next challenge for us was to ensure that this messaging remains impactful and registers – hence we started looking at different legs and formats to put the message out. This meant creative thinking and innovation both at the level of creating assets and deploying them.

Innovations such as the 'Sawalon ka No. 1 Dangal' (The fight of question no. 1) or our branding of a train helped us create impact or a branded auto-playing out a specially curated, highly hummable song or using influencers to create Twitter polls.

We also ensured that we identified high impact touchpoints and owned them. This included upping our presence on pivotal days to own the moment and identifying key media/locations to ensure that we were exclusively present. For instance, our branding of the Gomti bridge in Lucknow or our campaign on polling days using a prank-based video specially crafted to motivate voters to go out and vote.

One key component of our strategy was to ensure that we got our TG to engage with the brand rather than being just a passive recipient of our messaging. This venture tried to ensure that News18 India registers strongly as a brand – to this end, we ran a highly successful audience promotion which resulted in high levels of engagement with our TG.

To conclude, consistent messaging, innovation in creative execution, media deployment and high levels of targeted engagement to lead a campaign for a news channel during elections towards a successful route. 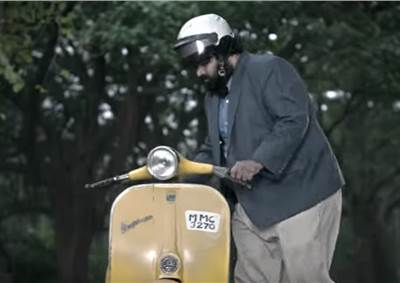 Aaj Tak compares other news channels to a malfunctioning scooter