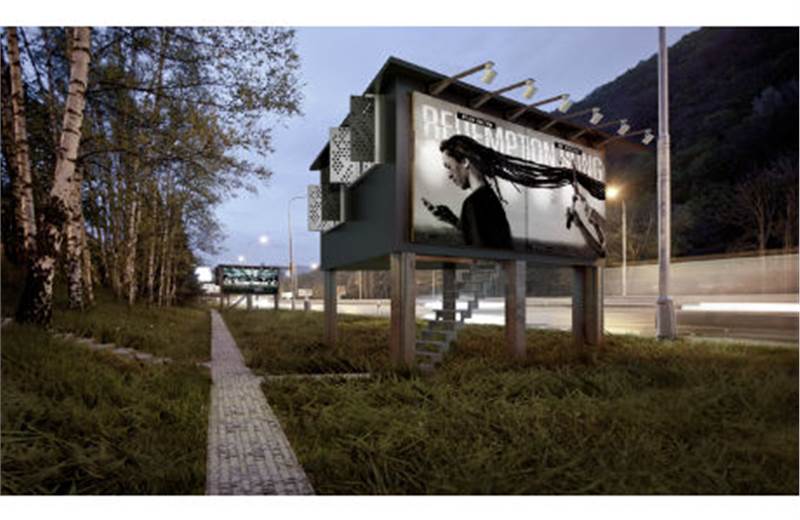 Some of the homeless in Banska Bystrica, a city in the Republic of Slovakia, could soon have a home ensconced behind a billboard. The concept has been thought of by Design Develop, a building and reconstruction design company.
Named Project Gregory, the concept has been worked through to visualisation by the company. It has been envisaged for Banska Bystrica, where according to Design Develop ‘the project would be easy to implement thanks to existing energy and water grids’. The firm however explained that the billboard housing project is possible anywhere, subject to the physical implementation being feasible.
The idea is that the insides of the billboards would be extended to turn them into living spaces. Design Develop foresees an arrangement wherein the (low) maintenance cost could be partially paid through the rental of the billboard.
“If we take the electricity cost needed for the billboard to keep it lit during night and we try to optimise it by x%, we find that this saved energy could fully cover all those interior usage needs,” explained a concept note on the idea. Project Gregory is not-for-profit and will adopt open source development. Aarchitects, designers, artists or anyone else can come up with new construction and layout alternatives and spread them further. “Project Gregory - billboard housing - will be available for each city/space without the author claiming any financial benefits from its usage,” according to Design Develop.