Not one of the directors Saatchi & Saatchi chose for its annual showcase was picked on the strength of a traditional ad, according to its curator, Andy Gulliman.

"I do question whether the environment is as brave as it was," the Saatchi & Saatchi executive broadcast director says.

Still, when a door is shut on creativity, it usually finds a window to sneak through. And even if TV advertising is failing to push boundaries, the slack is being picked up online.

"People have come from nowhere but still had a massive impact," Gulliman explains. "They’ve just smashed through and really credible work has gone mass market. This is totally to do with the power of the internet. Some of these people don’t even have representation."

This shift may be changing the business of directing, particularly at the junior end, but Saatchi & Saatchi’s showcase has remained a constant in its popularity. In previous years, the event was ranked the second-most-popular event at Cannes, behindthe awards ceremonies themselves. While delegates have been attracted to an increasing number of seminars, there can be no doubt that the showcase remains a hot ticket.

"For me, the consistency of vision and what is presented is what makes the Saatchi & Saatchi New Directors’ Showcase so special," Tom Eslinger, Saatchi & Saatchi’s worldwide creative digital director, says. "It’s like going to the high-end designer store that you totally love: you know you’re probably going to be challenged, find stuff that you love and stuff you hate, and always leave inspired. It’s like visiting Dover Street Market in London: always something awesome, never disappointing."

The former showcase nominee Andrew Thomas Huang adds: "Being selected is incredibly symbolic. Nearly all the directors whom I have admired for years have been chosen in the past."

Indeed, given alumni of the showcase include Jonathan Glazer, Michel Gondry, Spike Jonze and David LaChapelle, if you find yourself on the list, it’s safe to say that you are in good company.

Film Cut The World, Antony and the Johnsons

When Kanye West’s label, Roc-A-Fella Records, wanted to buy the domain name kanyewest.com, it found that it was owned by Nabil, who agreed to hand it over for free provided he could photograph the rapper. He didn’t waste the opportunity and has since gone on to work with artists such as Frank Ocean and Bon Iver, and won plaudits for his debut documentary, Bouncing Cats, in 2010. 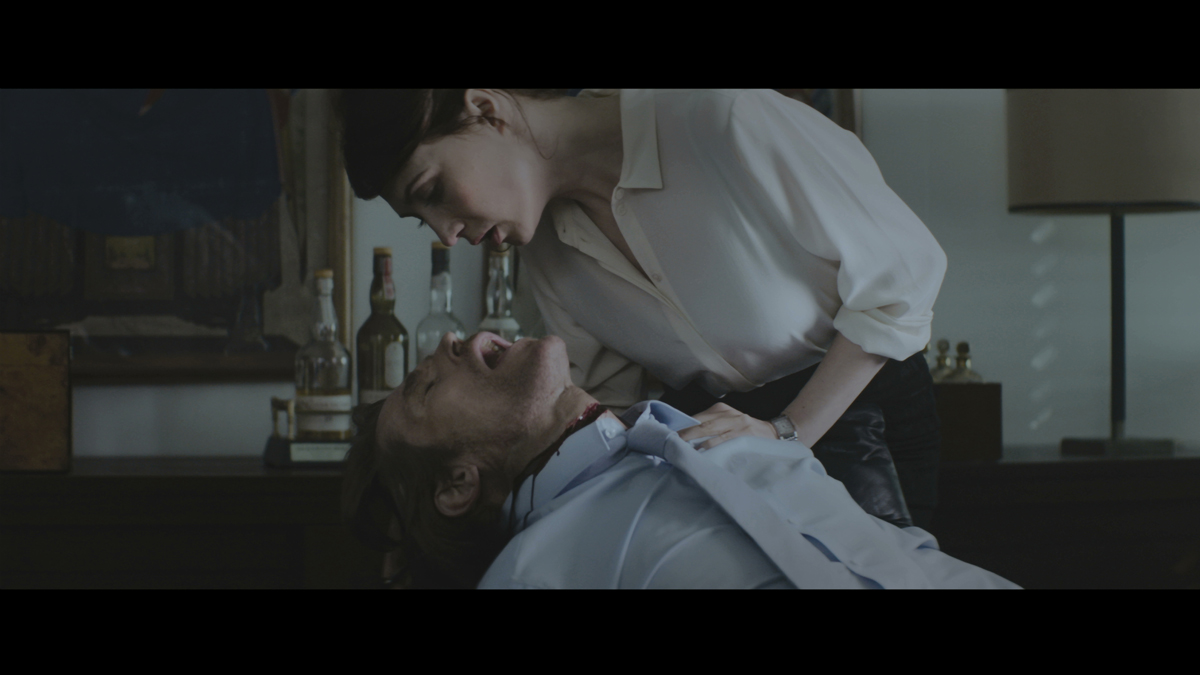 Gulliman says of Nabil’s style: "It’s classic, but obviously with an edge; it’s art and tradition. In the commercial production world, when reading a traditional script that needs old-school film-making with a new-school finger-on-the-pulse attitude, Nabil is a definite recommendation."

One Pixel Wide is a collective: an interactive trio comprising the designer Al-Jorani, the developer Browse and the creative strategist Koprowski. The group met while working at Beattie McGuinness Bungay and have caught the eye of Saatchi & Saatchi with their promo video for Masters in France, which uses videos posted on Vine to create a montage. 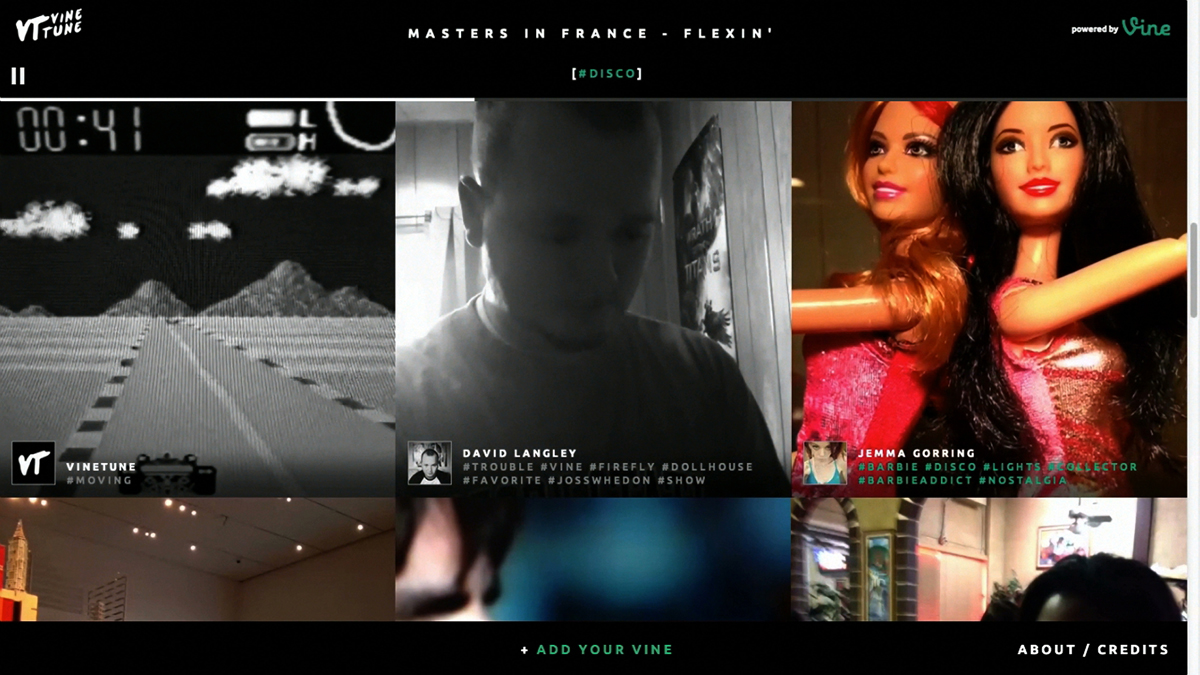 "This encapsulates the automation and aggregation stuff that the internet is really good at, with an idea, technique and jamming tune," Eslinger says. "This will no doubt be the ‘inspiration’ for an energy drink ad soon."

Film "It follows me around", ChildLine
Nationality British
Age 29

Jones is already well-known in London, but the point of the showcase is that it is international, and this young director needs to be introduced to the rest of the world. Jones, who signed to Mustard in 2012, has already picked up gongs for his ChildLine work, which shuns mawkishness and ends up being all the more affecting for it. 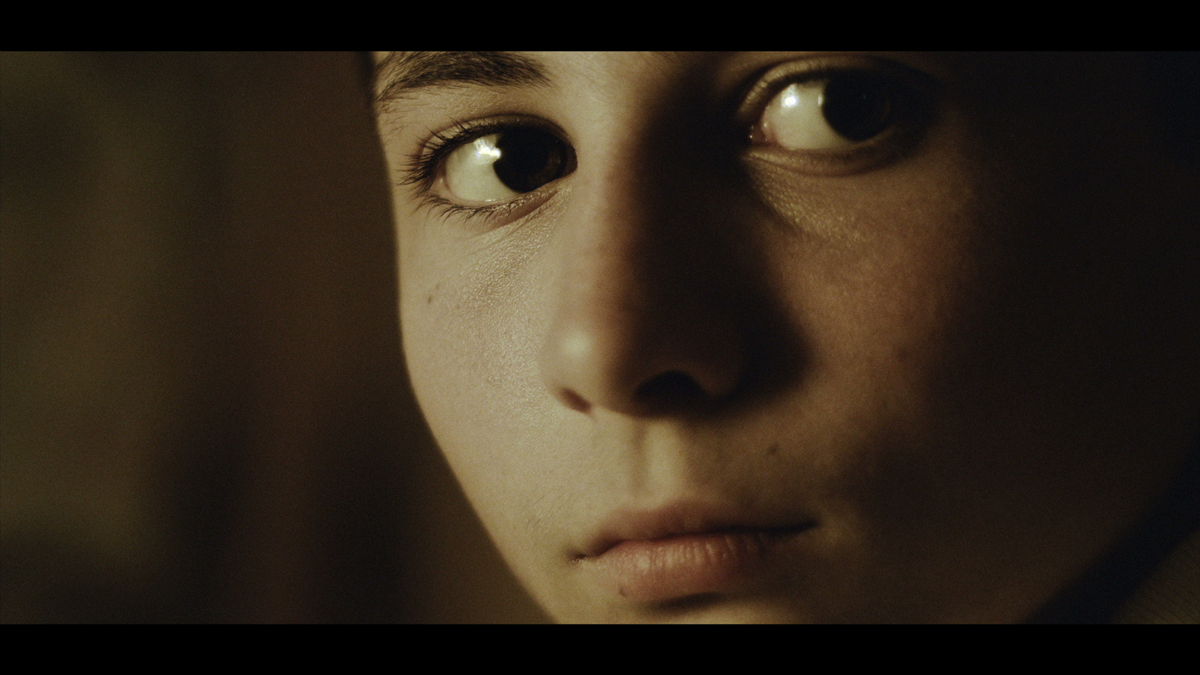 "The story for the idea is great and the emotional message comes across – he has kept it balanced," Gulliman says. "It’s just a nice, commercial-length film. And it doesn’t feel manufactured, even though this sort of message is easy to be heavy-handed with."

Joseph’s profile has rocketed since he co-hosted MTV’s Catfish, which exposes the perils of internet relationships. But it was the success of his viral films – which have been viewed more than 30 million times – that first gave him success. His spot for the Rainforest Alliance was already a winner in TED’s Ads Worth Spreading challenge and caught the attention of Saatchi & Saatchi. 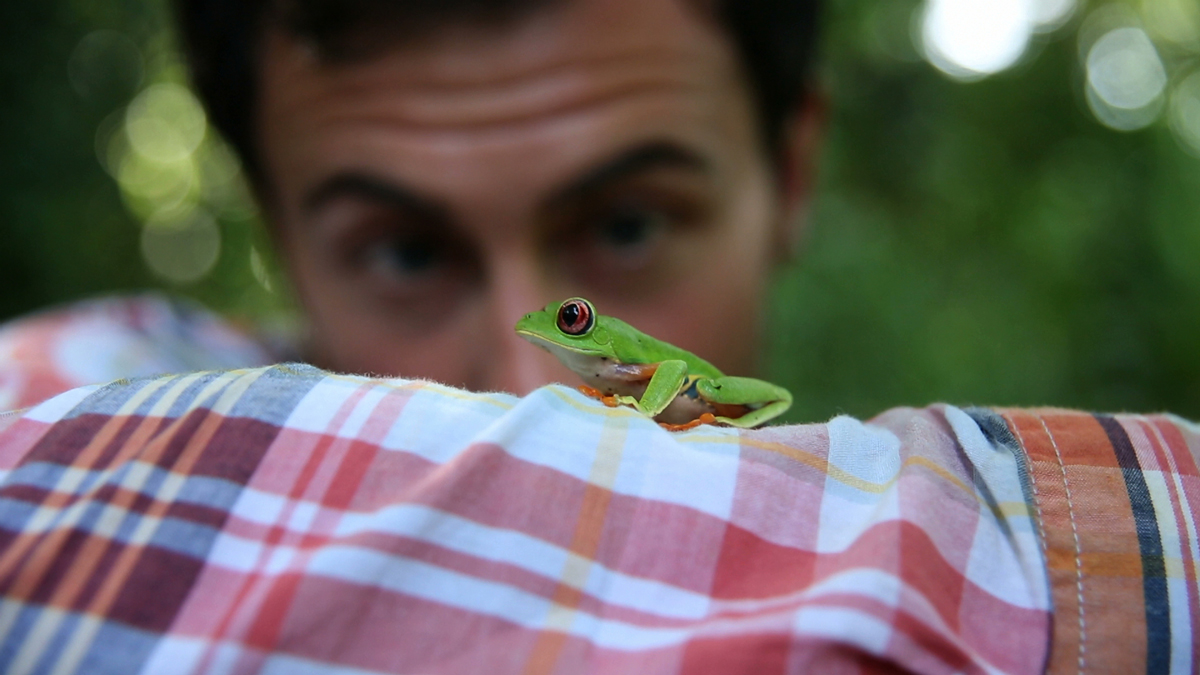 "The tone of voice is perfect and the backing track is spot-on, and he shows his skill by the shots he chooses," Gulliman says.

Naishuller’s music video for the Russian rock band Biting Elbows – of which he is the lead singer – is like something you would expect "from a bad-breathed exchange student", according to Gulliman. That is hardly high praise, but Gulliman swears by Naishuller’s raw directing talent. "The majority of the shots in the video are just phenomenal," Gulliman says. "Naishuller has balanced very clever shots with a crude track and art department." 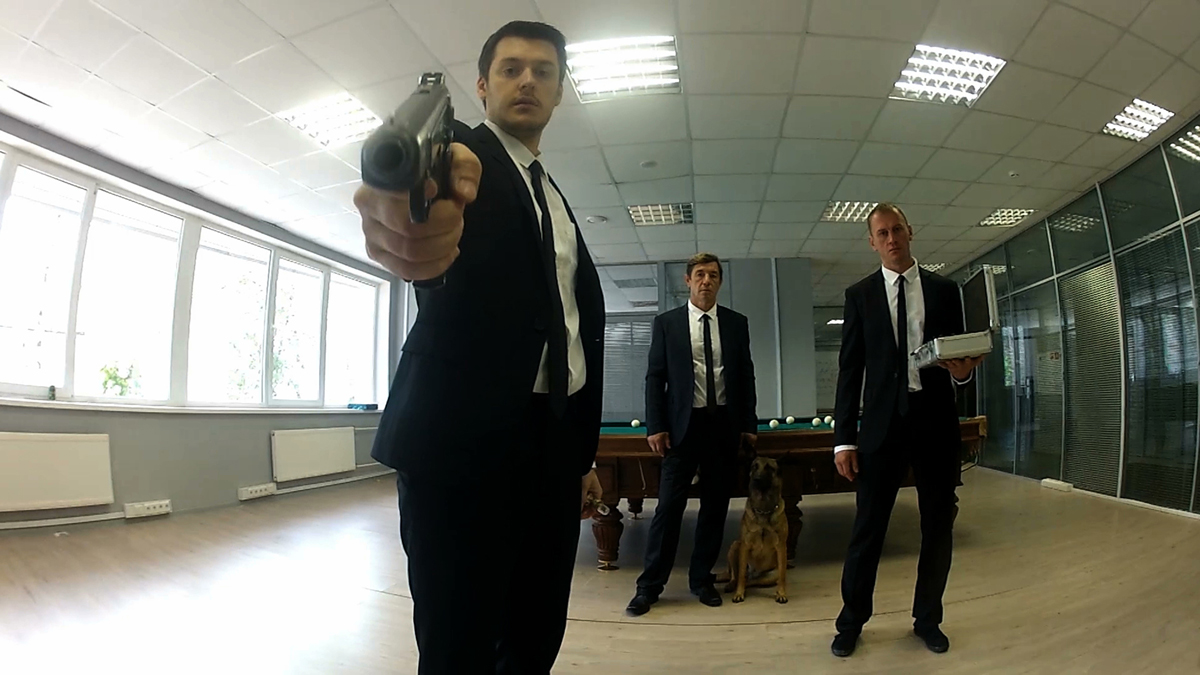 He is not Naishuller’s only fan either. When the Biting Elbows video first hit the screens, the internet went wild. Darren Aronofsky (who directed The Wrestler and Black Swan) even Tweeted the young director, saying his video was "so well done".

Karensky is young enough to be part of the first generation of directors whose introduction to the world of screens could just as easily have come from computer games as TV – and it shows. The Russian director’s graduation film at the Pasadena Art Center College of Design, Grand Theft Auto: Rise, is a violent chase video that pays homage to the computer game franchise of the same name and has been watched more than 13 million times since being posted on YouTube six months ago. Karensky is another of the Saatchi & Saatchi showcase’s raw talents. 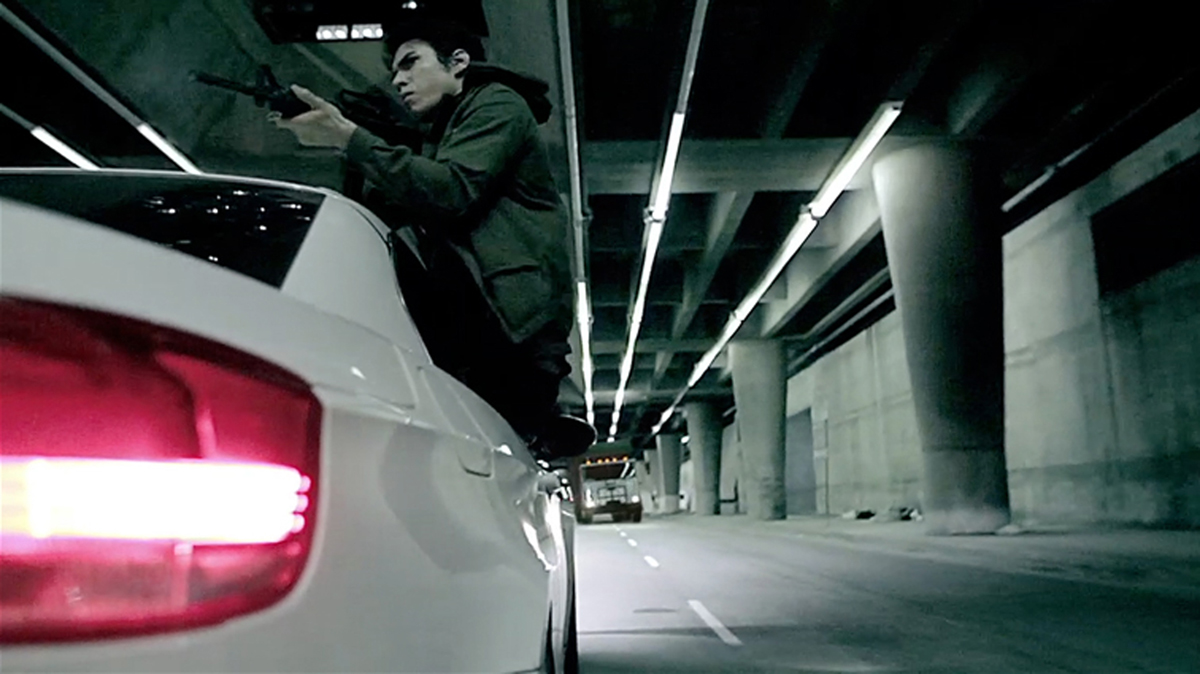 "He combines gaming stimulus with film-making," Gulliman says. "The video could stand up as an expensive commercial or scene from a film, but he did it on a budget that was a fraction of commercial rates."

Vellas started his career as an art director at the Brazilian agencies DM9DDB and Ogilvy & Mather, and switched to directing full time in 2006. His commercial for Leica, "soul", which tells the story of the war photographer Robert Capa from the perspective of his camera, has already won awards and is described by Gulliman as a "traditional, great story that’s beautifully crafted". 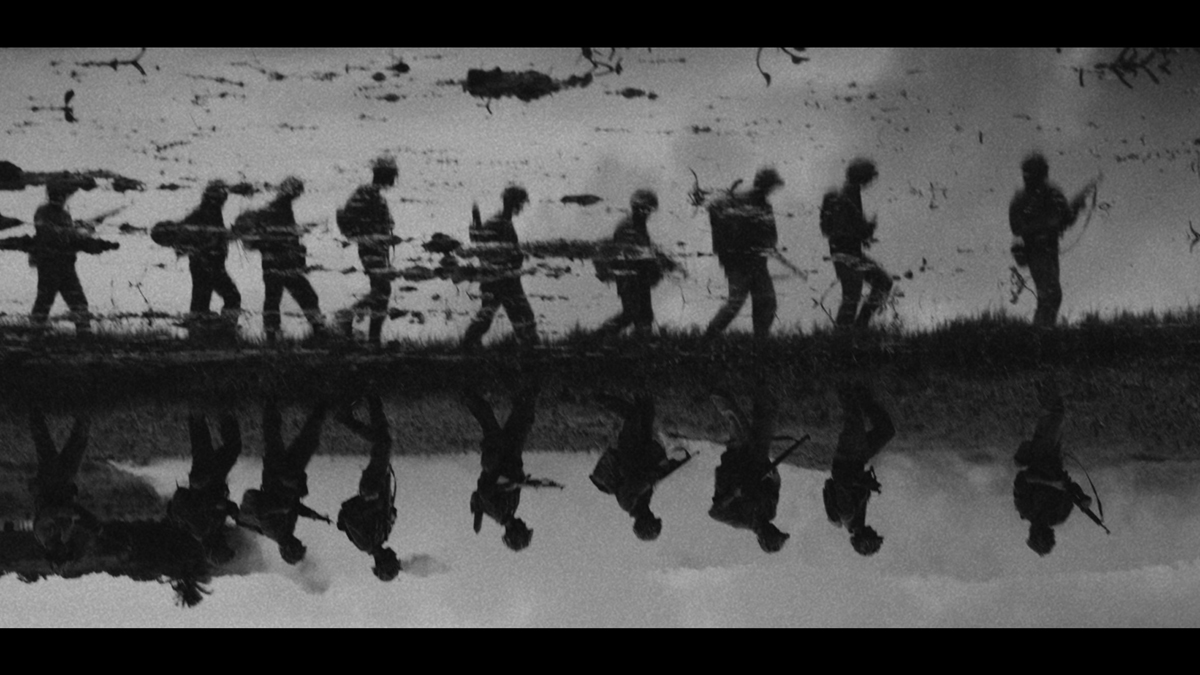 Gulliman adds that Vellas can already stand shoulder to shoulder with far more experienced directors and, with his Leica work, got things "spot-on".

Information about Cheng is sparse, save for the fact that he is "an artist, director and aspiring centenarian". Fair enough – we all have goals. Cheng’s promo for the dance-punk band Liars, however, is everywhere. The video makes for queasy viewing and is impossible to describe without sounding like you belong in Pseuds Corner – take Bugs Bunny and Elmer Fudd, twist them both in the most sinister way imaginable and then have them traipse hypnotically around a digital wasteland. 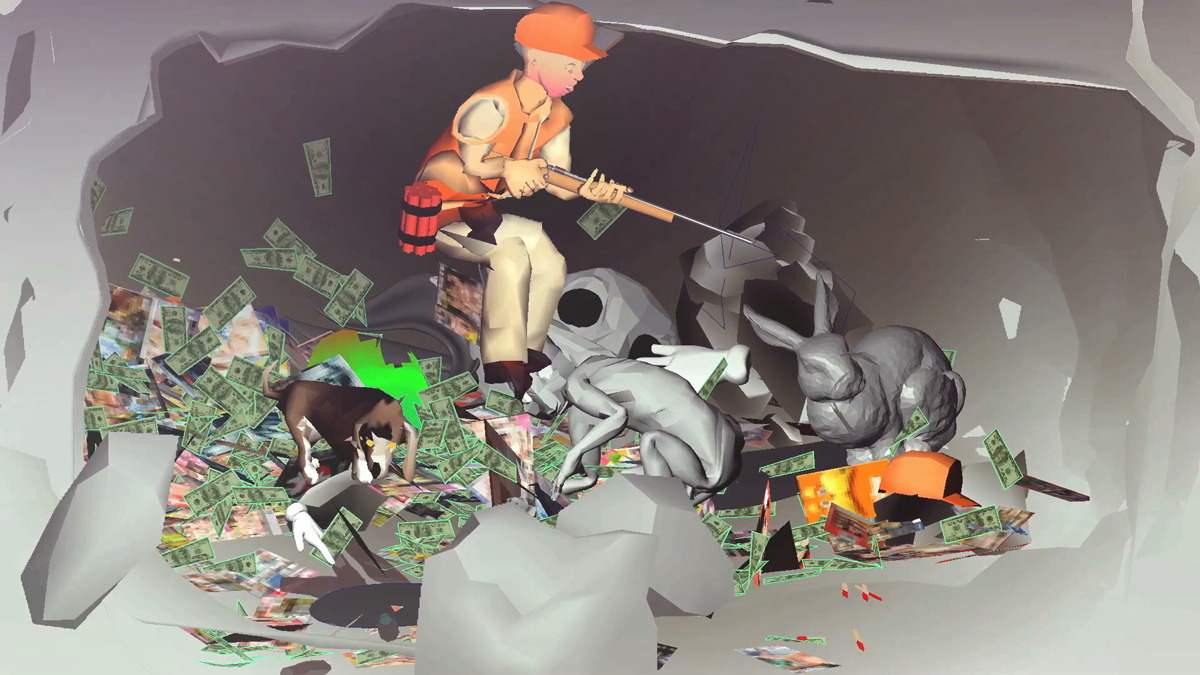 "It’s individual, artistic and credible," Gulliman says. "It’s like nothing you’ve ever seen before and it makes you want to see what the rest of his work is like."

It is hard to square Hope’s work with his Twitter biography, in which he describes himself as a "general video terrorist". His promo for the band Alpines smacks of a director who knows the power of subtlety. "Hope’s video is interesting because it seems fairly basic," Gulliman says. 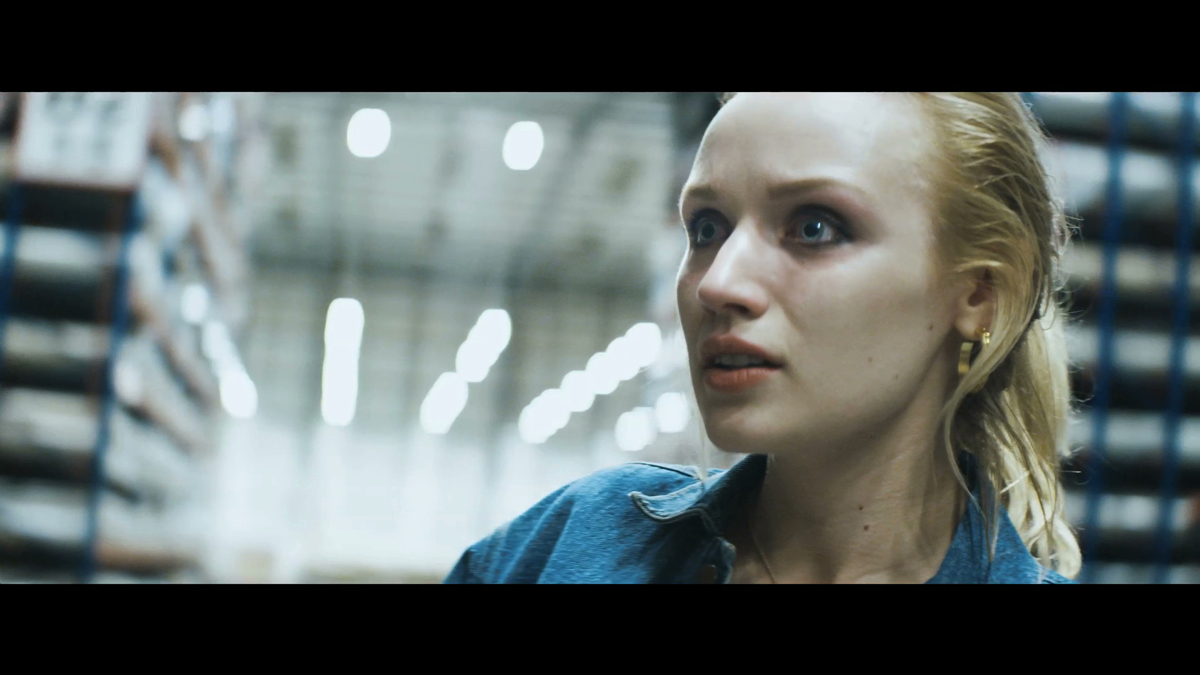 "But it’s one that grows on you. He has managed to get into the psyche of the viewer and get the pace of the film right. You understand what the characters are feeling and it just makes sense. He has delivered something simple and beautiful and, as a result, ultimately powerful."

Arese’s "mimic" is not a portrait and contains no narrative. Instead, his film – a promo for the electronic-music composer Yu Miyashita – earned its place on the showcase by dint of its sheer technical difficulty. "Basically, it’s like: ‘How the fuck did he do that?’" Gulliman says. "It’s just a stimulating artistic piece." 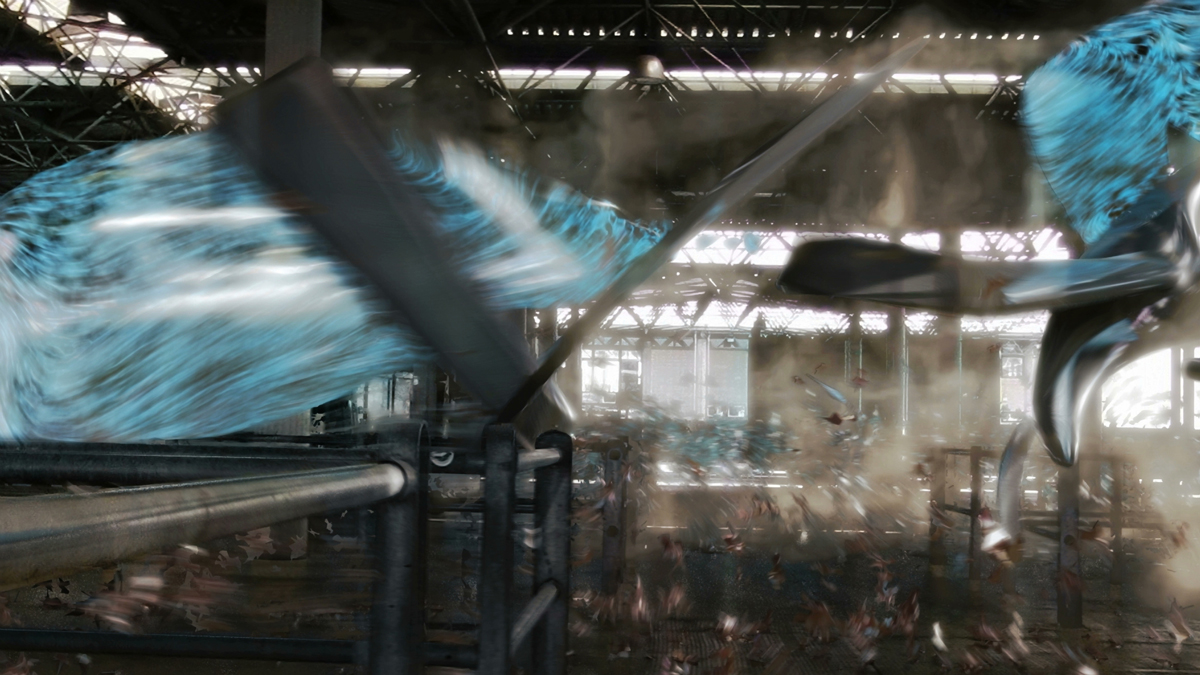 Eslinger adds: "It’s a piece of video art that I’d expect to see in a gallery – a bunch of super-CGI’d 3D models that have been put through a shredder, and occasionally zapped with a Taser in time to music."