Campaign India tries to understand the role played by news media in influencing voters in the general electionsIn December last year, senior Bharatiya Janata Party leader L K Advani cautioned his party leadership and cadres to exercise restraint when making TV appearances. The advice came as a result of some ‘controversial statements’ made by Jaswant Singh about the Kandahar hijacking. Advani, an old-hand when it comes to tapping the pulse of the voters, understood the influence media has on the voting population and took necessary actions. 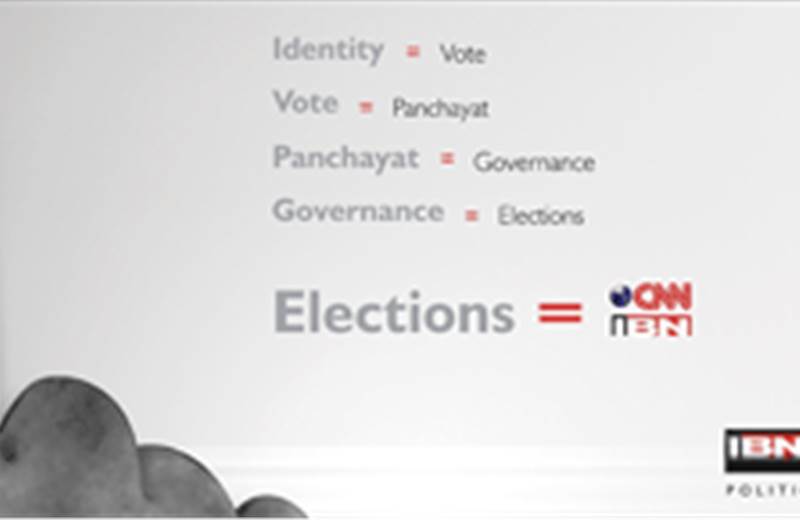 In December last year, senior Bharatiya Janata Party leader L K Advani cautioned his party leadership and cadres to exercise restraint when making TV appearances. The advice came as a result of some ‘controversial statements’ made by Jaswant Singh about the Kandahar hijacking. Advani, an old-hand when it comes to tapping the pulse of the voters, understood the influence media has on the voting population and took necessary actions.

While it may not yet swing an election in someone’s favour, television, more than ever, is gaining a reputation of being an ‘influencer’, nudging the voter to make a decision based on its editorial content and advertising reach. “If the rates that news channels are demanding during the elections are anything to go by, they are very influential,” said Chanchal Chakrabarti, managing partner, South Asia, Mindshare. “And despite the insane rates, advertisers are queuing up to buy spots, as everyone knows where the eyeballs will be during this period of elections.”

“With such a following, it is difficult to believe that television content has no impact on voting patterns. They definitely help voters, especially those in the middle, form opinions about parties and candidates,” Chakrabarti added.

The astute political parties and their newly-hired media agencies know this and are leaving no stone unturned when investing in news media. Media planners say political parties alone could spend up to Rs 800 crore over the next two months on communications — an amount that top advertisers like Hindustan Unilever spend in an entire year. A la the West, political parties in India are increasingly packaging themselves and their leaders as brands and hawking them in all ways possible to the voters.

News channels on their part are ready with their programming line up; tweaked specially to engage the ‘young voter’. There is the inevitable number crunching, speculation about political formations taking shape and who will form the next government, panels with leading political stars, scoops and scandals.

How much of our political opinion is our own? When asked, said Shreya Lohumi, copywriter, Leo Burnett, “Not having followed up on any politician as such, I’m definitely influenced by the media as the latter serves as a window into the political system.” But most claimed that they took all that is being shown on TV with a pinch of salt. “An average urban Indian viewer is mature enough to discount the exaggerations; but the same cannot be said about the semi urban and rural voters for whom TV is possibly one of the most important opinion leaders,” added Chakrabarti.

Said Prashant Bhojani, planner, Mediaedge:cia, “Advertising definitely gives you more eyeballs to spread awareness about the various parties but whether they spur action is debatable. Campaigns prompting individuals to “jaago” are good but in reality how does one “jaago” to know the true picture?”

“I think we are all influenced by what we read and see. That’s why advertising works. So, in essence any form of media does have the ability to build perception and influence opinion. That’s the reason one expects the Fourth Estate to be credible and unbiased. A discerning reader or viewer, I am sure, will be able to see biases of news media over a period of time. It does not happen with one article or story. In any decision making, editorial matters big time. When it’s editorial content it is perceived to be credible, unbiased and honest. Advertising also influences decision making but editorial definitely has a much bigger impact. ”

“Of course! News papers and news channels help the voter in making up his mind. People who watch TV and read newspapers are better informed about their candidates. These empowered people guide others as well. If news media is biased the viewer does get to know. That is why the newsrooms have to take extra care to keep a balance. At India TV it is editorial that matters most when it comes to elections. We feel our first and foremost responsibility is to enlighten the viewer. ”

“We should be enthusiastic and know all that there is to know about the candidates in our constituency but unfortunately we are not even aware of them. The true pictures of the political candidates are not clear. What we see and read is only the battle between the post, power and money. So it is like voting for the best amongst the worst. Media does play the role of informing the citizens on what’s happening in the country about politics, but when it comes to the individual decision of giving votes, I’m sure most of the citizens do not even know their candidates .The earlier propaganda of door-to door voting was at least more informative. ”

“We get influenced by work we see happening around us at the local, national and international level. Obviously, most of the national / international developments are brought to us through media but media does not play an influencer; for me it is just a news provider. Media has been known to be biased and we are biased towards the media that we opt to see or read. But we are moving in the direction that sees media being fair. Media houses have done good work recently to earn the distinction of being fair. Advertising definitely does not matter. Editorial, being a more serious form of communication, gets a bit more weightage.”

“I was going through a comparison on the election manifestoes of the Congress and the BJP on yahoo.com. It was the clarity of the content that got me reading it. In fact, I’ve recently acquired an interest in political news and that’s just to understand who I should be voting for the next time. Till such time I’ve more clarity, I wouldn’t be able to see through any biases. I think people ought to exercise their discretion and not fall for party specific campaigns. I would like to mention the mudslinging that the BJP had done over the Congress through one desperate campaign (Mehengi padi Congress). Such loud advertising is definitely misleading.