2019 should hopefully put Rishabh Pant into the coveted league of brand ambassadors. 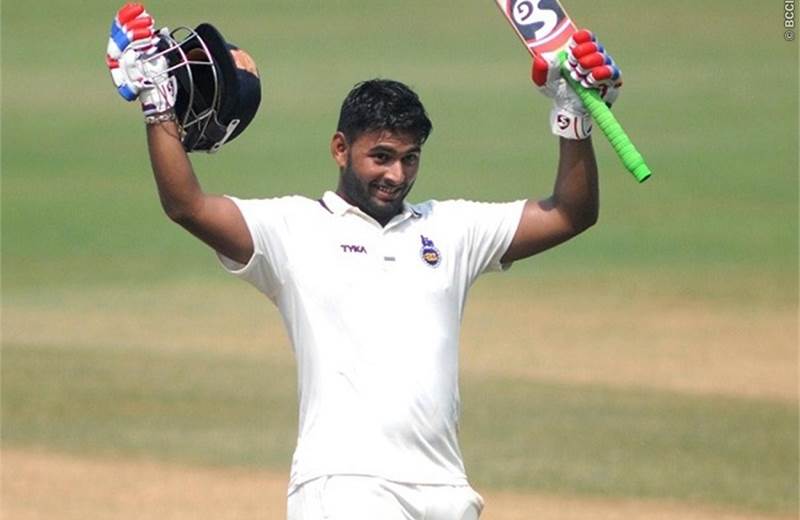 Last week, the Indian Institute of Human Brands (IIHB) ran a small-sample research in Mumbai and Benares, with a 100 respondents each in the two geographies to gauge the relative popularity of five young cricketers: Prithvi Shaw, Jasprit Bumrah, Rishabh Pant, Hardik Pandya and Kuldeep Yadav. The research was intended to calibrate each of these cricketers over one dozen attributes covering Image, Personality and Human factors. A more fuller research normally covers a Human Brand over 68 attributes, but this year-end-year-beginning mini-study was just to see if the boys could be separated from the men, and this baseline research could help marketers choose perhaps one of these emerging stars as a brand ambassador for their brand for 2019. The choice of Shaw, Bumrah, Pant, Pandya and Yadav was dictated by their good performances over the year gone by. Pant emerged ‘triumpant’ amongst his cricketing peers in the survey.
Right hand opening batsman, Prithvi Pankaj Shaw, was the captain of the national under-19 cricket team. In November 2013, Shaw established a new record of 546 runs from 330 balls playing for Rizvi Springfield in a Harris Shield match, the highest ever score in Indian schools cricket. Shaw made his Test debut against the West Indies in October 2018, scoring a maiden Test century, the youngest Indian to do so at age 18 years and 329 days.
Right-arm fast-medium bowler, Jasprit Jasbirsingh Bumrah, actually bowled a delivery at 153.26 km/h during the first Test match of the current India Tour of Australia 2018 at the Adelaide Oval, making him one of India’s fastest quickies ever. His Boxing Day Test haul of 6/33 in the Australian first innings made him the first Asian bowler to take five-wicket hauls in Australia, England and South Africa in the same calendar year.
Wicket-keeper Rishabh Rajendra Pant made his Test debut against England in August 2018 with a six to get off the mark, the first ever Indian batsman to do so. His maiden Test century against England made him the first Indian wicket-keeper to score a hundred in England. In December 2018, during the first Test against Australia, he took eleven catches, the most by a wicket-keeper for India in a Test. In January 2019, during the fourth Test against Australia, Pant became the first wicket-keeper for India to score a century in a Test match in Australia.
All-rounder, Hardik Himanshu Pandya, holds the record for scoring the most number of runs (26) in a single over of a Test innings for India. When Pandya scored his maiden Test century at Pallekele in Sri Lanka, he set the record for becoming the first Indian batsman to score a Test century just before lunch. Pandya also holds the record for being the first Indian to take 4 wickets and score above 30 runs in a T20I in the same match.
Spinner, in fact Chinaman specialist, Kuldeep Yadav is only the second Indian other than Bhuvneshwar Kumar and the third spinner other than Imran Tahir and Ajantha Mendis to take 5 wicket hauls in all three formats of international cricket. His hat-trick in September 2017 made him just the third bowler after Chetan Sharma and Kapil Dev to achieve this feat in an ODI for India.
2018 saw peak performances from all of the five young players above, though Shaw and Pandya have been laid low by recent injuries. Despite being match winners for India, none of this young brood, except Pandya, has actually won any significant brand endorsements. Hardik Pandya features today in ads for Gulf Oil, Gillette, Zaggle, Sin Denim, D:FY, boAt and Oppo, most of these signed up in the year 2018. He has also recently been seen in an ad for Star TV alongside MS Dhoni. Shaw, despite his heroics, only managed the MRF logo on to his prolific bat in 2018. He also has an existing endorsement deal with Protinex and a small deal with a brand called Youva. Bumrah does have a deal with Zaggle but no ads have really been seen. Yadav and Pant are yet to open their accounts in the brand endorsement business so far.
The research by the Indian Institute of Human Brands (IIHB) shows all five young cricketers clustered together very very closely, with brand maps that almost overlap on most attributes. Nevertheless, Pant leads on Trustworthy, with Yadav not very far behind. There is not much to choose between these cricketers on Innovative though Pant leads, and Yadav is again a close second. Scores on Prestigious are low for all, but again Pant leads. Pant is ahead of the rest again on Stylish and Daring. Yadav and Bumrah lead on Intelligent perhaps because of their wiley bowling. Pant again leads on Likeable, Fun, Charming and Worth More. Pandya is next best on Fun and Charming while Bumrah is second best on Likeable.
While the research puts Rishabh Pant ahead of the rest of his young team mates, the success he has had in the on-going Australia series could have had a halo effect on the scores, giving him the advantage of recency in recognition, rememeberance and recall. Because of being on sick leave, Prithvi Shaw has surely suffered. Though his noteworthy prodigious performance was not too far back in the year, Shaw seems already a bit faded compared to Pant for example being visible and in all the current news not only as a wicket-keeper, a centurion batsman but also for the ‘baby-sitting’ episode with the Australian captain Tim Paine. Nevertheless, Pant shines ahead of the rest of the pack, whatever be the reasons.
2019 should hopefully put Rishabh Pant into the coveted league of brand ambassadors. Unfortunately, past trends show that in cricket, ‘captain-takes-all’ has been the norm over the years. Most of the endorsements in their times were cornered by captains Sachin Tendulkar, Sourav Ganguly, Rahul Dravid and MS Dhoni when they helmed Team India. Captain Virat Kohli today has almost 25 brand endorsements with no No. 2 in close range. Bowlers have never really been favorites with marketers. Kapil Dev was the only real exception, but then he was much much more as a cricketer and a World Cup winning captain.
If Brand Pant does take off in the new year, he will emulate his illustrious predecessor MS Dhoni who started to get some endorsements even before he became Captain Cool. For Pant, that shall surely be a big achievement. Pant seems a quick learner. During the Melbourne Test, Australian captain Tim Paine had advised Pant to join the Hobart Hurricanes in the Big Bash League in the wake of MS Dhoni's return to the Indian limited-overs team. The piece of advice was followed by the nasty ‘baby-sitting’ jibe. But Pant made the most of a chance meeting with Paine’s wife and kids at a reception hosted by the Australian Prime Minister. Paine’s wife Bonnie posted the picture with Pant on Instagram and called him the ‘best baby-sitter’ in the world. The picture went viral like crazy and young Pant suddenly found himself more famous as a baby-sitter than a wicket-keeper or a batsman! There is something fun and likeable about Pant’s personality and the IIHB survey seems to have captured some bit of that sentiment. Perhaps brand managers too will like Pant’s playfulness and exuberance and deem him a good choice to represent, and promote, their brands in 2019.
Actually, it is a trifle unfair that the likes of quickie Jasprit Bumrah have not found any recognition from brand marketers. There have been recent reports of sporting brand ASICS signing up Bumrah and his bowling partner Bhuvneshwar Kumar but one has still to see a campaign featuring the duo together. Fast bowlers are normally favored worldwide because they have a certain charisma and personality. No wonder, Brett Lee signed up with Timex, Tag Heuer chose Kagiso Rabada and Dale Steyn got to endorse Nissan in South Africa. In India, fast bowlers are still to get their due. This is all the more surprising because India has traditionally been a land of spinners and the emergence of a true quickie should actually be good news to brands in categories like milk additives, colas, foods, bikes, lubricants, tyres, fashion and more. I hope in 2019, this wrong of ignoring pacemen will be righted by at least some brands.
Captain Kohli continues to fire with all cylinders blazing, both on-the-field as well as off-the-field. His consistent top gun performance however should not rob his other team mates, especially the younger ones, of opportunities to play brand ambassadors. It is actually in the interest of brand marketers to expand the portfolio of endorsers so that it does not look and feel as if Indian cricket is only about Virat Kohli, and absolutely no one else.
(Dr. Sandeep Goyal is an expert in Human Brands with a PhD in the subject from FMS-Delhi.)