The brand claims that Lux Cozi not only copied its creative concept, but also stole its executional elements

J G Hosiery, makers of Macho Innerwear, have alleged that Lux Cozi has copied its Amul Macho ‘Toing’ ad, which was released back in 2007.
The brand claims that the Lux Cozi ad - currently being aired on various news channels and on Sony TV, has ‘blatantly’ plagiarised the storyline of Amul Macho's popular ‘Yeh toh bada Toing hai’ ad.
According to the statement in a press release, J G Hosiery explained how the Lux Cozi ad, starring actor Varun Dhawan, shows a woman holding up her man’s Lux Cozi underwear, implying that it's safest for Dhawan to keep his distance from her.
It claims that the ad draws its similarity from the Amul Macho ‘Yeh toh bada Toing hai’ ad, where actor Sana Khan held up the innerwear in a similar way, making the statement implying, “My man wears this.” The brand believes that its creative asset has been copied rather seriously and cannot be deemed as mere co-incidence.
It states that Lux Cozi has not only copied its creative concept, but also stolen its many executional elements, including the way the woman holds up the underwear and the colour and shape of it.
It also notes that the expressions of the support cast and theme music too have been pilfered by the accused.
J G Hosiery has termed this as an opportunistic brand-building attempt and has gone ahead to file a complaint against Lux Cozi, with The Advertising Standards Council of India (ASCI), accusing the latter of plagiarism. The complaint has been accepted by ASCI for further processing.
The release also quoted a clause from the Chapter IV of the ASCI Code, Clause 4.3, which states - “Advertisements shall not be similar to any other advertiser’s earlier run advertisements in general layout, copy, slogans, visual presentations, music or sound effects, so as to suggest plagiarism”.
Navin Seksaria, CEO, JG Hosiery, said, “We find it shocking that a worthy and esteemed competitor appears to want to ride on the creative success of a brand that’s a market leader in its category, by blatantly copying its popular ad concept and executional elements. We hope good reason will prevail and the copied ad will be withdrawn forthwith.”
Waiting on ASCI’s decision, J G Hosiery has expressed concern that the ad by the allegedly accused be restrained from airing.

Year-ender 2021: ' Traditional retail will be back with a vengeance' – Ninad Umar... 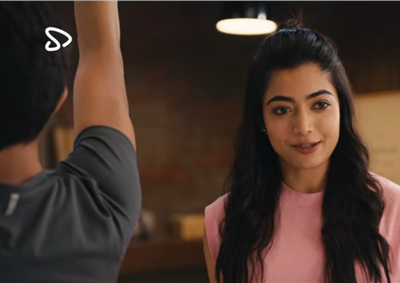